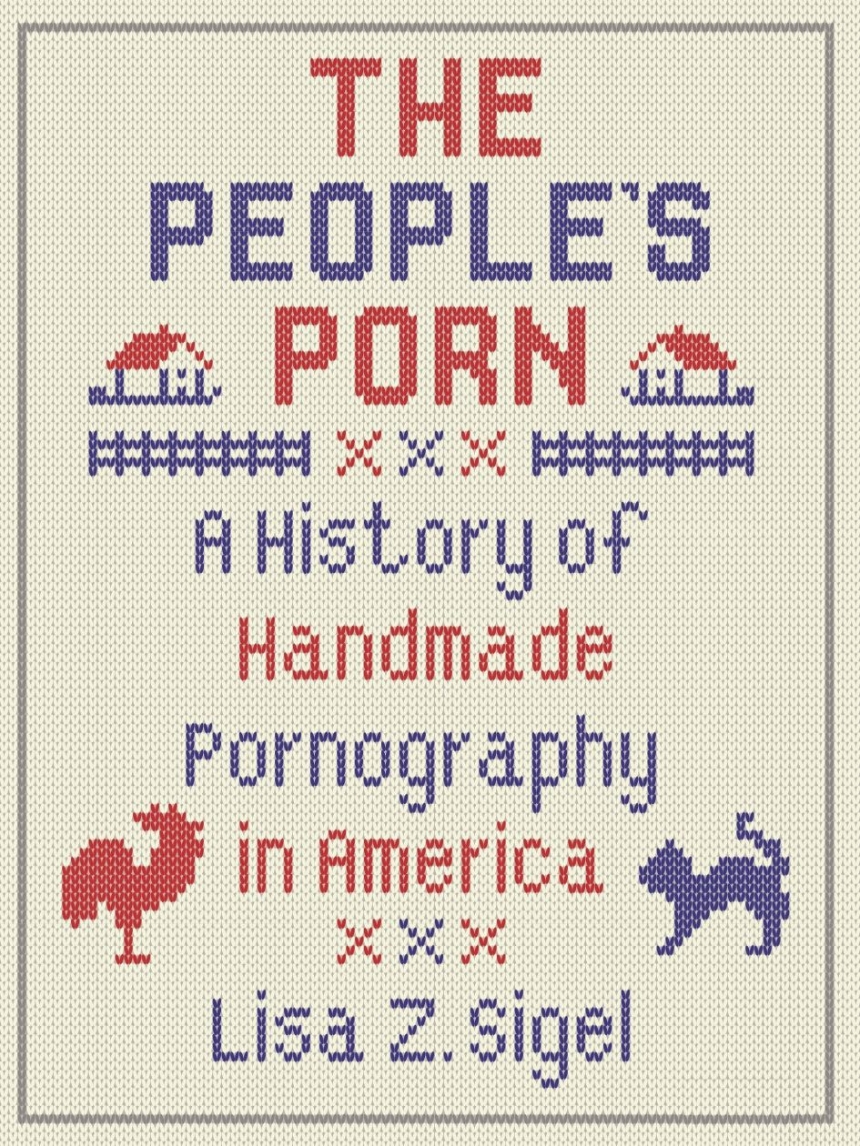 A History of Handmade Pornography in America

A History of Handmade Pornography in America

Critics tend to focus on mass-produced materials and make claims about pornography as plasticized or commodified. In contrast, eminent historian Lisa Z. Sigel looks at what people made, rather than what they bought, revealing how people thought about sexuality for themselves. She also explores periods when these sexual artifacts were pilloried, ransacked, and destroyed, providing a unique document of rare nineteenth- and twentieth-century objects. Whalers and craftsmen, prisoners and activists, African Americans and feminists—all made their own pornography. Ranging across the full sweep of this output, The People’s Porn challenges preconceptions as it tells a new and fascinating story about American sexual history.

"Perhaps unsurprisingly for a book of this nature, the accompanying photographs are just as compelling as the text itself, if not more so. There are 97 of them, and they are frequently hilarious. . . . Sigel is a companionable guide . . . with occasional flashes of wit and bawdy remarks."

Antiques and the Arts Weekly

"Sigel effectively refutes several misconceptions about pornography. First, despite commercial pornography’s extensive reach and impact, much of pornography is 'small business' and not industrialized. Given that, historically, both production and distribution of pornography were limited, pornography for most of its history has been amateur and homemade, both past and present. Second, although the rise of amateur pornography is commonly attributed to the rise of the internet and the spread of more affordable technology in the last twenty years, its contemporary history dates back at least to the early nineteenth century, primarily in the form of homemade pornography. Although studying pornography from the past can be challenging because much has been destroyed by 'anti-porn crusaders,' with close to one hundred pictures, this book clearly illustrates that amateur pornography existed as drawings on scrimshaw teeth, carved compass cases, and coffin figures, among many other forms. These handmade and homemade pornographic objects that escaped destruction reveal the history of amateur pornography in the United States, which showcases consumers’ pursuit of something real, even if the notion of authentic sex and sexuality in itself may be nebulous. Recommended."

"In this extensively researched volume, professor of history and author Lisa Z. Sigel counters the historical and ideological arguments against pornography. As she states in the book’s introduction, much as antiques allow us to imagine the world of the past, historical pornography shows us how people understood sexuality."

“Sigel fearlessly explores popular erotica, an unknown country where few scholars dare to venture. Her latest book is a fascinating feat of historical archaeology, uncovering rare sexual artefacts and perceptively revealing their significance. She proves that pornography is not always ‘commercialized’: it can often be a lively folk art produced by ordinary men and, yes, women.”

Linda Williams, Professor Emerita of Film, Media, and Rhetoric at the University of California, Berkeley, and author of “Screening Sex and Hard Core: Power, Pleasure and the ‘Frenzy of the Visible’”