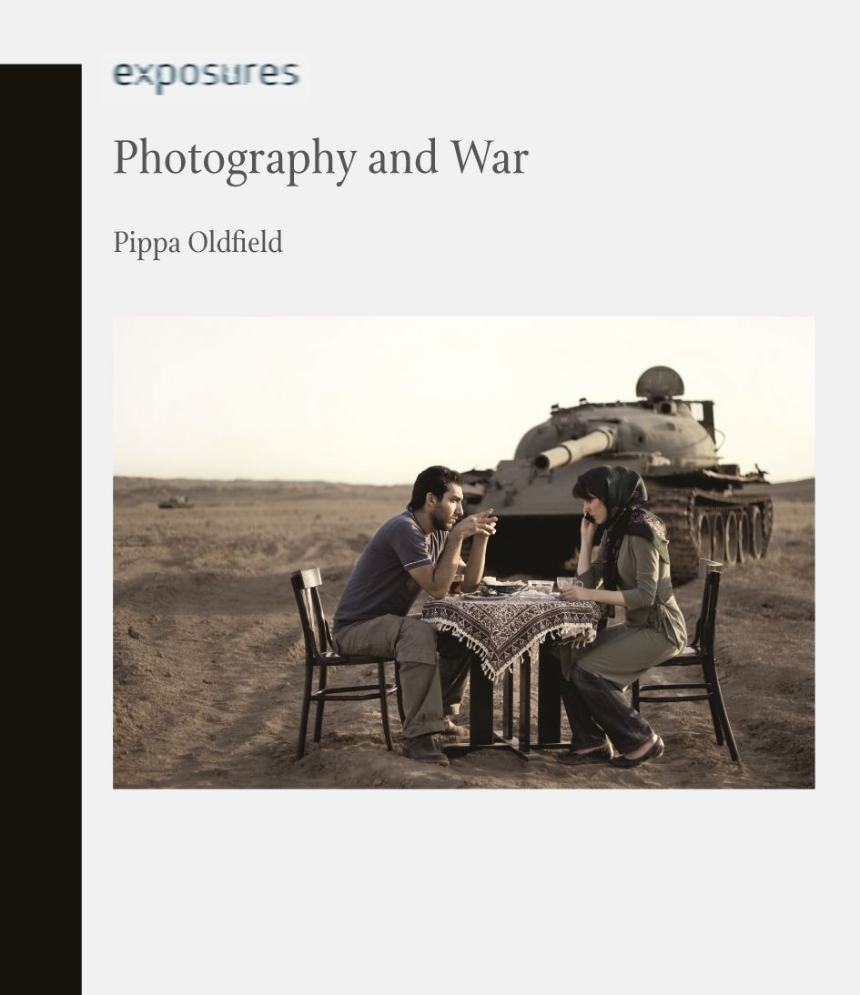 There are countless books on war photography, most of them focusing on dramatic images made by photojournalists in combat zones. Photography and War instead proposes a radically expanded notion of war photography, one that encompasses a far broader terrain of geographies, chronologies, practices, and viewpoints. Pippa Oldfied considers photography’s fundamental role in military reconnaissance, propaganda, and protest, as well as the exposure of war crimes and the memorialization of war, among other themes. While iconic images by well-known names such as Roger Fenton and Robert Capa are included, the viewpoints of people who have historically been overlooked—women and photographers from diasporic and non-Western backgrounds—are significantly gathered here. As a result, this book offers a nuanced and more inclusive understanding of war as a far-reaching undertaking in which anyone might be implicated and affected.

Richly illustrated, with some photos published for the first time, Photography and War offers an accessible and well-rounded introduction to photography’s perhaps most contested, complex, and emotive subject.

"Photography and War is an important contribution to the thematic historiography of conflict photography. It is also the latest addition to Exposures, Reaktion's excellent series of books dealing with the history of photography. . . . Oldfield is to be congratulated on her efforts to reference lesser-known conflicts and diverse perspectives within the book. . . . She also, correctly, highlights the highly problematic nature of truth in war photography. . . . Recommended reading for anyone wishing to explore the fascinations and frustrations of war photography in all its forms."

"This is not a book about famous war photographers and their heroic attempts to cover global conflicts. Photography and War is a monumental study of what conflict photographs do and have done globally since 1839 to the present day. . . . Photography and War destabilizes traditional notions of war photography, including a wide range of materials that are often overlooked in the canon. . . . The result is a fascinating, incisive study that leaves the reader wanting to know more. . . . A brilliant book and an excellent resource for all photographic historians."

"A vivid, perceptive inquiry into how and why photography and war have been so closely intertwined from the mid-1800s onwards. Important issues and debates are examined in compelling detail, affording today’s reader a rich understanding of historical evolutions in photographic form and practice, and why these transformations matter for current efforts to reimagine war photography anew. Highly recommended."

"This penetrating survey of war photography is captivating and necessary to give us an understanding of the many facets of this genre. Oldfield shows us how the technology and the use of the photographic image evolved through history to serve the lies of the propagandist and the truth of the witness, becoming in some cases a weapon in itself. This book is a must-read for anyone interested in war reportage or who wants to know the story behind the representation of conflict in all its forms."

"A thorough and perceptive exploration of both medium and message. Oldfield considers the imagery, purpose, means of dissemination, and audience for war photography, examining its role as document, tool of propagandists, and memorial, while also focusing on the relationship between technology and the military. Essential reading."