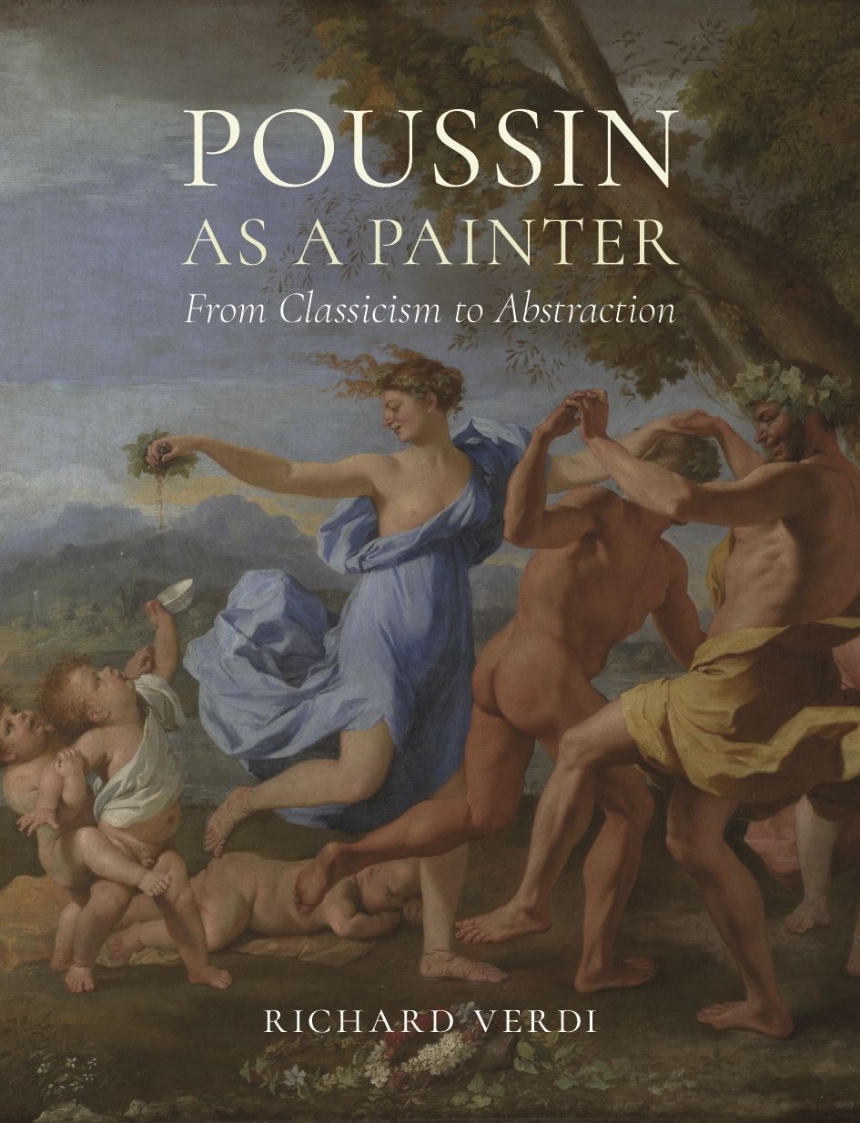 Poussin as a Painter

From Classicism to Abstraction

Poussin as a Painter

From Classicism to Abstraction

Universally regarded as the father of French painting, Nicolas Poussin is arguably the greatest of all painters of the French school. Yet Poussin’s reputation has been founded more on the intellectual and philosophical qualities of his art than its sheer visual beauty.

In Poussin as a Painter: From Classicism to Abstraction, Richard Verdi redresses the balance, describing and analyzing Poussin’s outstanding gifts as a pictorial storyteller, designer, and colorist—in short, the purely aesthetic (and often abstract) aspects of his art that have inspired so many later painters, from Turner to Cézanne to Picasso. The book features more than two hundred illustrations, the majority in color, and encompasses all aspects of Poussin’s art from the mid-1620s to his death in 1665. This groundbreaking study will shed new light on this significant French painter.

"Verdi makes a case for Poussin as a painter in the fullest sense of the word. His Poussin thinks, but he does so through composition and color. In twelve lavishly illustrated chapters, Verdi comments on most of the major pieces Poussin made between his earliest surviving painting, a dignified altarpiece showing the Death of the Virgin in 1623, and his last, the unfinished Apollo and Daphne of 1664. Like a successful exhibition, the book makes its arguments through the juxtaposition of images and a detailed commentary. Verdi was for many years the director of the Barber Institute at the University of Birmingham, and put on major Poussin shows at the Royal Academy and the Scottish National Gallery; he writes with the easy authority of a curator sharing the art he knows best."

"Stands out for its original approach. . . . Verdi's penetrating analyses of Poussin's compositions, which have the elegance of mathematical proofs, draw on visual parallels between different paintings presented on a single page or over two adjacent pages of the book—one of the most striking features of this publication. . . . Verdi's sophisticated, elegant prose is a delight to read. His meticulous eye and astute, insightful analyses will help a new audience discover an artist with a widespread reputation for being difficult. And we know that those who manage to take this first step remain forever captivated by the artistic world of the man Verdi justly describes as France's greatest painter."

"Superficial viewers of Nicolas Poussin’s art have tended to describe its maker as a cold academician, a theoretician of sterile classicism. But that’s not how at least one of his contemporaries in Rome thought of the future father of French painting...Indeed, if you’ll forgive the somewhat crude analogy, a better way to think of Poussin might be as sort of painterly pressure cooker: trapping the explosive and inchoate energy of life, through his superior intellectual faculties, into an improbably held equipoise and harmony—to often nutritious and delicious effect...In a new monograph on the painter, Verdi embarks on a sustained formal investigation of Poussin’s art, seeking to shed light on just how and why these achievements have had such lasting influence. Those seeking an introduction to the painter and committed disciples alike will find much of use in this well-illustrated volume."

"In Poussin as a Painter, Verdi comes to the defense of a great French classicist renowned for his froideur—not coldness, but more like a sense of reserve."

"Verdi focuses on the French baroque painter’s compositional and coloristic strategies. The intellectual framework for Poussin’s severe classicism has been thoroughly examined by other scholars, but Verdi’s careful visual examination of all of Poussin’s paintings in the original allowed him to reassess Poussin’s formal qualities and the inventiveness of his compositions. . . . Poussin’s color, which has been either criticized or ignored in previous scholarship, is one of the focuses of Verdi’s analysis. Poussin used color to convey meaning and bolster his narrative with the triad of primary colors and white—a restricted palette that served as a building block for his compositions. Poussin’s variations on pose and gesture are similar to classical modes, which refer to the measure and form of things in moderation. Verdi concludes with a reassessment of Poussin’s serene, balanced landscapes and a summary of his influence on posterity. Recommended."

“By careful forensic analysis of each composition, the author reveals how Poussin’s rigor and discipline forge unity from diversity.”