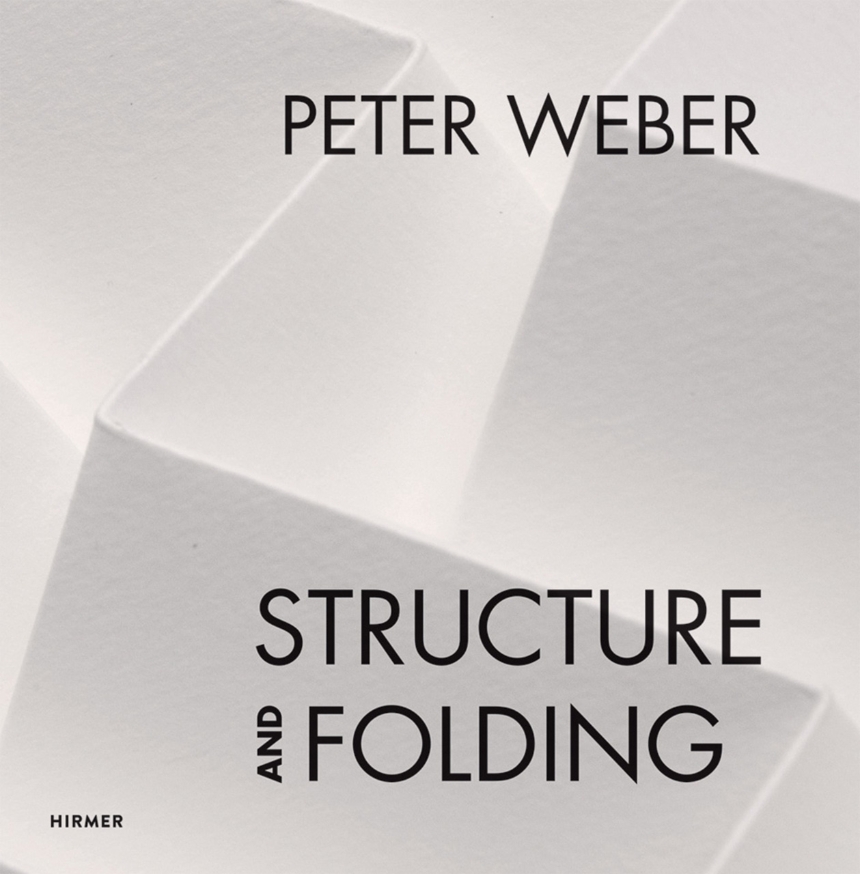 The three-dimensional artworks of Peter Weber (b. 1944) reflect a stunning technique: each work is created from a single piece of material that is intricately folded—all without making a single cut to the material’s surface. Now, after an astonishing fifty-year career, the artist is receiving fresh recognition for his brilliance in the form of the two-volume catalogue raisonné Peter Weber.

Weber’s artistic path reveals a strong affinity for abstraction and the principle of wholeness. After studying design at the Hamburg University of Applied Sciences, Weber focused on concrete art. His early work as a painter was influenced by op art and imaginary space, but he soon became fascinated with the mathematical possibilities inherent in the technique of folding. In addition to felt and paper, Weber folds a variety of other materials, such as linen, cotton, plastic, and even steel.

The first volume of the catalogue raisonné, Structure and Folding, outlines seven major groupings within Weber’s body of work and contextualizes them with explanatory essays. The second volume, Catalogue Raisonné 1968–2018, lists Weber’s more than 1,700 works in chronological order. With over fifteen hundred color illustrations, these two volumes stand as the most authoritative source on Weber to date.