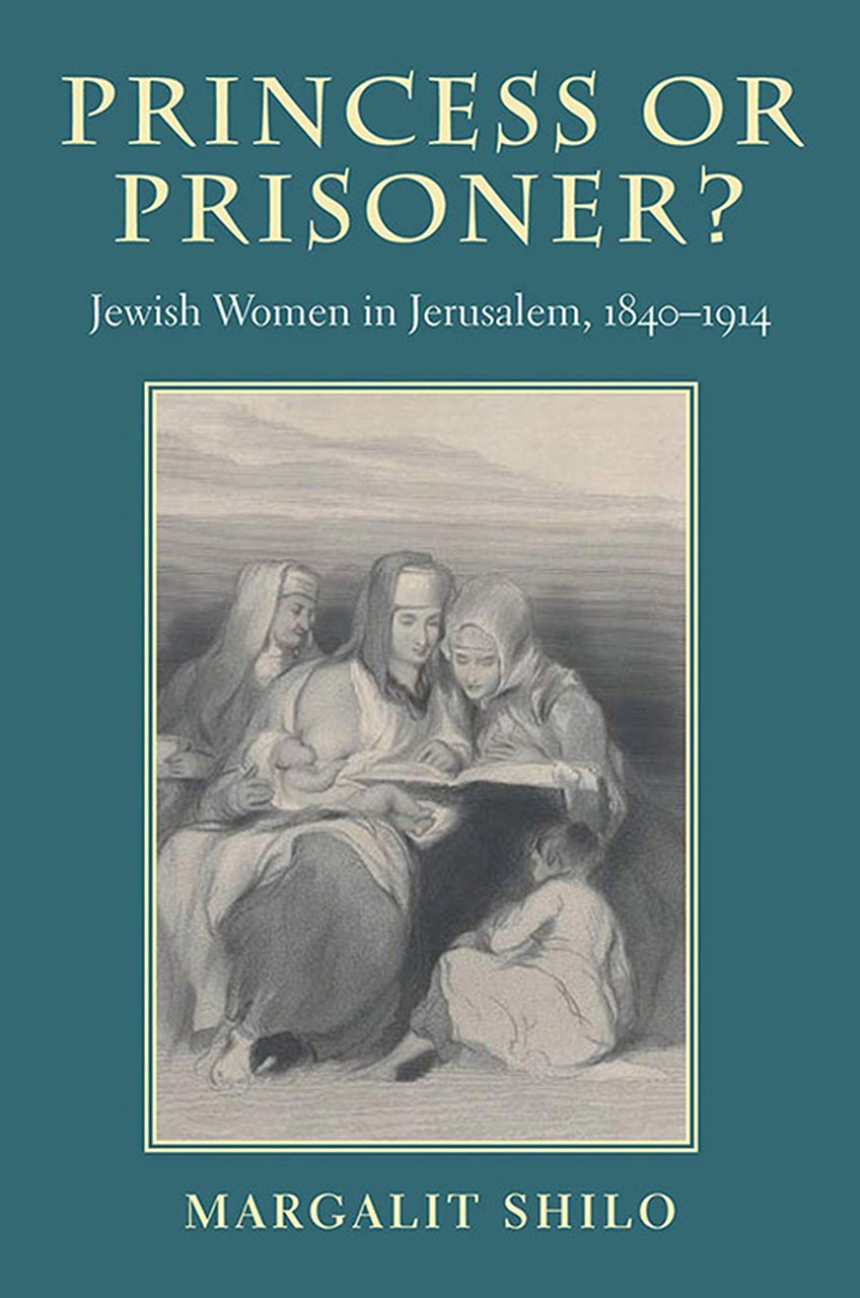 This is a fascinating journey into the world of women in the ultra-Orthodox Jewish community of Jerusalem toward the end of Ottoman rule in the Holy Land. Until now, the story of life in the Land of Israel in this period has been told exclusively from the male viewpoint—a story of religious observance and fulfillment confined to the male world of Torah study and prayer. Margalit Shilo sheds new light on female society of the time, a subject nearly untouched by historians. Through painstaking research, Shilo has unearthed a wealth of primary sources, including women’s memoirs, letters, and the contemporary Jewish press. The author weaves together the different threads that made up the world of ultra-Orthodox women in Jerusalem: the experience of immigration to the Land of Israel, marriage, the family unit, economic and philanthropic activities, and female scholarship. She also takes a hard look at the adversities of women’s lives, such as desertion, poverty and prostitution. By revealing the unheard, unseen female voice, Shilo paints a new and lively picture of Jewish society in Jerusalem around the turn of the nineteenth and twentieth centuries.

Acknowledgments • The Female Experience of Immigration • Male Initiative: Immigration as Breakup or Unification of the Family • Female Initiative: Immigration as a Quasi-monastic Experience • The Experience of Self-Sacrifice: Sanctification of Suffering • Identification with Jewish Historical Reference • Pilgrimage to the Holy Places: Immigration within Immigration • Hilulot: Festivities at Saints’ Gravesides • Rachel’s Tomb as the Culmination of Women’s Immigration • A New Reality • Princess or Prisoner? Marriage as a Female Experience • Marriage as a Necessity: The Power of the Community • Marriageable Age • Matchmaking: A Deal, A Quick Look. and Agreement • Intercommunal Marriages as a Two-Way Street • The Dowry • The Engagement Ceremony • The Wedding Celebrations • Captive Under the Wedding Canopy • Women at Home • Women’s Clothing: Private and Public Aspects • The Home: Physical Space and Its Influence on Women’s Lives • Marital Relationships as a Mirror of Perception of Family • Childbirth and the Newborn • Mothers and Children • Divorce: Dissolution of the Family Unit • The Gender-Shaping Aspect of Jerusalem Regulations • Women in the Public Sphere: Religious, Economic, and Philanthropic Involvement • The "Women’s Section" as Symbol of Their Activity in the Public Sphere • Economic Life in Jerusalem • Women in Business • Women in Menial Occupations • Women in Health Services • Form Domestic Handiwork to Home Industry • Women in Education as a Channel of Modernization • Wealthy Women • Philanthropy as Women’s Path to the public Sphere • Charitable Institutions: Women in Voluntary Social Work • Hospitalilty as Creation of Life • Ezrat Nashim in Jaffa: The Beginnings of Women’s Self-Organization • Ezrat Nashim in Jerusalem: Women of Women • Ezrat Nashim as a Modernizing Force in Jerusalem • Economics and Philanthropy Pave the Way for Women in Public Service • Scholarship, Illiteracy, and Educational Revolution • Learned Women in Jerusalem • The Education of Jewish Girls: Tradition and Revolution • Rothschild and Montefiore: First Experiments on Education • Educational Initiatives in Jerusalem • Evelina de Rothschild School, 1868-1894: "Bits of Education" or a "Real School"? • The Anglo-Jewish Association: Girls’ Education as a Path to Western-Style Progress • Evelina de Rothschild School, 1894-1914: Flagship of AJA • An Integrative Educational Institution • Evelina de Rothschild School: Society and Gender • Ultra-Orthodox Educaion for Girls before Beis Ya’akov • On the Margins of Society: Poverty, Widowhood, Husband Desertion, Prostitution, Missionary Efforts • A City of Poverty • Begging Letters • Widows • Agunot (Deserted Wives) • Prostitution • The Threat of the Mission • Help from the Mission: Medicine, Employment, Education • Conversion • Combating the Mission: Society’s Attitude to Its Periphery • Women: The ’Margins" of the "Margins" • Epilogue: The Female Experience in Jerusalem: Honing Historical-Cultural Insights • The Unique Jerusalem Character • The Female Jerusalemite: Another Look at the perception of Women in Judaism • Gender and the Fall of the Old Yishuv: The Link between the Old and the New Yishuv • Notes • Bibliography • Index