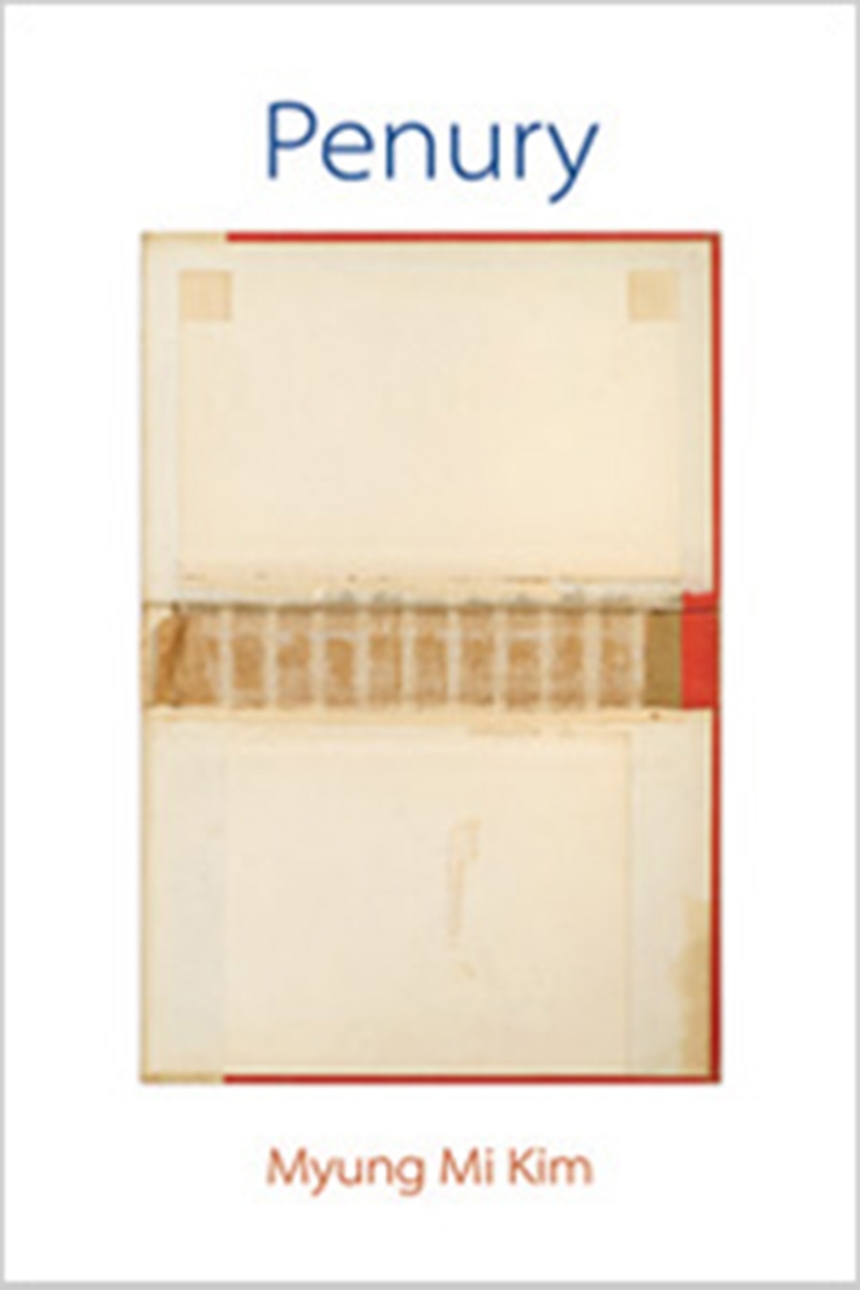 In Penury, Myung Mi Kim probes sanctioned norms of cognition by breaking communication into its most discrete components. With these irruptions and suspensions, she writes into extremes of forced loss, violence, and impoverishment. Exposing latent relations in sound and sense, Kim proposes how new ethical awareness can be encountered where the word and its meaning/s are formed. Here, language is not offered as transparent communication of ideas, but as testament to and disruption of oppressive dominant concepts and cultural practices. "Penury" means poverty, but in this text’s radical relation to lack, we hear the most elemental and active forms of change.