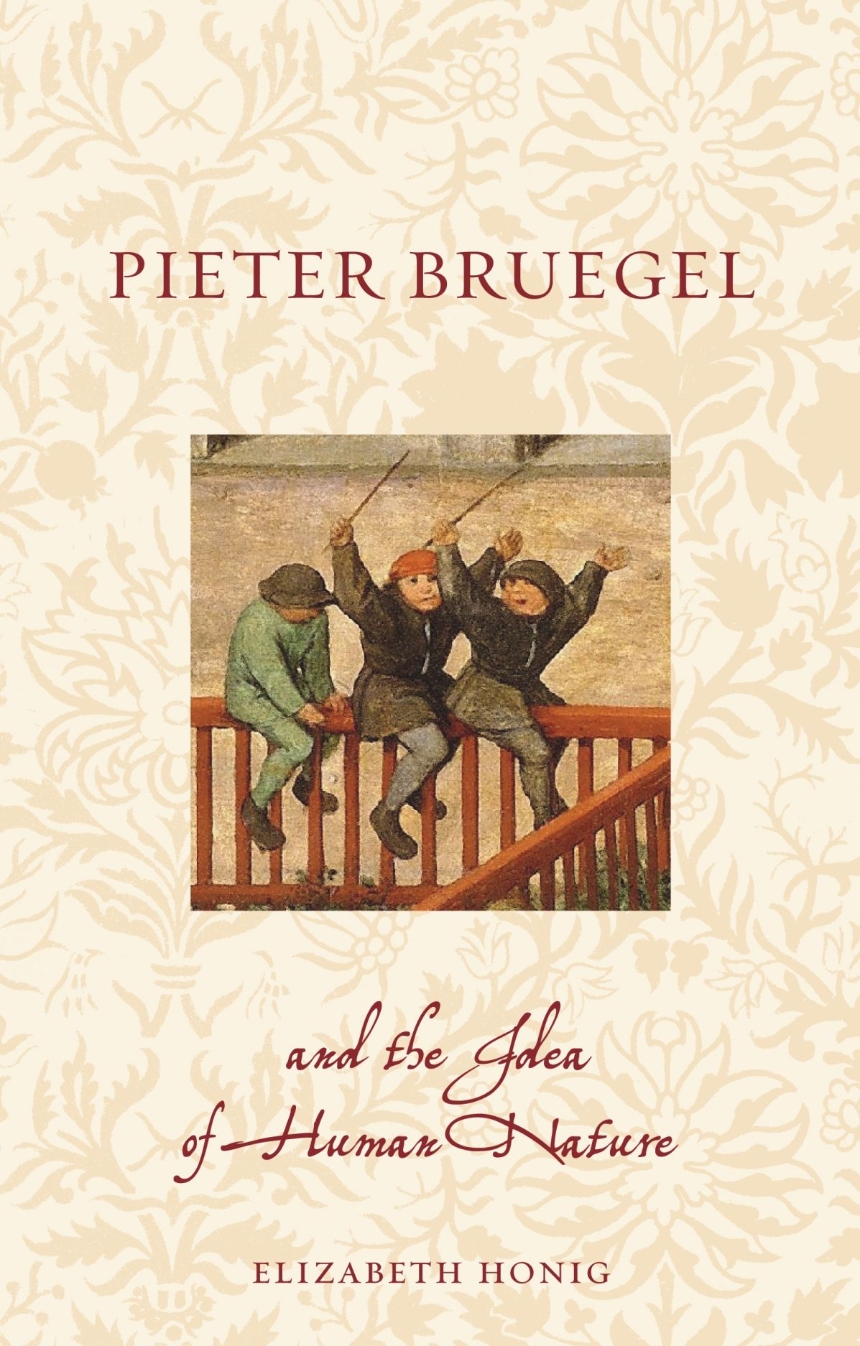 Pieter Bruegel and the Idea of Human Nature

Pieter Bruegel and the Idea of Human Nature

A fresh account of the life, ideas, and art of the beloved Northern Renaissance master.

In sixteenth-century Northern Europe, during a time of increasing religious and political conflict, Flemish painter Pieter Bruegel explored how people perceived human nature. Bruegel turned his critical eye and peerless paintbrush to mankind’s labors and pleasures, its foibles and rituals of daily life, portraying landscapes, peasant life, and biblical scenes in startling detail. Much like the great humanist scholar Erasmus of Rotterdam, Bruegel questioned how well we really know ourselves and also how we know, or visually read, others. His work often represented mankind’s ignorance and insignificance, emphasizing the futility of ambition and the absurdity of pride.

This superbly illustrated volume examines how Bruegel’s art and ideas enabled people to ponder what it meant to be human. Published to coincide with the four-hundred-fiftieth anniversary of Bruegel’s death, it will appeal to all those interested in art and philosophy, the Renaissance, and Flemish painting.

"In his landscapes, views of peasant life, and biblical scenes, sixteenth-century Flemish painter Pieter Bruegel the Elder focused on daily rituals of labor and pleasure. His wry works, often portraying workers in the fields or citizens going about their business in Antwerp or Brussels, emphasize the futility of ambition and the absurdity of pride."

"In this detailed and very readable book, to coincide with the 450th anniversary of Bruegel's death, Honing explores how people perceived human nature. Bruegel's success is to show us how insignificant we are throughout a life that throws everything at us; a great artist's work is able to speak for every generation and in Bruegel we learn how to fully understand our own fragile humanity. Full of beautiful illustrations, this is a book that will surprise and entertain you."

"Pieter Bruegel and the Idea of Human Nature is a welcome addition to Bruegel studies, one which this reader will turn to again and again for its depth, clarity, and sophistication."

"In this elegantly written and illustrated book, Honig explores the discursive nature of Pieter Bruegel’s art. . . . The book offers an encyclopedic investigation of the myriad human conditions Bruegel masterfully captured in his oeuvre and the cultural and social concerns to which they spoke. . . . A thorough work of scholarship that argues that Bruegel conceived of his works as pieces to provoke and promote contemplation and discussion—whether that be with oneself or between others—about the idea of human nature. . . . An enjoyable read, Honig’s book encourages us not only to reflect on the many conversations that Bruegel’s art could have engendered, but also to use his work to explore our own ways of understanding human nature."

"Bruegel’s paintings are conversation pieces depicting ordinary people rather than heroic figures, and they reveal human nature through proverbs and morals. Influenced by humanist scholars, Bruegel (1525–69) visualized philosophical ideas for people outside the academic world, and his prints and paintings depict folk tales and historical adages, sometimes in humorous form, that were important to civic education. He showed physical features that reveal inner character, utilizing a repertoire of human personality traits found in physiognomy books. Books such as Juan Luis Vives's On Assistance to the Poor, published in Bruges in 1526, confirmed people’s distrust of the disabled and poor as lazy, dishonest, and punished by God, yet in The Fight Between Carnival and Lent (1559) Bruegel shows the beginnings of a desire to keep social order through charity by bringing the marginalized to the center of his works. In Utopia (1516) Thomas More first suggested that those who mock are the disfigured. Honig’s thorough readings of Bruegel’s paintings give fresh interpretation of this idea. Recommended."

“In his own time, Pieter Bruegel’s art has been praised as the ultimate achievement in the representation of nature. . . . Honig’s book is the first to make us realize that this appraisal pertains to the representation of human nature of the people surrounding him—workers in the field, citizens of Antwerp and Brussels, noblemen, children, mercenaries, lepers, religious dignitaries, art lovers, humanists, and the like—and of humanity in general, inward and outward woman and man included. Bruegel’s own personality and convictions, she writes, largely remain opaque, but it is thanks to Honig’s marvelous descriptions of some of Bruegel’s most renowned pictures that our eyes are opened to both the ‘idea of nature’ as people conceived of it in his time, but also to Bruegel’s personal, deeply perceptive ideas about human nature.”

“Eloquently and effectively, Honig fulfills the promise of her title with a fresh, close look at Bruegel, among contemporaries, within his tumultuous era. She clearly articulates how the artist examined themes concerning basic human nature across his career. But in the process, she reminds us that while this thoughtful, engaged man laughed at the vices and follies of all humankind, like Democritus, he also, self-consciously, ultimately left us mute images to interpret alone.”