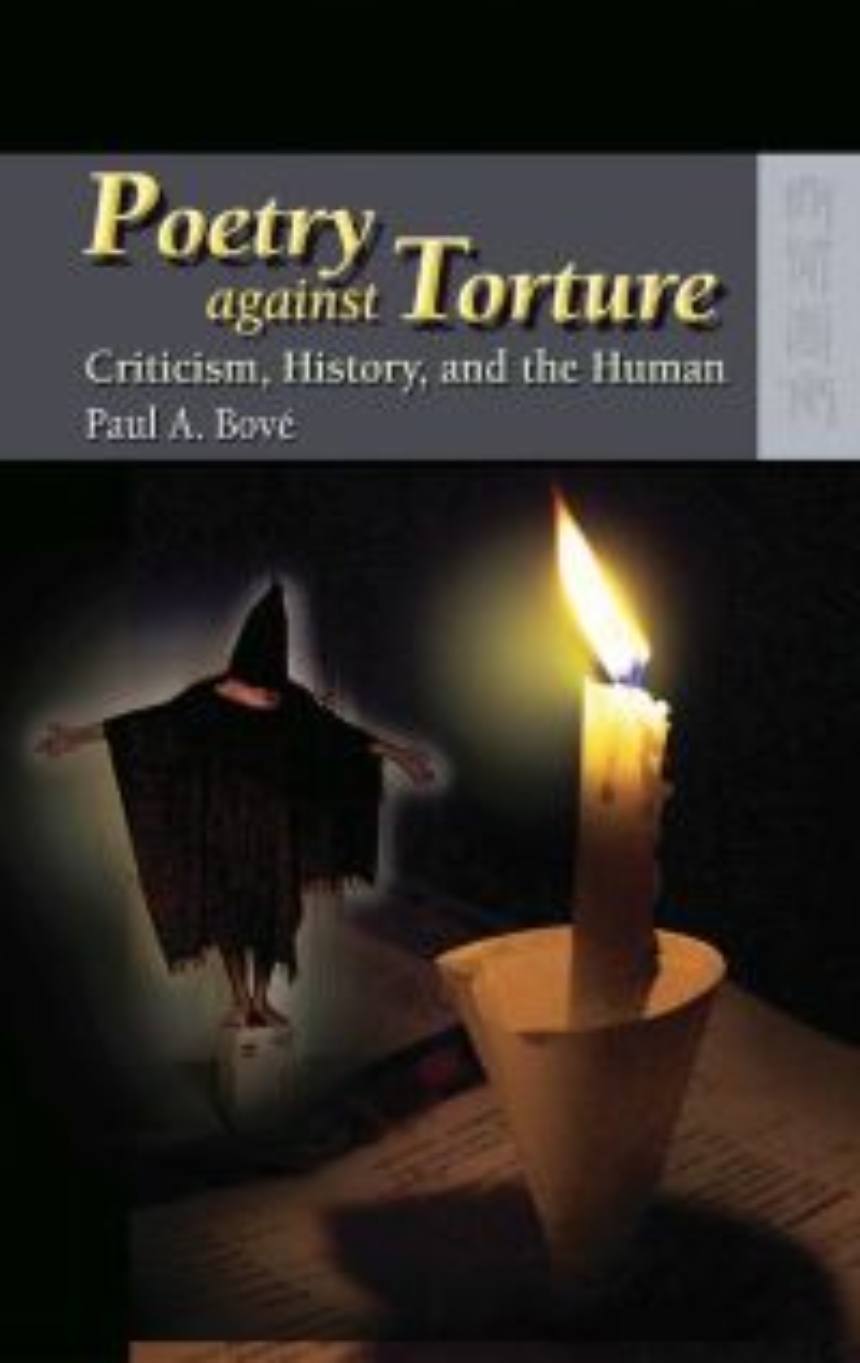 Criticism, History, and the Human

Criticism, History, and the Human

Poetry against Torture sets out the clear conflict between two competing conceptions of society and civilization. Poetry represents one the fundamental human capacity to make itself and its societies in ways that will produce the most nearly perfect form of the species. Torture represents the other—especially state torture—as that which fears the human capacity to evolve, to create alternative futures for itself, and to assume increasingly capacious and democratic responsibility for the justice and joy of its own being. Set against the dogmas of state regimes that torture, against the misapplications of technology to the destruction of human subjectivities, and against the use of spiritual traditions to suppress human poesis, this book speaks for poetry as the highest form of human consciousness, self-making, and imaginative possibility. Paul Bové sets out to remind society and intellectuals of the species’ dependence upon those historical processes of self-making that result from and make possible such remarkable achievements as Dante’s poetry, Bach’s music, and the very being of humanity as a historical species that has the right to imagine and create its own futures. To that end, it discusses poetics, Dante, and the great critic William Empson. It asks how essential is liberalism to human history and treats Mill at length. It asks about the relative importance of philosophy and poetry, and so discusses such contemporaries as Foucault and Said along with traditional figures such as Descartes and Vico. Among poets Wallace Stevens and George Herbert take central places as exemplary teachers. This is a book for all who abhor that persistently vile potential within modernity that prefers tyranny to democracy and analysis to imagination, who rather seek the reaffirmation of poetry, historicism, and humanity as the best chance for the human species to develop and for individuals to perfect themselves.