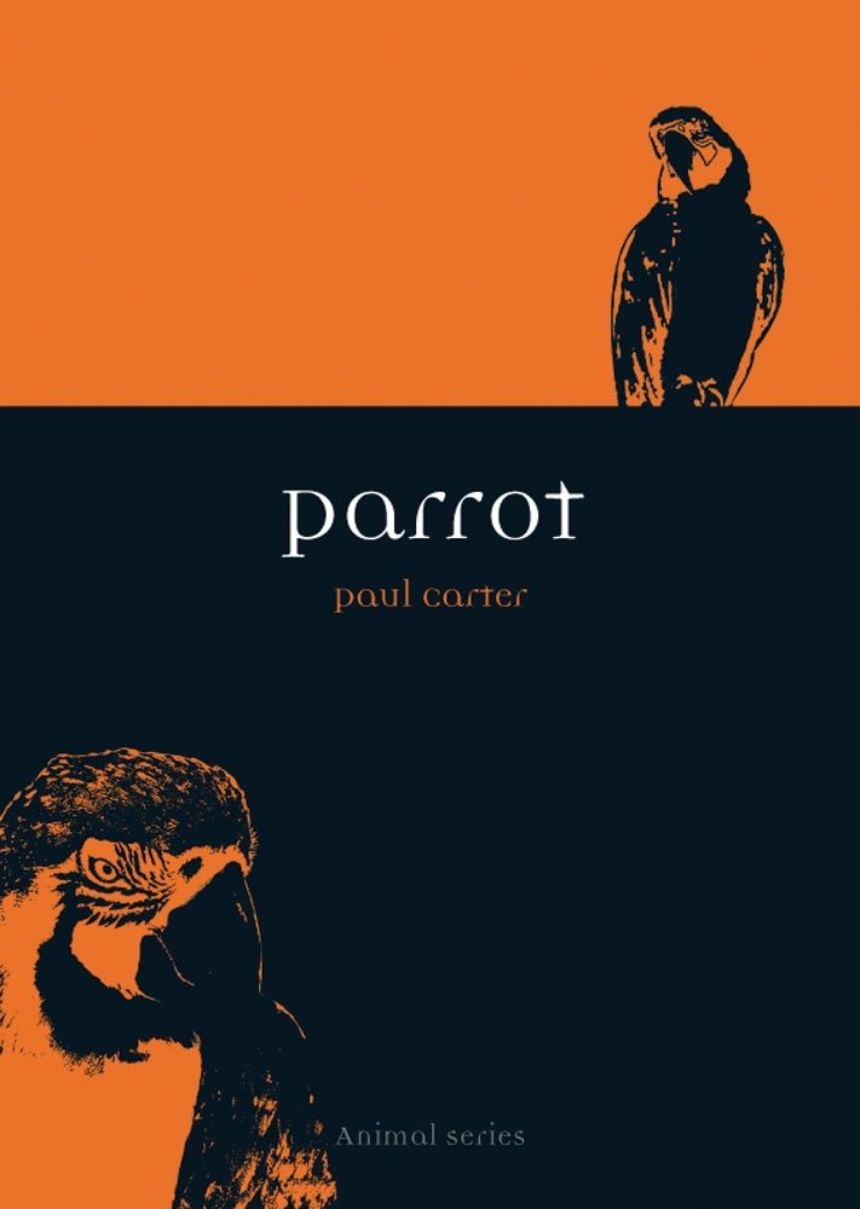 One of the more nonconformist figures in the animal kingdom, the parrot is linked to humans by its ability to speak—a trait many have found unsettling, though this discomfort is offset by its gorgeous plumage, which makes it one of the most popular members of the avian family. Unlike previous studies that have treated parrots as simply a curious oddity, Paul Carter offers here in Parrot a thoughtful yet spirited consideration of the natural and cultural history of parrots, discussing parrot portraiture, the role and significance of parrots’ mimicry in human culture, and parrot conservation, as well the parrot’s role in literature, folklore and mythology, film, and television worldwide.

Parrot takes three different approaches to the squawker: the first section, "Parrotics," examines the historical, cultural, and scientific classification of parrots; "Parroternalia," the second part, looks at the association of parrots with the different languages, ages, tastes, and dreams of society; and, finally, "Parrotology" investigates what the mimicry of parrots reveals about our own systems of communication. Humorously written and wide-ranging in scope, this volume takes readers beyond pirates and "Polly wants a cracker" to a new kind of animal history, one conscious of the critical and ironic mirror parrots hold up to human society.

"Dazzling. . . .After reading his marvellous book, I think he should be elevated instantly to the cockatoo chair at some prestigious Pollytechnical. . . . Offers an amazingly broad survey of parrots in folklore, mythology, literature, and art, all accompanied by sumptuous illustrations. . . . Passionate and brilliant."

"A lively and lovely series. . . . This delightful series gives us animals as both alien and familiar. . . . An exhilarating, often astonishing and sometimes moving series of monographs."

"A true fan who includes his favorite parrot jokes in the index."

"Humans will continue to be fascinated by parrots, whether as symbol, fantasy, or actual birds, and this book provides much to think about. Parrots, ultimately, is not so much about parrots but about what we can learn about ourselves through a consideration of our interactions with these exotic birds. . . . Most people who have an interest in parrots will want to own this book."