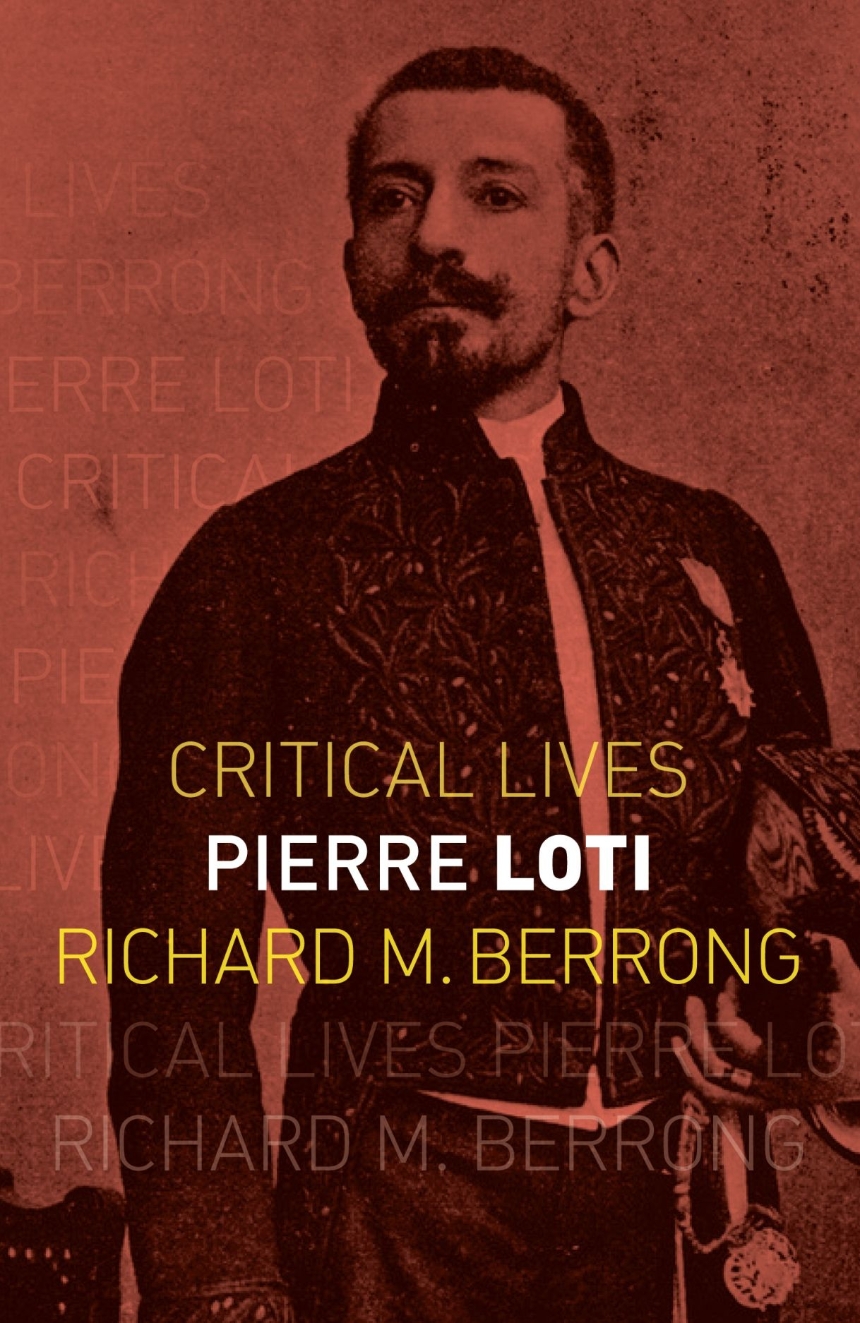 Few authors have led lives as interesting as that enjoyed by French novelist and travel writer Pierre Loti (1850–1923)—and still fewer have worked so hard to make their lives appear even more romantic than they already were. As a career officer in the French navy, Loti participated in expeditions that took him to locales which even today seem exotic, giving rise to four decades of novels, travelogues, and autobiographical narratives, some of which went through hundreds of editions in France and were translated into dozens of languages. And as Richard M. Berrong reveals in this colorful biography, the extravagances of Loti’s often very public private life were as interesting as his art.

With Loti’s financial and artistic success came notoriety, which he delighted in enhancing by staging elaborate costume balls—to which (as one does) he invited the photographic press. The artistically inclined royalty of his day, including Princess Alice of Monaco and Queen Elizabeth of Rumania, sought him out as confidant. Sarah Bernhardt had him write plays for her. And although his parties and hobnobbing with titled nobility hurt his standing as a serious author in his later years, they can do nothing to diminish the legacy of an artist whom Henry James hailed as a “remarkable genius,” “the companion, beyond all others, of my own selection,” and whose writing led Willa Cather to confess “she would swoon with joy if anyone saw traces of Loti in her work.”

"Wonderfully illustrated. . . . For all the documentation of this extremely well-researched and absorbing book, Loti remains a sphinx—a poignat sphinx, though Berrong certainly accomplishes what he says, in the last line, is his purpose in writing it: to get us to read Loti."

"Berrong does not dwell on Loti’s eccentricities or detail his many adventures, but uses his life and personas to define his originality as a public personality and make the case for seeing him as a very considerable writer. His assessment is generous and his brief illustrated book a most useful introduction to an author who once carried all before him."

"Beautifully illustrated. . . . This comprehensive biography would be of interest to historians, art historians, French and Francophone literature scholars and instructors, comparative literature scholars, as well as to a general Anglophone readership that is more likely to be unfamiliar with this decidedly iconic French author."

"This is an excellent account of Loti’s dramatic life, highly readable and almost rollicking; it should certainly attract new readers to his relatively neglected oeuvre."