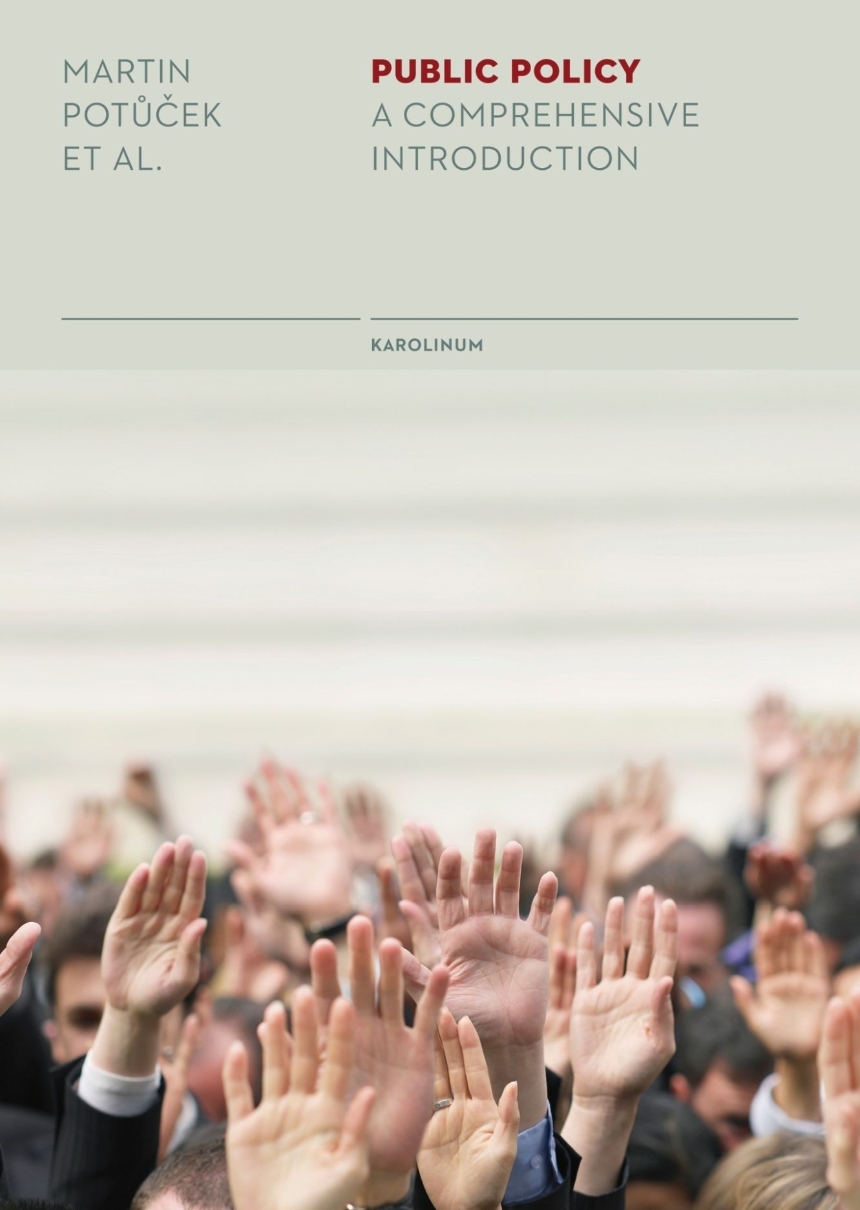 This book provides an up-to-date, comprehensive, synoptic, and easy-to-grasp account of the state of public policy as a field. Both a scholar and a Czech policy maker, Martin Potůček draws on his vast and diverse experience to offer descriptions of public policy’s normative and conceptual foundations, stages, actors, and institutions, as well as fifteen of the most frequently used public policy theories. Featuring illustrative empirical case studies, this innovative guide shows how these theories can be applied to making public policy. With particular insight into the importance of cultural context and historical legacies for policy making in post-Communist Europe, Public Policy provides nuanced, expert insight into the difficulties of public policy discourse and reform.

“As a textbook, it brings together broad, multi-disciplinary literature with succinct clarity, wisdom, and trenchant examples. The combination of short essays, summaries, and examples, often set apart in text boxes, provides a contemporary framework for learning. For teachers, it provides a road map of each topic that they can use to organize their courses and individual lectures. I have read many books on public policy and policy analysis and I enjoyed and learned from this one more than any other. I know that I will be borrowing from it.”

3. Marx’s theory of history
A materialist interpretation of history
Modes of production: The channels of exploitation
Economics and economicism
Classes and income distribution
Class struggle as an “objective” component of historical dynamics

5. Sociality and class societies
“Sociality”: Governing the workshop
The socialization of production: Capitalists and managers
The state at the intersect between the theories of sociality and class societies
And the emancipation from class dominations
A dual theory of human societies
Appendix to Chapter 5: States and bureaucracies in The Eighteenth Brumaire. The viewpoint of François Furet

7. A wealth of alternative interpretations
“Streamlining” class analysis: The three classes of managerial capitalism
To the limits of Marx’s framework and beyons
Beyond capitalism: Schumpeter, Burnham, and Galbraith
Sociologies and historical philosophies

10. The sequence of social orders
The first financial hegemony up to the Great Depression
The post-depression/postwar compromise
From the mid-1970s onward: The second financial hegemony in neoliberalism
They hedays and decline of Galbraith’s and Chanderl’s analyses
Treating the crisis-Preserving the social order. A fourth social order after 2008?
The state; Social orders to the right and left
Appendix to Chapter 10 (I): Managerial capitalism and social orders in Europe
Appendix to Chapter 10 (2): Michel Foucault’s notion of “governmental rationality”- Its application to (neo)liberalism

11. Class and imperial power structures
Ownership and control
Anglo-Saxon hegemony
The interface between ownership-control and management
Managerial national and transnational elites
Upper classes of all countries untie under an imperial banner!
Relations of production and international hegemony

12. The politics of social change
Economic and political governing cores
Flipping between right and left?
Social orders and administrations in basic economic variables
Cooperation and strife between the two governing cores
Economic theory in the political turmoil

13. Tendencies, crises, and struggles
Two brands of structural crises
Profitability trends
Managers and technical change
Revolutionary and routine trajectories
Paving the way to the second social order and the turn to neoliberalism
Determinism and political contingency

Part III: Past Attempts at the Inflection of Historical Dynamics
14. Utopian capitalism in bourgeois revolutions
The French Revolution beyond the bourgeoisie
A brief comparison with seventeenth-century England
The social foundations of the “counter-revolution”
Epilogue
“Capitalist” modernity

15. Utopian socialism and anarchism
Utopian socialism: The tension between democracy and authoritarianism
Doing without central authority: Anarchist communism
At the root of the implacable character of historical dynamics
Appendix to Chapter 15: Utopian socialists