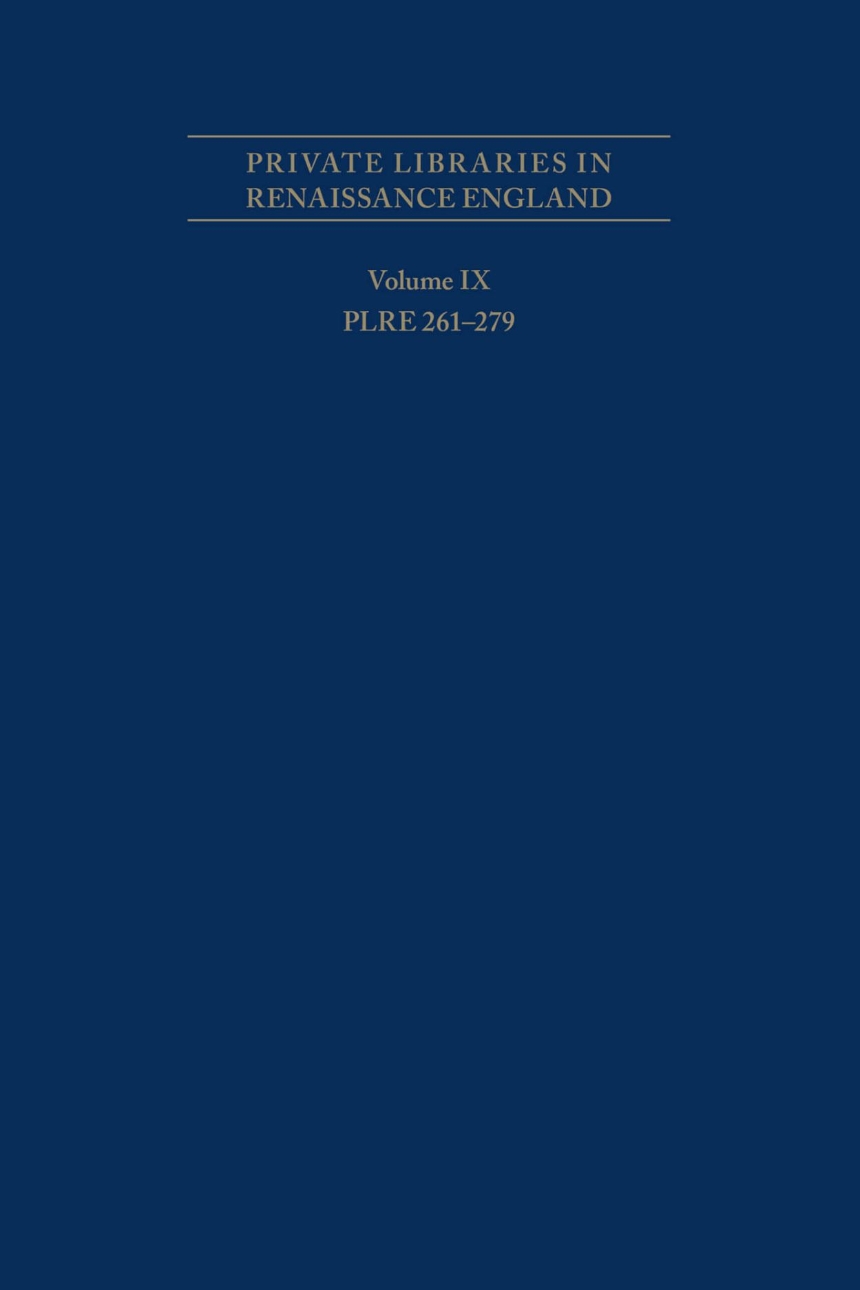 Volume 9 continues to expand the range of early modern book owners represented in PLRE. The libraries in this volume were collected by statesmen, diplomats, government officials, and estate landowners; by merchants and tradesmen (a cooper, an apothecary, a clothier, a merchant adventurer); by a poet and pamphleteer, a churchwarden, and a lawyer. PLRE has also continued to seek out evidence of book ownership by early modern women, offering here book-lists associated with six aristocratic and upper gentry women, including the well-known diarists Elizabeth Isham and Lady Anne Clifford. The book-lists in this volume furthermore represent a range of locations within England, with records of libraries situated in Westmorland, Lancashire, Warwickshire, Yorkshire, Hertfordshire, Northamptonshire, Norfolk, Suffolk, Cornwall, and the Isle of Wight in addition to London.

With this volume, nearly three hundred and forty personal libraries representing approximately 17,000 books itemized in personal catalogues, wills, and probate inventories between 1507 and 1653 have been transcribed, identified, and annotated, with each collection provided with an introductory essay.