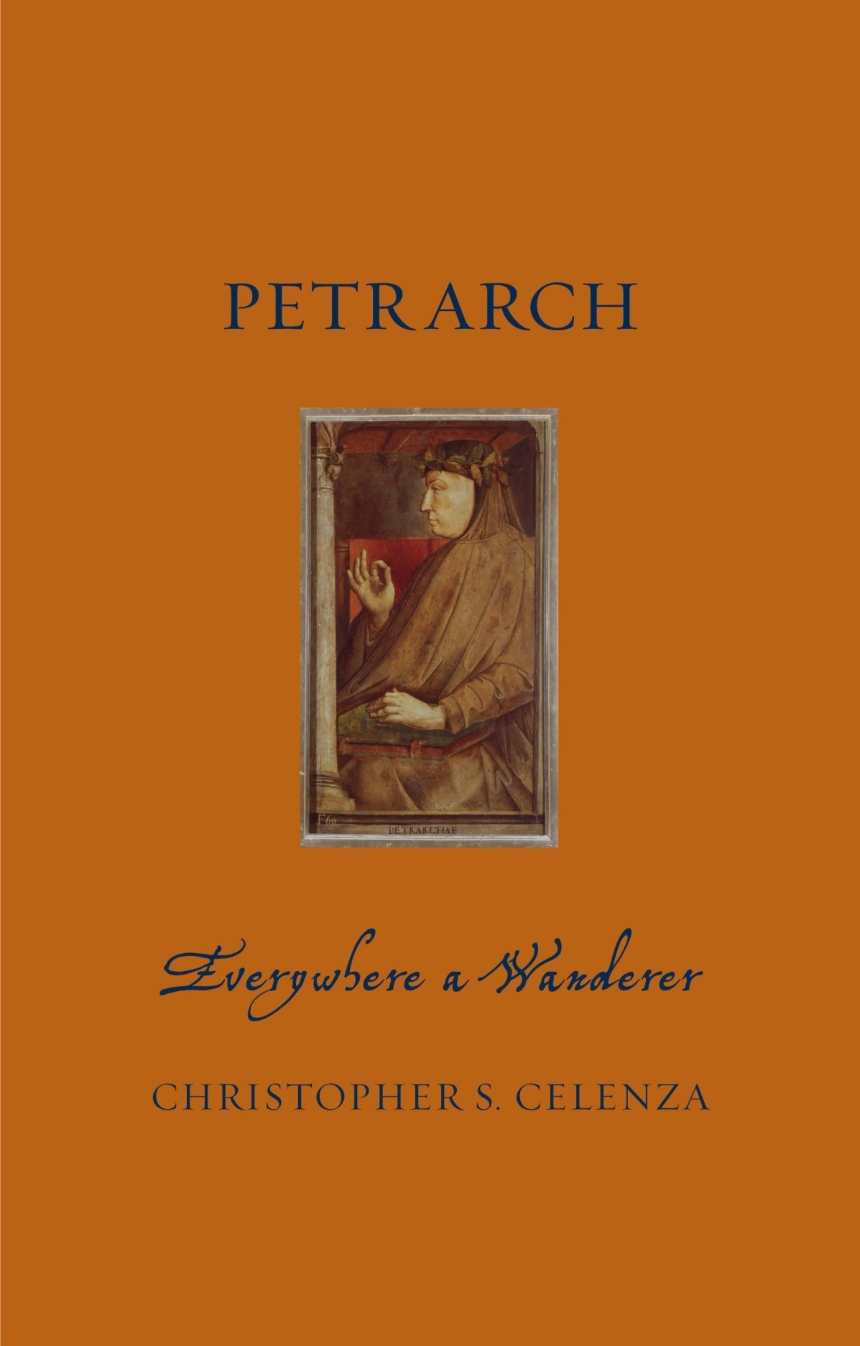 An enlightening study of the contradictory character of this canonical fourteenth-century Italian poet.

Born in Tuscany in 1304, Italian poet Francesco Petrarca is widely considered one of the fathers of the modern Italian language. Though his writings inspired the humanist movement and subsequently the Renaissance, Petrarch remains misunderstood. He was a man of contradictions—a Roman pagan devotee and a devout Christian, a lover of friendship and sociability, yet intensely private.

In this biography, Christopher S. Celenza revisits Petrarch’s life and work for the first time in decades, considering how the scholar’s reputation and identity have changed since his death in 1374. He brings to light Petrarch’s unrequited love for his poetic muse, the anti-institutional attitude he developed as he sought a path to modernity by looking backward to antiquity, and his endless focus on himself. Drawing on both Petrarch’s Italian and Latin writings, this is a revealing portrait of a figure of paradoxes: a man of mystique, historical importance, and endless fascination. It is the only book on Petrarch suitable for students, general readers, and scholars alike.

"Complexities of interpretation are food and drink to Petrarchan scholars, and Celenza tucks into them with quiet determination in his short life-and-works overview. . . . Celenza’s book introduces us to the breadth of Petrarch’s intellectual world."

"Easily the best and most accessible life of Petrarch to appear in English in a century. . . . The book’s main strength is its literary sensitivity; Celenza finds echoes of Petrarch’s life in a far wider array of his writings than marquee sonnets—his various treatises, essays, and Latin verse all receive refreshingly intelligent integration into the broader narrative. . . . The book’s most memorable Petrarch is also its best achievement: the man himself, querulous, self-doubting, eager for fame but distrustful of it. That Petrarch very much does speak to our own age, and in these pages by Celenza, he finally gets a life of his own."

"[Petrarch] himself turned again and again in his writings to the flaws of humanity. Celenza exposes the Italian writer’s flaws throughout his book, while simultaneously eliciting pity and respect. If Petrarch’s a 'misunderstood' man, then this book makes us want to understand him, contradictions and all."

“The entire book shines with Celenza’s close attention to historical and philological detail, his superb textual and contextual analyses, and his deep understanding of how much Petrarch’s legacy contributed to European cultural life. This brief review can barely suggest the subtlety with which the author interweaves such familiar texts as the poet’s account of climbing Mount Ventoux with his evolving idea of Italy, and such ongoing endeavors as the poet’s incursions into Italian verse with his efforts to secure a political future for Italy. Though designed for and accessible to a wide readership, the book will delight Petrarchan specialists with up-to-date nuggets of scholarly information, smart insights into cultural contexts, and powerful reinterpretations of landmark texts.”

“[A] well-informed yet highly readable and elegant presentation. . . . An impressive publication with which Celenza has set a standard for future research that will not be easy to surpass, when it comes to outlining Petrarch's intellectual profile both from the perspective of his life and work.”

"The book on my table is beautiful, on the inside as well as the outside. And it is not only attractive to look at, it is also well written—a pleasure to read. . . . This is a book that is meant to read from start to finish, rather than as a reference work; reading it is a little like walking through a labyrinth, or solving puzzles (which the present writer at least loves doing). It is stimulating and it gives you new ideas."

"The Epilogue connects several facets of Petrarch’s posthumous reputation, reviewing his identities as a Latinist, classicist, and Tuscan love-poet, and arguing that his complex personality 'speaks to our age more than ever.' For scholars hoping to join that Petrarchan dialogue, Celenza’s biography will serve as a vital interlocutor."

“Not least among this book’s virtues is the wealth of color illustrations, which include not only portraits of the poet and photographs of important Petrarchan sites, but also copies of manuscripts owned, annotated, or written by Petrarch, as well as later editions of his works. For the uninitiated, these images and their commentary grant special access into Petrarch’s own reading and writing habits. Combined with the author’s breadth of reference and limpid prose style, they make this book a pleasurable and accessible guide to Petrarch for the twenty-first-century neophyte.”

"No one who wants an up-to-date introduction to Petrarch will do better than Celenza’s life and letters treatment, Petrarch: Everywhere a Wanderer, beautifully printed by Reaktion Books. The prose is direct, demotic, and engaging, sometimes professorial, but pleasantly professorial."

“The striking appeal of Celenza’s study is how the scattered worlds of Petrarch are brought together in vigorous unity—the passionate classicist haunted by a yearning for modernity, the Tuscan love poet whose melodious sonnets for Laura would be imitated for centuries, the restless Augustinian pilgrim, and the self-conscious yet enigmatic spider in a network of powerful friends and acquaintances. In his elegant and poetic style, Celenza combines reader-friendliness with scholarly sophistication and depth. This is a timely intellectual biography written by one of today's leading Renaissance scholars.”

Unn Falkeid, University of Oslo, author of "The Avignon Papacy Contested: An Intellectual History from Dante to Catherine of Siena"