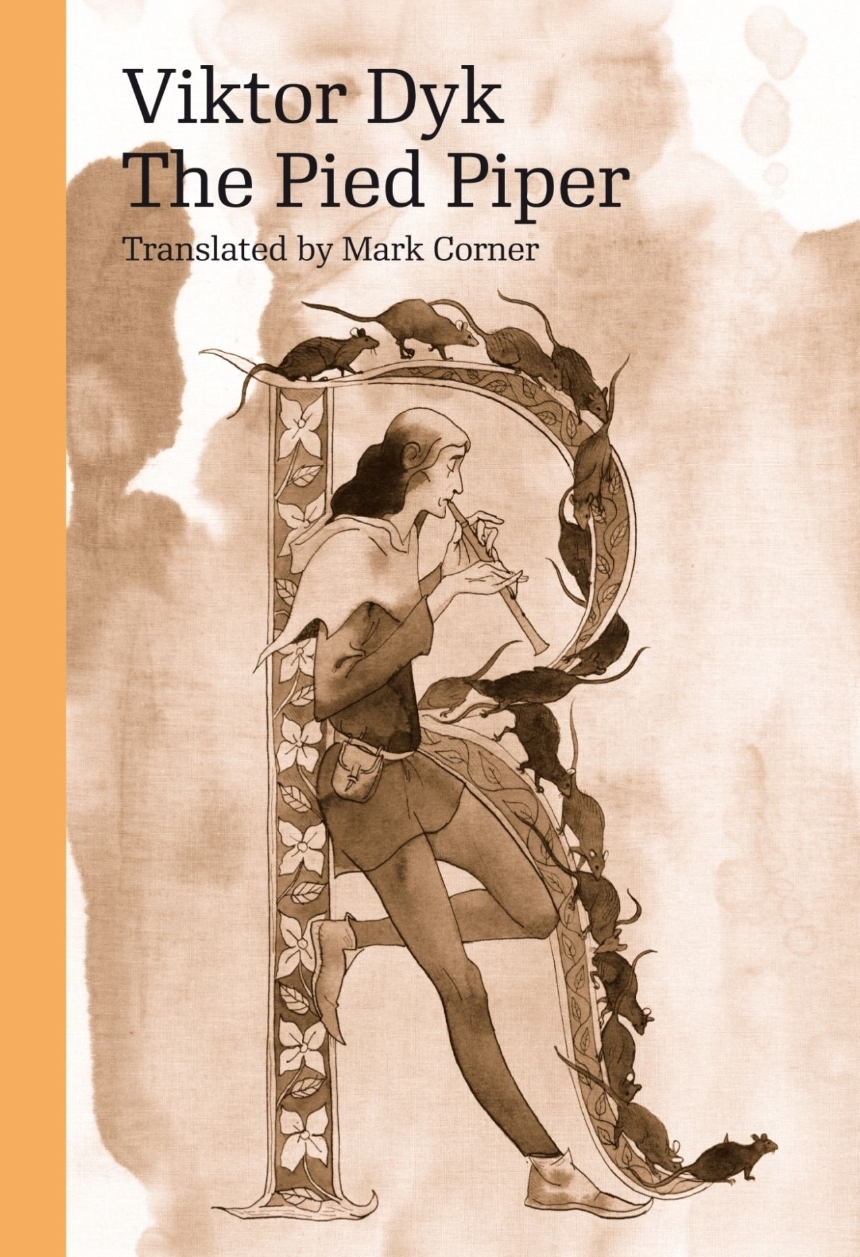 Translated by Mark Corner
For The Pied Piper, Czech writer Viktor Dyk found his muse in the much retold medieval Saxon legend of the villainous, pipe-playing rat-catcher. Dyk uses the tale as a loose frame for his story of a mysterious wanderer, outcast, and would-be revolutionary—a dreamer typical of fin de siècle Czech literature who serves Dyk as a timely expression of the conflict between the petty concerns of bourgeois nineteenth-century society and the coming artistic generation. Impeccably rendered into English by Mark Corner, The Pied Piper retains the beautiful style of Dyk’s original Czech. The inspiration for several theatrical and film adaptations, including a noted animated work from critically acclaimed director Jiří Barta, Dyk’s classical novella is given new life by Corner’s translation, proving that the piper is open to new interpretations still.

"This is no children’s fairy tale. Dyk’s version of the story is complex and ambiguous, and the Pied Piper himself emerges as a troubled character, part dreamer, part revolutionary. He also seems unnervingly relevant to our own time. . . . An excellent translation."

“The generation of the 1890s succeeding Vrchlický and Zeyer was already consciously aesthetic and international. It developed itself under the influence of the Russians, of Ibsen and Hauptmann, of Western realism, Western decadence and symbolism. The folkloristic and provincial tones in drama disappeared and the Czech drama became a part of the European spiritual life. This period is represented by . . . Victor Dyk. . . . Dyk’s ironical illusionism and patriotic pathos found their best expression in . . . plays.”

"You may think you know the story of the Pied Piper of Hamelin, but probably not the way Dyk tells it in this novella... There’s a timeless storybook quality to Corner’s translation, but Dyk’s work also feels remarkably contemporary, even now. The Pied Piper is a work of fine balances, one that lives on in the mind after reading."