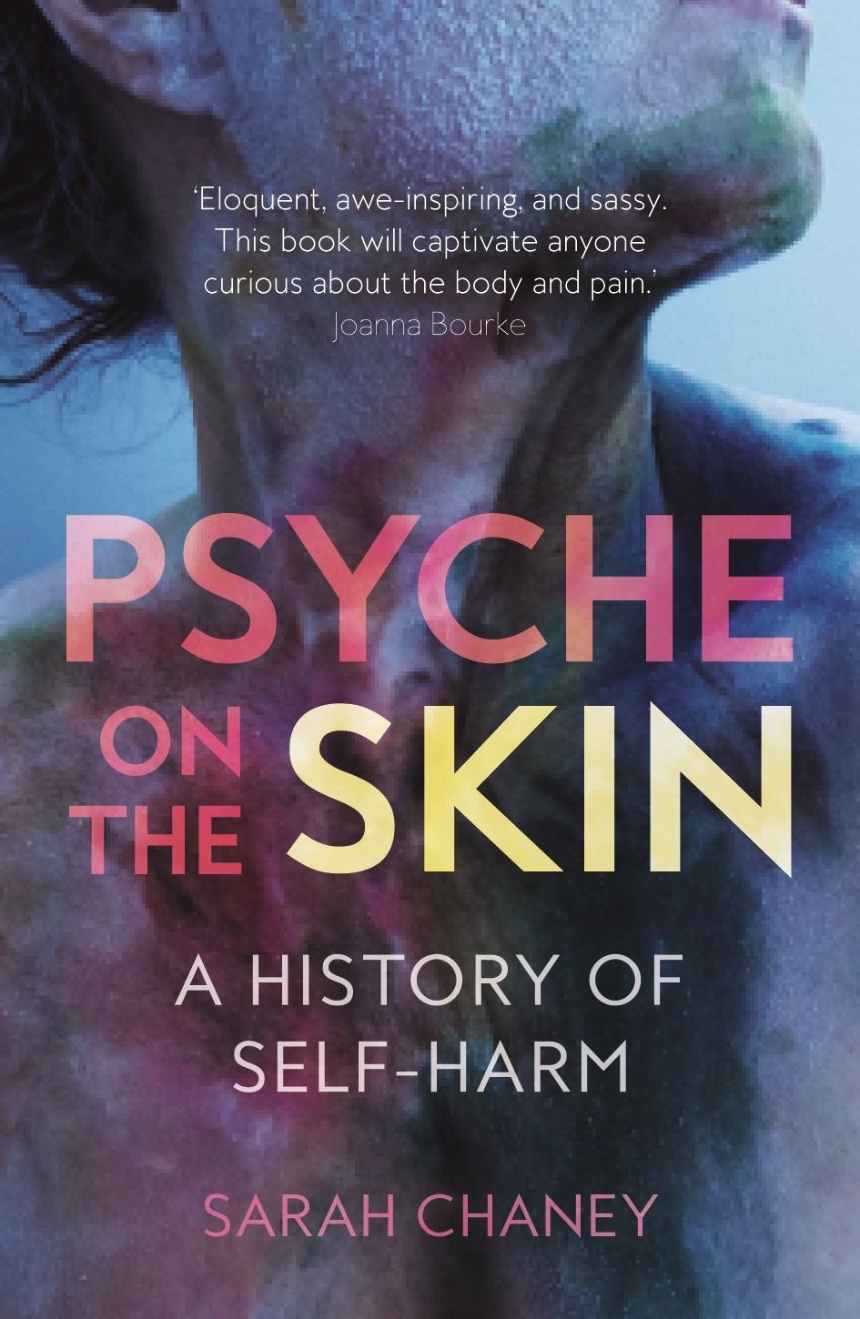 Psyche on the Skin

A History of Self-harm

Psyche on the Skin

A History of Self-harm

It’s a troubling phenomenon that many of us think of as a modern psychological epidemic, a symptom of extreme emotional turmoil in young people, especially young women: cutting and self-harm. But few of us know that it was 150 years ago—with the introduction of institutional asylum psychiatry—that self-mutilation was first described as a category of behavior, which psychiatrists, and later psychologists and social workers, attempted to understand. With care and focus, Psyche on the Skin tells the secret but necessary history of self-harm from the 1860s to the present, showing just how deeply entrenched this practice is in human culture.

Sarah Chaney looks at many different kinds of self-injurious acts, including sexual self-mutilation and hysterical malingering in the late Victorian period, self-marking religious sects, and self-mutilation and self-destruction in art, music, and popular culture. As she shows, while self-harm is a widespread phenomenon found in many different contexts, it doesn’t necessarily have any kind of universal meaning—it always has to be understood within the historical and cultural context that surrounds it. Bravely sharing her own personal experiences with self-harm and placing them within its wider history, Chaney offers a sensitive but engaging account—supported with powerful images—that challenges the misconceptions and controversies that surround this often misunderstood phenomenon. The result is crucial reading for therapists and other professionals in the field, as well as those affected by this emotive, challenging act.

"A valuable contribution. . . . Chaney insightfully highlights the gender biases that have pervaded the discourse from the start: the way self-harmers were caricatured in gendered terms as deceitful and devious; the habit among some researchers of excluding men or older women from sample groups (on grounds of being 'atypical') in order to reinforce the assumption that the typical cutter was a young woman; and the tendency of practitioners to overlook sexual abuse—marginalized under the euphemistic purview of 'family troubles' if mentioned at all—as a possible causative factor when considering a patient’s motives for self-harming."

"[Chaney] candidly acknowledges that the book’s subject is personal, and reasons that there can be no true objectivity in academic research in any case. It’s a puzzlingly defensive starting position because her historical survey manages a decent and dignified arm’s-length analysis. . . . The skill of this book is that it understands self-harm so broadly, sweeping within its remit a range of other forms of injury, including bloodletting, castration, and flagellation . . . She is a diligent and extensive researcher. . . . The impressively amassed sources and the sensitivity behind it suggest that there is more to discover and understand in the history of self-harm."

"It’s an exquisitely original take, and one evinced by Chaney with an attractive intensity and wavering levels of confidence. Discursive, meticulously politically correct and, at times, metallic in tone, she attacks the shifting borders of psychiatry and its baleful gender bias."

“Well-written, clearly organized, and entirely intriguing. . . . Psyche on the Skin is a fascinating and impressive piece of social history and analysis. Equally illustrative and didactic, it is a compelling ‘argument against a universal model of self harm. It is also a model for how to approach other categories that have been caught up in the maw of psychiatric reductionism, certainly eating disorders, but perhaps even mood disorders like depression. For those skeptical or concerned over present day ideas about mental health and illness, including practitioners, mental health service users, social historians and philosophers of psychiatry, this is a valuable contribution.”

"The book is deeply important, both for the dimensionality of its approach to self-harm and for the broader critique it offers of diagnosis and medicalization. Chaney sends a message I think more people in the field need to hear."

"In Psyche on the Skin, Chaney traces the illuminating and disturbing history of self-mutilation and other forms of self-harm. . . . This work offers a fascinating look at a set of topics often as taboo to talk about as the acts themselves. It is strongly recommended for professionals likely to encounter individuals who have engaged in such acts. Highly recommended."

"An interesting and detailed account of different kinds of self-harm throughout the ages, beginning with the religious practice of castration and historical practice of therapeutic blood-letting. . . . There is a tendency towards assuming that contemporary self-harmers are young women who practice 'cutting.' This book offers an insight into the broadness of self-harm; in that it is an affliction that affects both genders and people from vast cultural backgrounds."

"There is a lot of careful detail here, balanced against a set of 'bigger pictures'—trends in medicine, politics, and culture, with particular attention to gender differences. I enjoyed the eclecticism and fast pace; it is worth noting also the careful scholarship and respectful tone. . . . By assembling a set of competing definitions, Chaney shows that the field of self-harm is contested and therefore contestable, not least by those who (like the author) have experienced medical treatment that they found alienating, or cruel."

“A welcome contribution. . . . Chaney’s most powerful point may come on the final page, where she asserts that ‘if psychiatry has one major failing, it is that it tries to function outside of all the other narratives, remaining separate from other ways of understanding self-harm, or mental illness more generally.’ . . .  With rich historical materials and case studies Psyche on the Skin makes this point abundantly clear.”

“Eloquent, awe-inspiring, and sassy. This book will captivate anyone curious about the body and pain.”

Joanna Bourke, author of "The Story of Pain"

“A remarkable account from the pen of a young and brilliant scholar of the history and meaning of self-harm. Insightful and immensely readable.”