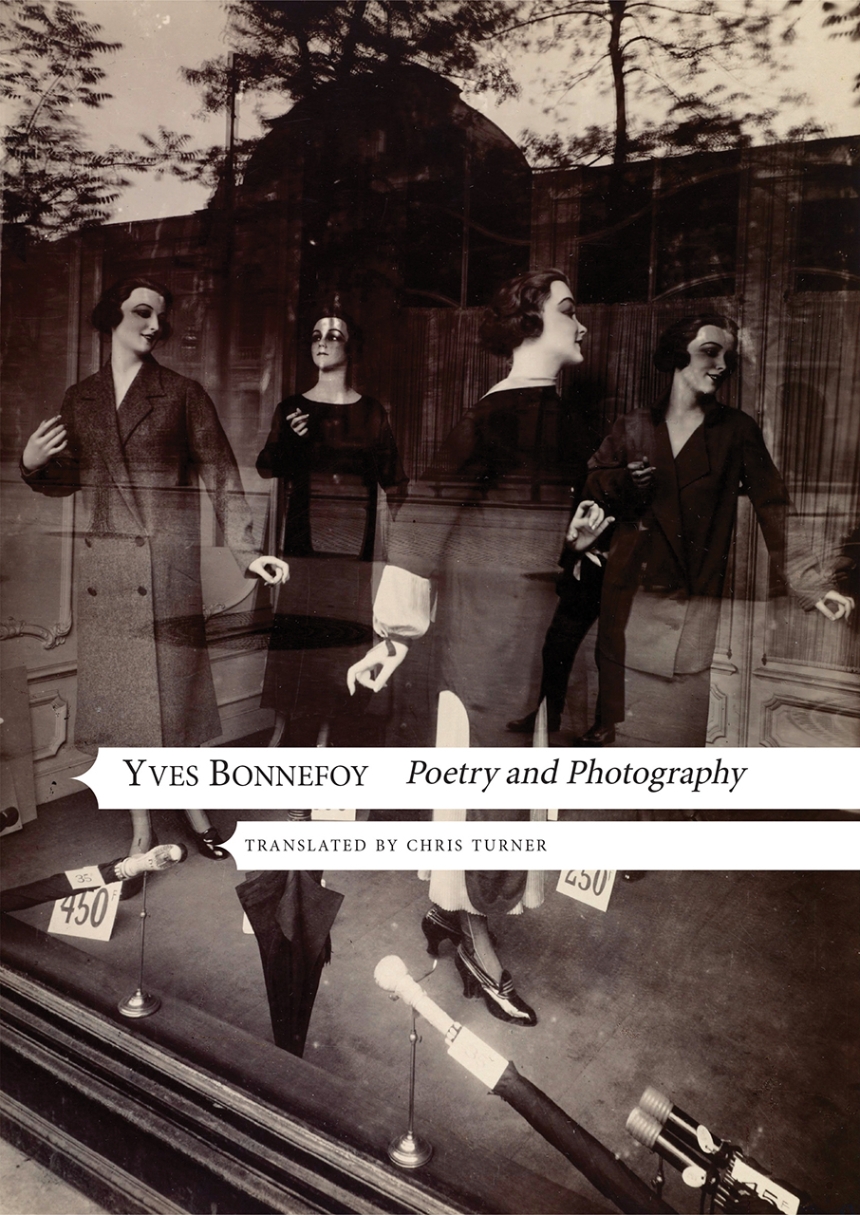 Translated by Chris Turner.
The international community of letters mourned the recent death of Yves Bonnefoy, universally acclaimed as one of France’s greatest poets of the last half century. A prolific author, he was often considered a candidate for the Nobel Prize and published a dozen major collections of poetry in verse and prose, several books of dream-like tales, and numerous studies of literature and art. His oeuvre has been translated into scores of languages, and he himself was a celebrated translator of Shakespeare, Yeats, Keats, and Leopardi.

Poetry and Photography is Bonnefoy’s seminal essay on the intricate connections between the two fields as they play out against a background of major works in the history of literature. Bonnefoy is concerned not just with new concepts that photography introduces to the world of images, but also with the ways in which works like Maupassant’s “The Night” perpetuate these concepts. A short, critical text on different forms of artistic creation, masterfully translated by Chris Turner, the volume is an invigorating read.