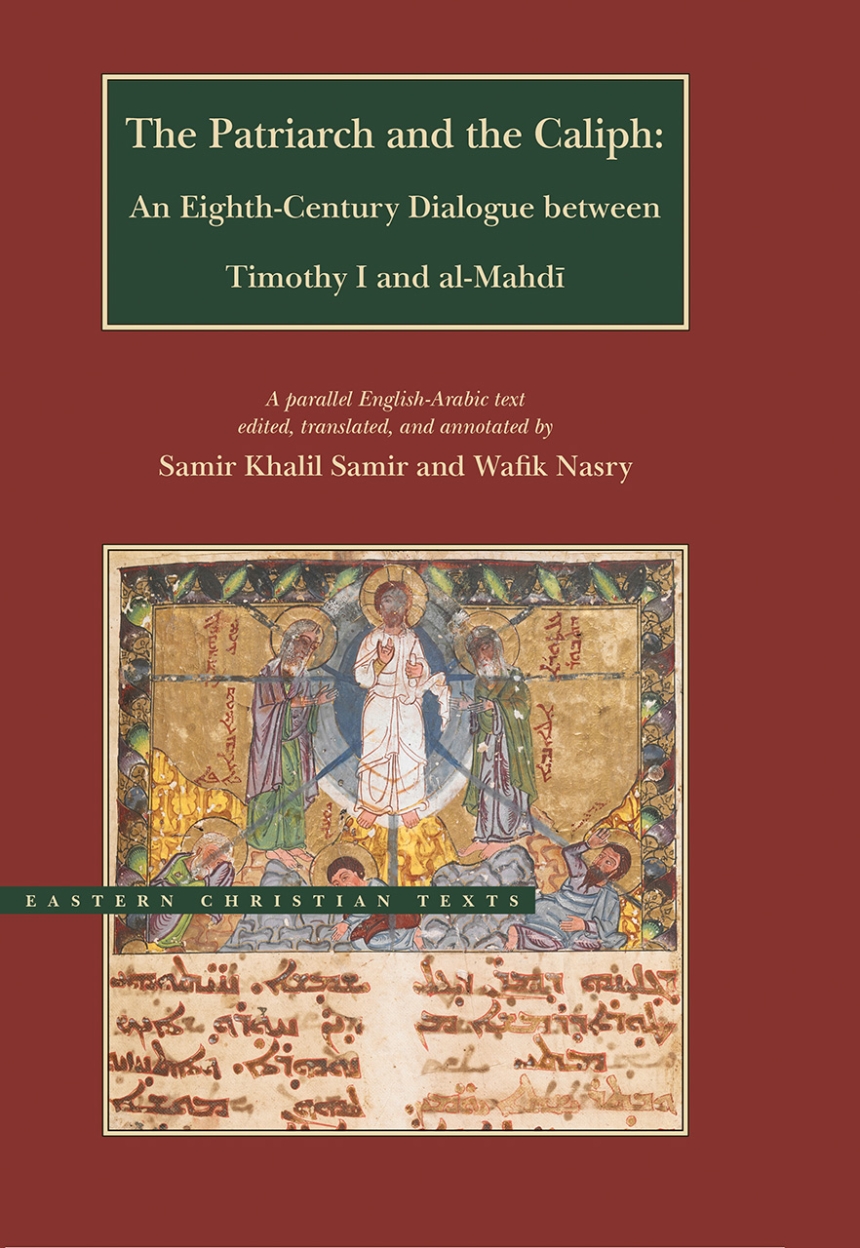 The Patriarch and the Caliph

An Eighth-Century Dialogue between Timothy I and al-Mahdi

The Patriarch and the Caliph

An Eighth-Century Dialogue between Timothy I and al-Mahdi

Translated by Fr. Wafik Nasry, S. J.
The Patriarch and the Caliph presents the famous “dialogue without resolution” between the third Abbasid Caliph, al-Mahdi, and the first Nestorian Patriarch, Timothy I, in Baghdad in 781 CE. The abundance of versions of this intellectually rich debate between adherents of Islam and of Christianity is a testimony to its historic importance. Of particular note is the mutual respect shown between the interlocutors in a period when Islam was the dominant political and intellectual influence in the Middle Eastern and Mediterranean worlds.

This volume collates an abridged sixteenth-century Arabic version based on Timothy I’s Syriac original. Parallel English translations accompany the Arabic. Including annotations, indexes, glossaries, and bibliographies to further assist the reader, The Patriarch and the Caliph reveals important insights into the complex relationship between two historical figures, and through them, two major world religions.