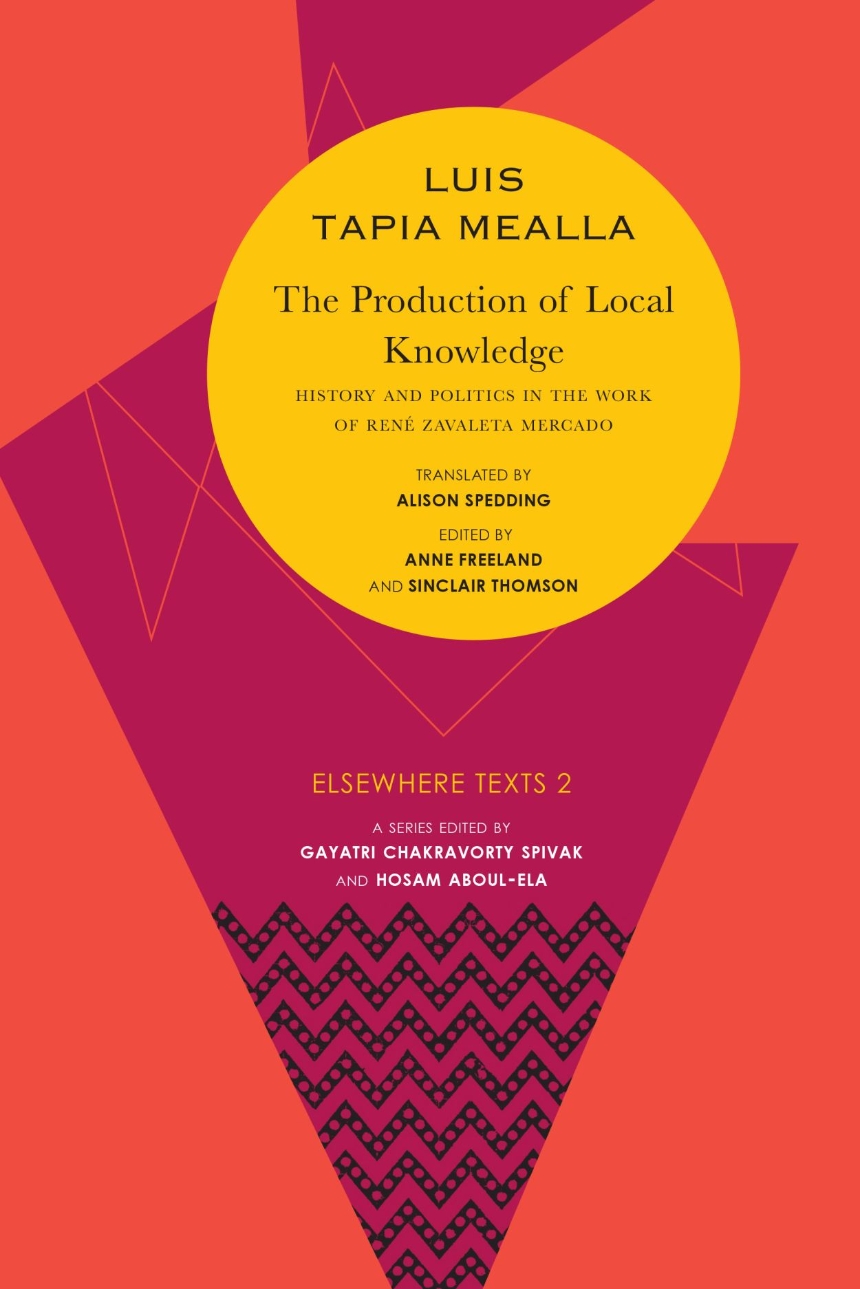 The Production of Local Knowledge

History and Politics in the Work of René Zavaleta Mercado

The Production of Local Knowledge

History and Politics in the Work of René Zavaleta Mercado

Translated by Alison Spedding and Revised by Anne Freeland
This volume presents a comprehensive examination of the work of René Zavaleta Mercado (1939–1984), the most notable Bolivian political thinker of the twentieth century. While Zavaleta did not live to see the triumph of the indigenous social movements that have made Bolivia famous in recent years, his writings influenced many of the activists and ideologues who made today’s changes possible. This exploration of Zavaleta’s work by Luis Tapia, a contemporary political analyst who has been a colleague of many of the central actors in today’s government, presents a detailed panorama of Bolivian history that establishes the context of Zavaleta’s analysis of the events of his time, from the revolutionary nationalist movement which took power in 1952 through the military dictatorships that followed it from 1964 onwards to the popular protests that eventually defeated the dictatorship and restored democratic government in 1982. The book will be necessary reading for anyone who wants to understand the decades of history and the ideological currents that laid the groundwork for the rise to power of the neo-indigenists lead by Evo Morales in the twenty-first century.