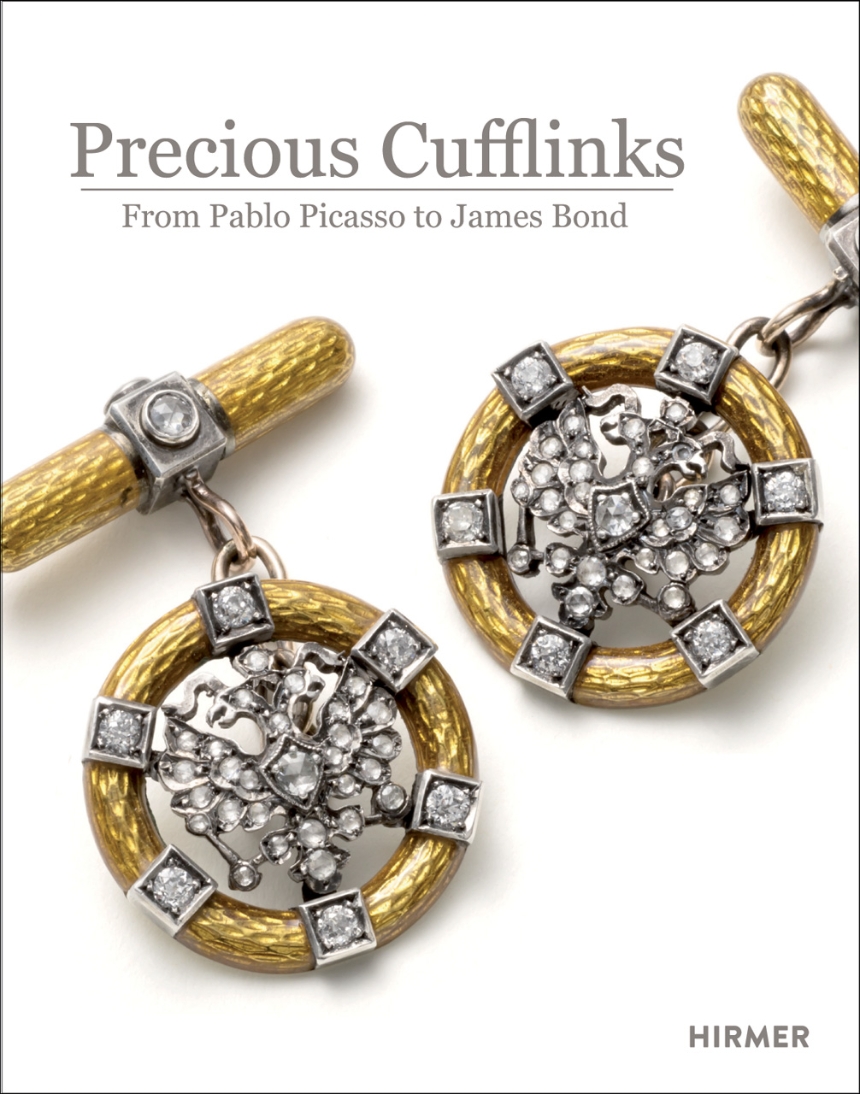 Cufflinks are the ultimate in timeless style. In a sea of fast-changing fashions, cufflinks remain a strong sartorial presence because they are always the “right” thing to wear. From Pablo Picasso to Prince Charles—who had the pistons from his Aston Martin melted to make a pair—many of the most iconic men in history have donned them to set off a smart designer suit. As the epitome of suave sophistication, it’s difficult to imagine James Bond lifting his signature martini without a shiny set.

Collectors and wearers themselves, Walter Grasser, Franz Hemmerle, and Duke Alexander von Württemberg are perfectly suited to take readers through the snazzy accessory’s history. Cufflinks first appeared in the seventeenth century, but they did not come into common use until the end of the eighteenth century with the rise of men’s dress shirts. Today, cufflinks allow men to express themselves in an understated way, their materials and designs speaking volumes about the wearer’s hobbies, preferences, and profession. There are personalized cufflinks and cufflinks in gold or sterling silver. A novelty pair can add more than a dash of panache, while a pair set with precious stones always telegraphs pulled-together elegance. The book also includes a pair of enameled gold cufflinks by the Russian jeweler Peter Carl Fabergé, among many other famous examples.

Precious Cufflinks features more than two hundred sets of the most extraordinary cufflinks from the drawers and display cases of collections and museums around the world, many newly photographed in full color for the book.