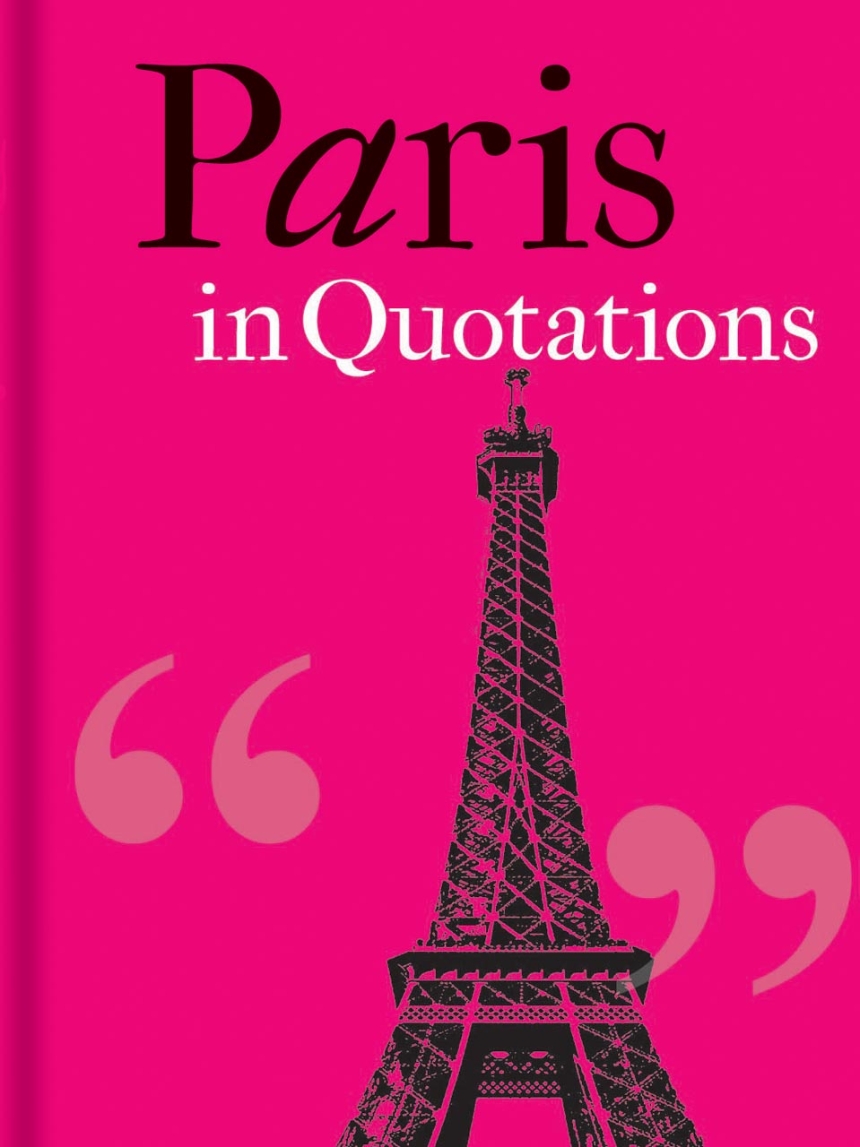 “We’ll always have Paris,” croons Humphrey Bogart in Casablanca to a young Ingrid Bergman. F. Scott Fitzgerald commented that “the best of America drifts to Paris.” But, should one never get the opportunity to visit Paris, one might take consolation in the words of critic William Hazlitt, who called it a “beast of a city.” Be it praise or colorful invective, everyone, it seems, has something to say about the city and this slender volume—filled with wise, witty, and sometimes scandalous quotes—presents the full range of impressions it has made.

Paris in Quotations takes readers on a one-of-a-kind tour of the City of Lights, in which we hear from the likes of Molière and Thomas Gold Appleton, who thought that, “When good Americans die, they go to Paris.” For centuries, Paris has reigned over the popular imagination. For those planning a visit, this collection will be warmly welcomed.

"Literary society abounds with witty quips and poetic odes on the subject of Oxford. Oxford in Quotations gathers together a number of the most slyly funny and sentimentally beautiful quotations.”