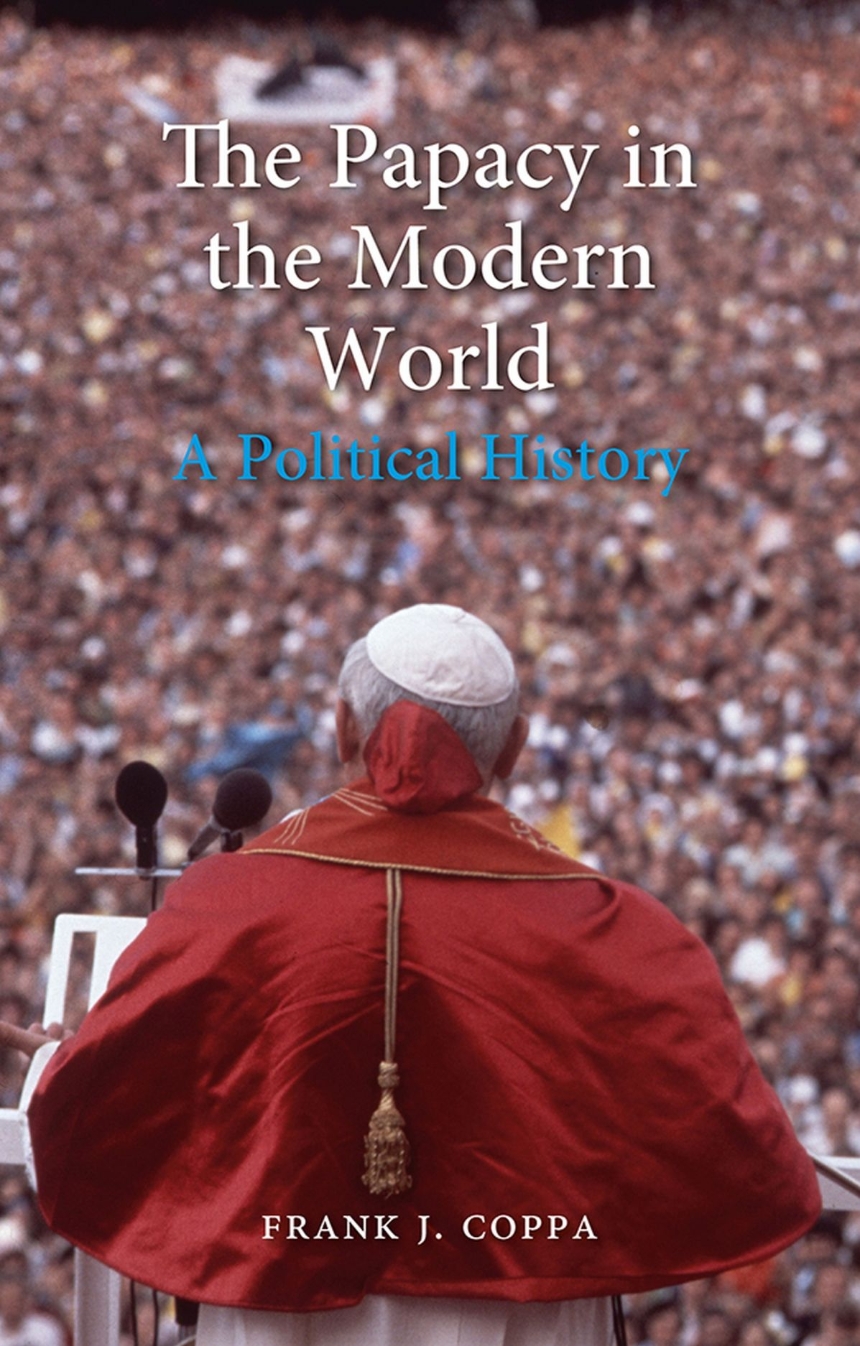 The Papacy in the Modern World

The Papacy in the Modern World

In March 2013, millions of people sat glued to news channels and live Internet feeds, waiting to see white smoke rise from the Sistine Chapel, signaling the election of the new pope. For two millennia, the papacy, leader of the Roman Catholic Church, has played a fundamentally important role in European history and world affairs. Transcending the religious realm, it has influenced ideological, philosophical, social, and political developments, as well as international relations. Considering the broad role of the papacy from the end of the eighteenth century to the present, this original history explores the reactions and responses it has evoked and its confrontation with and accommodation of the modern world.

Frank J. Coppa describes the triumphs, controversies, and failures of the popes over the past two hundred years—including Pius IX, who was criticized for his campaign against Italian unification and his proclamation of papal infallibility; Pius XII, denounced for his silence during the Holocaust and impartiality during World War II; and John XXIII, who was praised for his call to update the Church and for convoking the Second Vatican Council. Examining a wide variety of sources, some only recently made available by the Vatican archives, The Papacy in the Modern World sheds new light on this institution and offers valuable insights into events previously shrouded in mystery.

“Coppa draws readers into an extensive and fascinating exploration of the papacy’s journey throughout the Church’s past two hundred years. His style allows easy reading yet is packed with carefully researched information. The reader learns about each of the seventeen popes with their strengths and weaknesses. History shows their efforts to guide the Church throughout their reigns were often affected by the twists and turns of politics or wars, intrigue, human perceptions, and imperfections. . . . For those unfamiliar with or curious about the finer points of the Church’s history, The Papacy in the Modern World is an inviting ‘time travel’ opportunity to begin exploring the witness, differences, challenges, dangers, and experiences of those leaders chosen to fill the Chair of Peter. This title is highly recommended for seminaries and universities, especially those with schools of theology and parish libraries.”

“The Roman Catholic Church and the Vatican City State and its Popes have played an enormously significant role in the development of European politics (and, latterly, that of the rest of the world too). . . . This is an exploration of two millennia of history tracing the origins of the Papacy and its impact on Italian politics; its role through revolution, transformation, restoration, and reform towards modernity.”

“For those seeking a well-researched and objective study of the general outlines of the modern papacy, this book comes highly recommended.”

Introduction: Harmony and Hostility between the Papacy and the Powers
I. Revolution Turns the Papal World Upside Down
II. The Papacy between Transformation and Restoration
III. The Papacy in an Age of Liberalism and Nationalism, 1820-1864
IV. Pio Nono’s Transition from Reform to Reaction
V. Leo XIII: Conciliation with Modernity, Conflict with Italy
VI. Pius X: Confrontation with Modernity, Conciliation with Italy
VII. Benedict XV: The First World War, the League and the Missions
VIII: The Crusade of Pius XI against Anti-Semitism
IX: Pius XII: The Second World War, the Holocaust and the Cold War
X: Aggiornamento and Aperturismo: The Second Vatican Council and Beyond
XI: The Papacy of John Paul II and the Aftermath of the Council
XII: Benedict XVI: Conflict and Conciliation with the Contemporary Age
Conclusion: The Papacy Past and Present