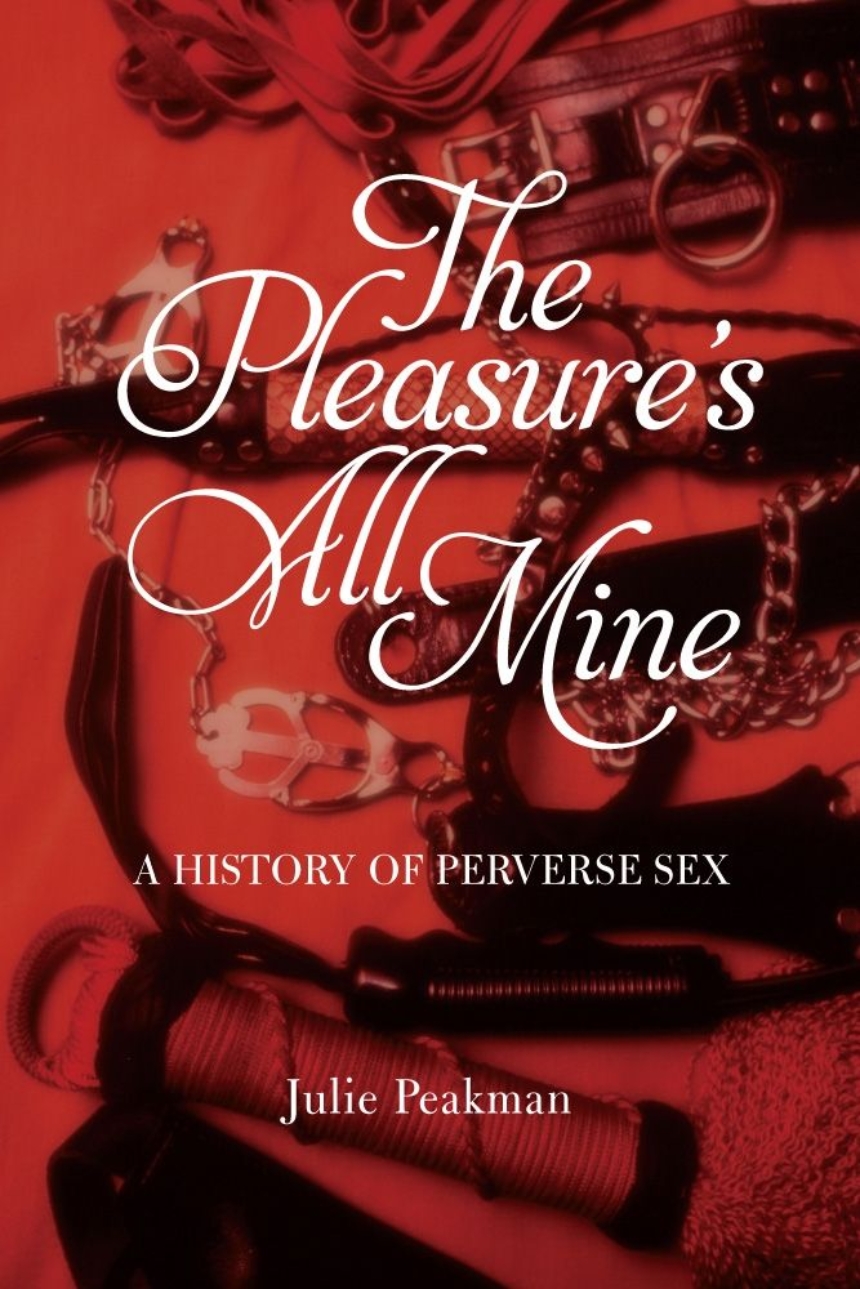 The Pleasure’s All Mine

A History of Perverse Sex

The Pleasure’s All Mine

A History of Perverse Sex

“Serious, historically informed, and as close to an exhaustive account as we are likely ever to see of the extravagant creativity that humans have invested in sex. A masterpiece.”

“For those with an erudite interest in debauchery, this latest from author, historian, and sex scholar Peakman is just the ticket… Peakman’s broad overview is stunning, sweeping, and very carefully nonjudgmental. She recounts the history of each so-called perversion from its earliest recorded occurrence through the present, showing how the shifting mores of society color our views on this endlessly fascinating subject. Exhaustively researched and packed with startling images, this work is a fact-filled, entertaining read for sex history neophytes and scholars alike.”

“A substantial, well-illustrated, funny, and thoughtful work. . . . If societies are arbitrary and changeable about what they consider perversions, there is good reason to rely on the rule about harm to determine what is actually perverse and what is not. Peakman’s book is a good step toward this understanding.”

“This seductive book traces changing attitudes to a dozen different sexual perversions from the beginning of Western civilisation to the present day. . . . In an ambitious book that unites compelling subject matter with authoritative style, the author does an excellent job of tracking the multiple and changing attitudes towards non-mainstream sexual preferences. The study is enlivened by many telling examples. . . . The illustrations within are fabulous, albeit not for the faint-hearted.”

“A thorough history of sexual stigmas, this book will prove especially useful to undergraduate and graduate students interested in the study of sexuality and culture. General readers will find the book entertaining. Recommended.”

2. From Onanism to Spending

3. From Ganymedes to Gays

4. From Female Friendships to Lipstick Lesbians

5. From Transvestites to Transsexuals

7. The Ties that Bind: Sadomasochism

9. Too Close for Comfort: Incest

Epilogue: A Limit to Tolerance