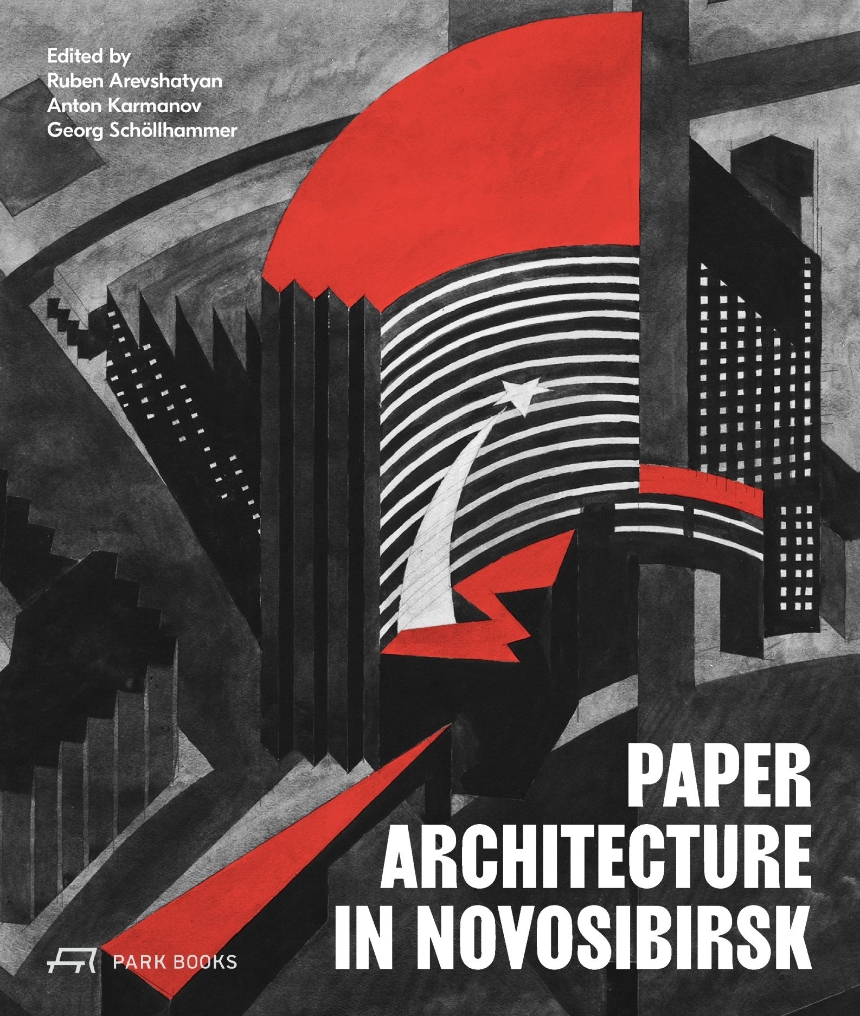 The first book ever to focus on the Novosibirsk branch of the legendary paper architecture movement during the last decade of the Soviet Union.

Cosmic cow sheds, insectoids, Egyptian pyramids, steam locomotive hybrids, and deconstructivist housing projects: during the 1980s, “paper architects” in Novosibirsk, all of them graduates of the Siberian Civil Engineering Institute, created fantastical utopian design. Contrary to the commonly held belief that these architectural designs made of paper and created during the late years of a crumbling Soviet Union were never intended to be translated into buildings, the Novosibirsk group actually devoted themselves to a practical application of their ideas. The designs for the kolkhozy in Bolshevik, Guselnikovo, or Nizhny-Ugryum show signs of concrete planning deliberations, integrated into pastoral and often fairy tale–like scenes of country life with tractor stations and witches suspended in the sky. Inspired by Eastern European post-punk, local radical-constructivist projects, and European postmodernism, the Siberian paper architects created a whole range of autochthonous stylistic figures and techniques that have a clear and distinct style. This Novosibirsk style clearly differs from the works by members of the better-known Moscow group of paper architects, such as Alexander Brodsky, Ilya Utkin, and Yuri Avvakumov.

For the first time ever, this book offers a deep insight into Novosibirsk’s paper architecture movement and its output. Lavishly illustrated, largely with previously unpublished material from formerly inaccessible Siberian archives, the volume provides a comprehensive survey of this fascinating form of late Soviet-era speculative architecture from the Siberian metropolis that is still far too little known in the Western world.