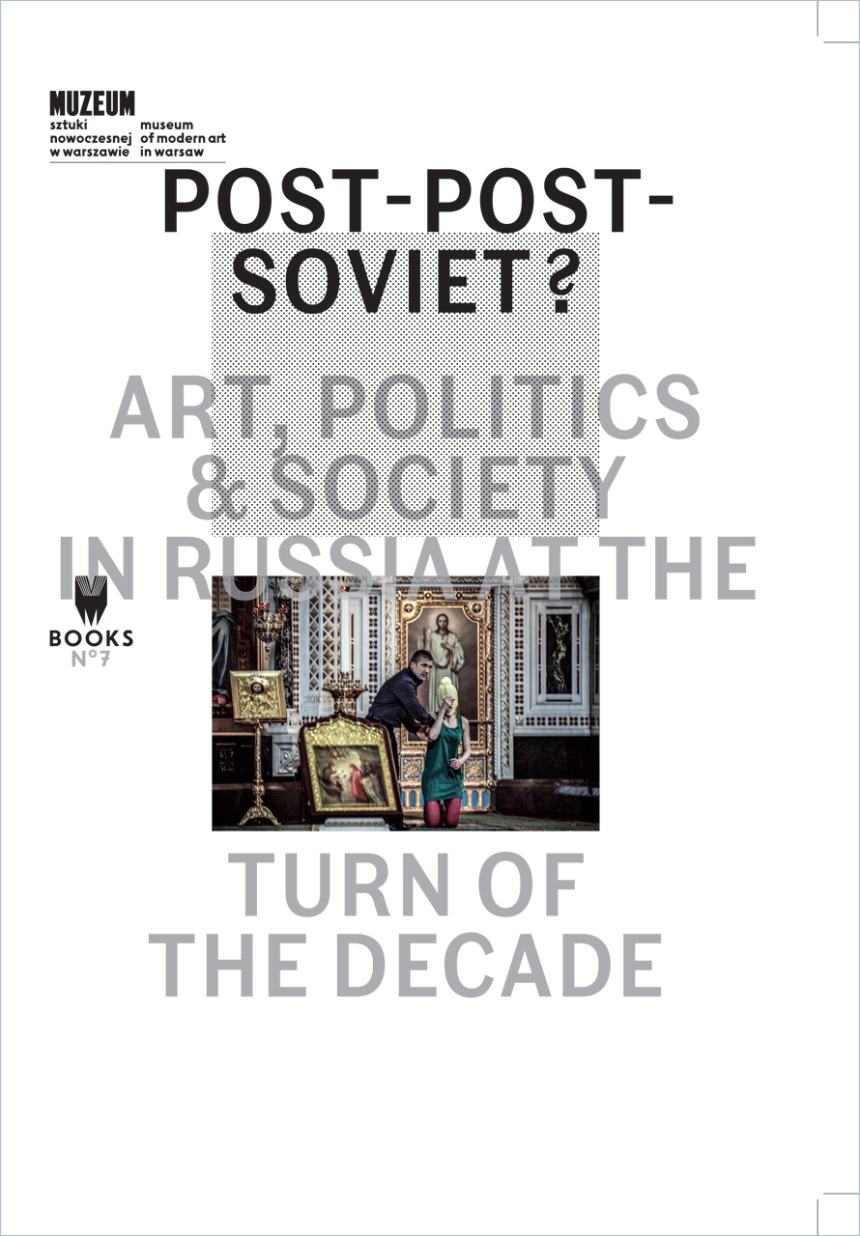 Art, Politics and Society in Russia at the Turn of the Decade

Art, Politics and Society in Russia at the Turn of the Decade

Translated by Anna Aslanyan
By placing emerging artists in their political and social contexts, this collection attempts to confront the new activist scene that has arisen in the Russian art world during the past years. The recent explosion of protests in Russia—often with their very purpose being to decry the lack of artistic freedom—is a symptom of a fundamental change in culture heralded by Vladimir Putin’s first election. This shift was precipitated by the change to a highly commercial, isolated world, financed and informed by oligarchs. In response, the Russian contemporary art scene has faced shrinking freedom yet an even more urgent need for expression. While much of what is emerging from the Moscow art scene is too new to be completely understood, the editors of this volume seek to bring to light the important work of Russian artists today and to explicate the political environment that has given rise to such work. Post-Post-Soviet? will feature both criticism by writers and scholars, as well as dialogues with artists. Contributors include Boris Kagarlitsky, Ekaterina Degot, Keti Chukhrov, Boris Buden, Artur Zmijewski, and others.

"One of the most powerful parts of Post-Post-Soviet? is a simple timeline that provides side-by-side chronologies of politics and art, conveying the momentum of the escalating conflict between Russian artists, protesters and the state. The timeline shows how the appropriation of contemporary art by the Russian elite, especially the ultra-rich, has run in parallel with increasing discontent among the less affluent, and with a rising protest scene among Russian artists. A Moscow art gallery shows a socialite’s exhibit of her shoe collection, arranged by color; an oligarch-funded gallery is established in an architectural monument of the Soviet avant-garde; the Kandinsky Prize ceremony is held in a suburban shopping mall called Luxury Village; the independent ARTStrelka center becomes the glamorous Strelka Institute, where you can drink a $16 Long Island iced tea. Meanwhile, young people in Novosibirsk start organizing Monstrations, ‘annual May Day neo-dadaist flash mob[s]’; Pussy Riot and other groups stage a series of provocative actions; factory workers strike; politically oriented art exhibits and gallery spaces emerge; the economic crisis hits; the May 1st Congress of Creative Workers forms; sixty-six people die and more than 100 are injured after a gas blast in a Siberian mine; a guerrilla group attacks policemen in the Russian Far East; and so on.”