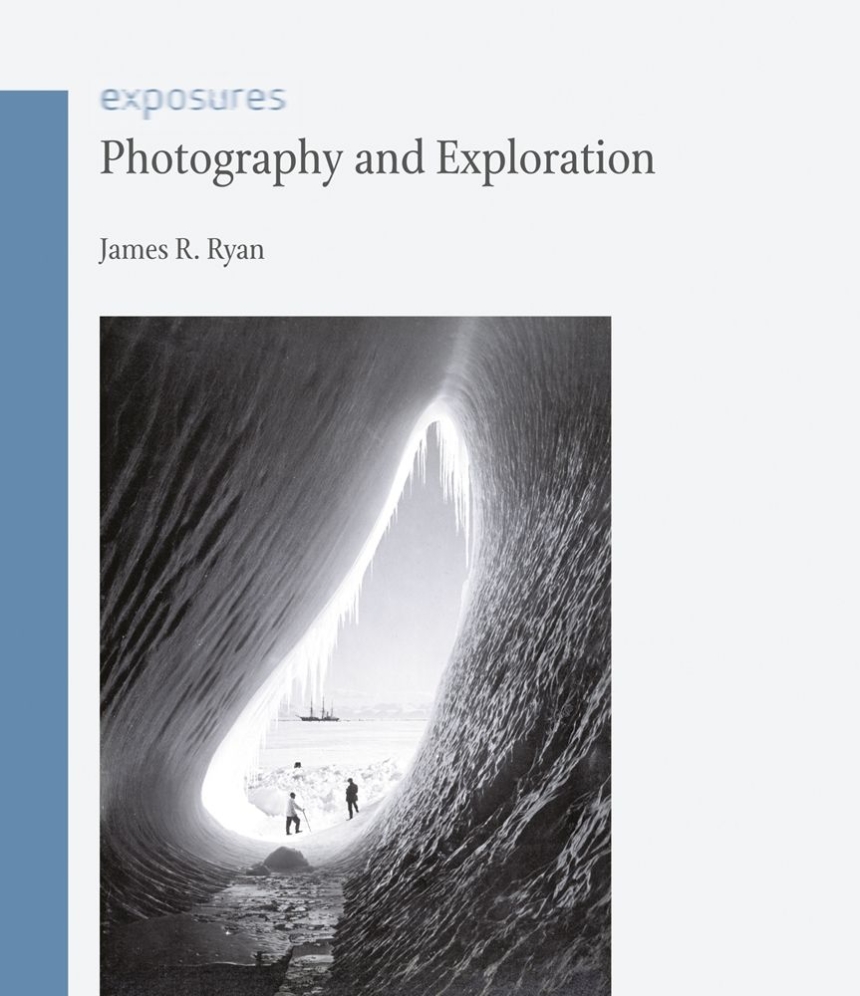 When Ferdinand Magellan set out to circumnavigate the globe in 1519, he wasn’t able to bring a digital camera or a smartphone with him. Yet, as the eagerly awaited images from the Mars rover prove, modern exploration is inconceivable without photography. Since its invention in 1839, photography has been integral to exploration, used by explorers, sponsors, and publishers alike, and the early twentieth century, advances in technology—and photography’s newfound cultural currency as a truthful witness to the world—made the camera an indispensable tool. In Photography and Exploration, James R. Ryan uses a variety of examples, from polar journeys to space missions, to show how exploration photographs have been created, circulated, and consumed as objects of both scientific research and art.
Examining a wide range of photographs and expeditions, Ryan considers how nations have often employed images as a means to scientific advancement or territorial conquest. He argues that because exploration has long been bound up with the construction of national and imperial identity, expeditionary photographs have often been used to promote claims to power—especially by the West. These images also challenge the way audiences perceive the world and their place within it. Featuring one hundred images, Photography and Exploration shines new light on how photography has shaped the image of explorers, expeditions, and the worlds they discovered.

“A very rich and detailed account of how exploration has been visualized that nonetheless offers a synoptic view of the pictorial practices from the mid-nineteenth century to the present and raises some key themes for the analysis of photography generally.”

“In this engaging and beautifully illustrated book, Ryan delves into a wide range of photographs and geographical expeditions from the mid-nineteenth century to the present as a way of bringing new interpretations to the visual history of exploration. The result is an insightful discussion of the historical complexity of the ways in which photography shaped the image of explorers, expeditions, and the worlds they represented. . . . A book full of gems. Fitting well within the brief of Reaktion’s Exposures series, it offers intriguing insights into the world of expeditionary photography.”

“Ryan takes a look at the symbiotic relationship between exploration and photography, and the way in which photography helped to create the myth of the explorer. . . . Ryan’s book does more than chronicle explorers’ achievements through surviving imagery. It also examines the role of exploration photography in changing our view of the world. . . . The advent of exploration photography helped to change the way that we, as a society, look at the world, and this book is a fitting, and beautifully illustrated, reminder of the role it has played in our collective consciousness.”

“Offers an authoritative, effortlessly synoptic account of these related disciplinary fields. Its subject is the relationship between photography and exploration from the announcement of photography in 1839 to the present day, and Ryan’s approach is sensitive to questions of time, place, and power, while also richly informed by theoretical developments in the field. . . . Ryan’s historical and theoretical mastery of the field is compelling, while there is an extremely effective relationship between his clear narrative text and the illustrations—at least one per page—which are exceptionally well integrated into the discussion both conceptually and editorially, through a clear referencing system.”

“This is a book which is both enjoyable and highly illuminating.”