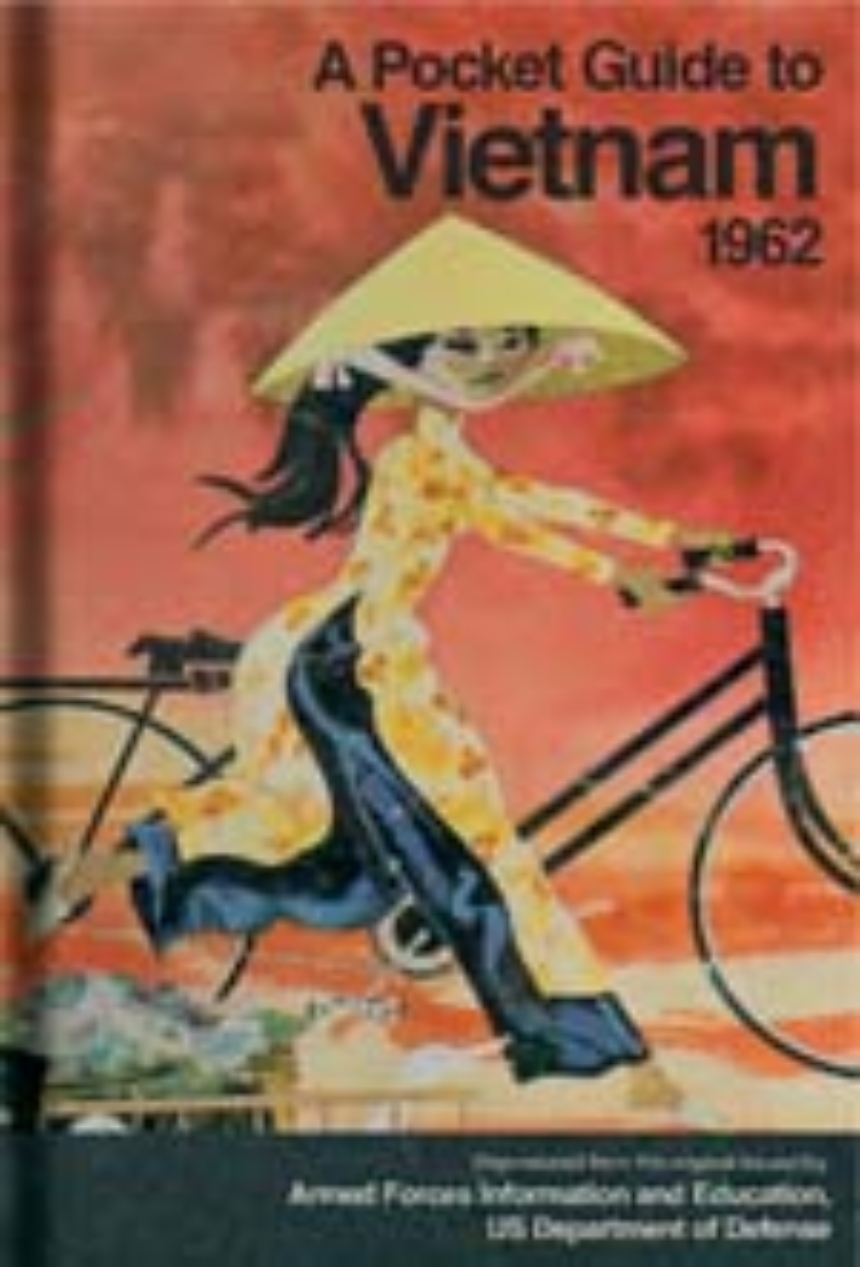 Edited by The Bodleian Library

Edited by The Bodleian Library

With a Foreword by Bruns Grayson

For most Americans in the 1960s, Vietnam was a faraway land of which they had little or no knowledge. Yet soon, hundreds of thousands of young American men and women would find themselves on the other side of the globe, fighting—and, in many cases, living—with the Vietnamese people. To lessen the culture shock, the Department of Defense prepared A Pocket Guide to Vietnam, 1962, a remarkably compact and surprisingly timeless crash course in Vietnamese culture for visitors to this foreign land.

Republished by the Bodleian Library with original illustrations and a new foreword by Bruns Grayson, who served as a US Army captain in Vietnam, the Pocket Guide takes the reader on a need-to-know tour through the culture, customs, geography, and politics of Vietnam. Among the straightforward words of wisdom on offer are “Don’t think Americans know everything” and “You will fulfill your duty best by remembering at all times that you are in a land where dignity, restraint, and politeness are highly regarded.” The Pocket Guide was designed to instill in soldiers an understanding of and respect for the Vietnamese people—crucial to the success of the venture—and it therefore also sheds further light on the political aspirations of the time.
Famously controversial, the Vietnam War is among the defining conflicts of the latter half of the twentieth century and, as such, the key battles and strategies have been dealt with in considerable depth. But beyond these purely militaristic concerns are the everyday lives of the soldiers who served there. A behind-the-front-lines look at a wide range of social situations they might have encountered, the book makes for captivating reading for anyone interested in Vietnam and its cultural, social, political, and military history.

"This surprisingly timeless text reprints the original document issued by the US Department of Defense to Americans traveling to Vietnam as part of the effort to prevent the global spread of Communism. Brimming with straightforward advice, the book illuminates recent history and an ancient culture."

How Much Do You Know About Vietnam?
Nine Rules
Opportunity to Serve
The Country
2,000 Years of History
The Republic of Vietnam
At Home with the Vietnamese
Mountain Tribespeople
Getting Around
Service with Satisfaction
Appendix
Suggested Reading
Vietnamese Language Guide