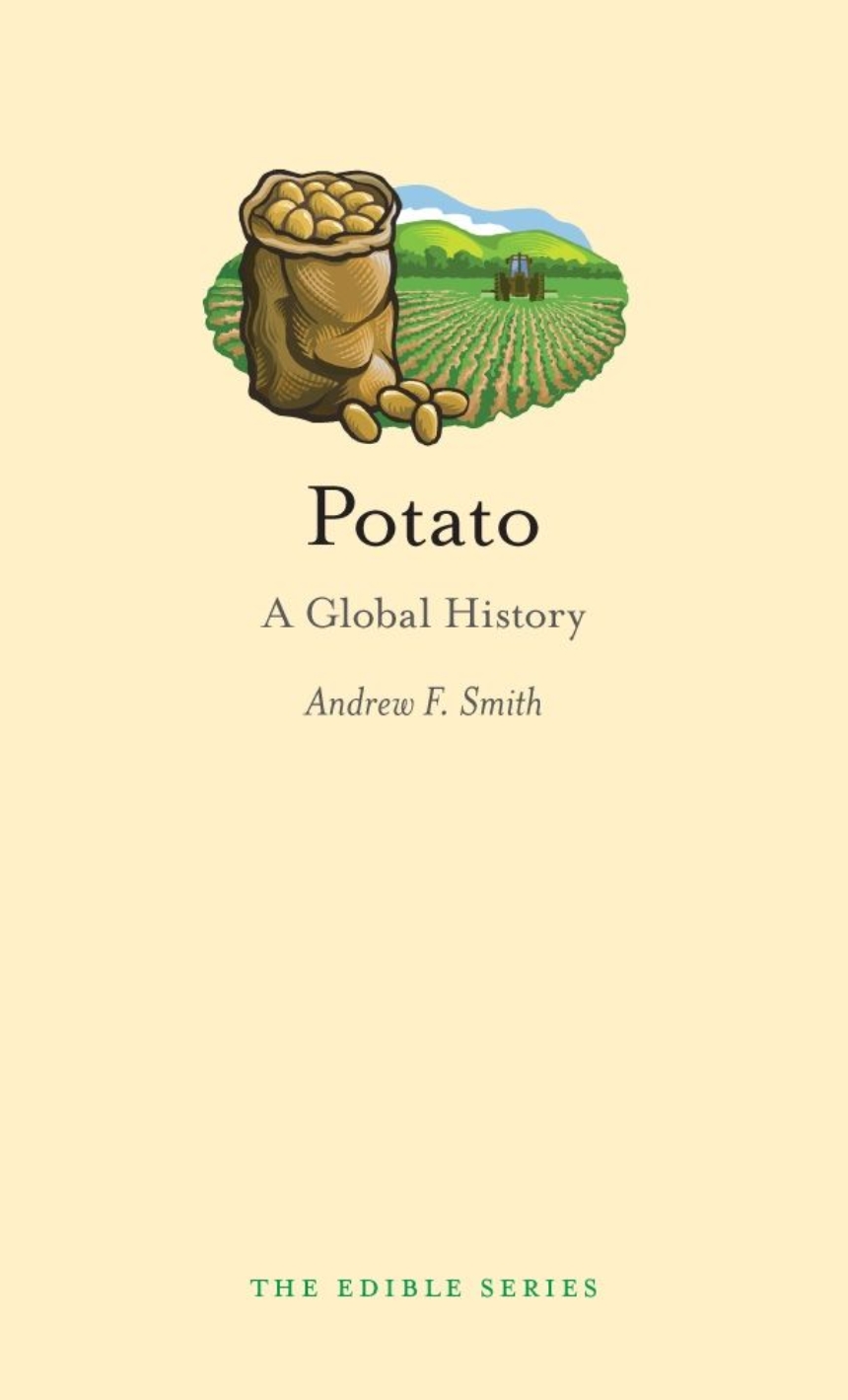 From obscure Pre-Columbian beginnings in the Andes Mountains to global popularity today, the story of the potato is one of rags to riches. In Potato, esteemed culinary historian Andrew F. Smith reveals the captivating story of a once lowly vegetable that has changed—and continues to change—the world.

First domesticated by prehistoric people in the Andes, the potato has since been adopted by cultures around the globe. For instance, the potato was aggressively adopted by cooks in India and China, where it has become a dietary staple. In fact, these two countries now stand as the world’s largest potato producers. Nonetheless, despite its popularity, in this era of both fast food and health consciousness, the potato is now suffering negative publicity regarding its low nutritional value. Its health benefits continue to be debated, especially considering that the potato is most often associated with the ubiquitous but high-calorie french fry.

Potato is a captivating read that provides a concisely written but thoroughly researched account of the history, economy, politics, and gastronomy behind this beloved starch—as well as recipes. As loaded with goodies as a well-dressed baked potato, this book is comforting and satisfying.

“As food historian Andrew F. Smith shows in Potato: A Global History, even the lowly spud packs a lot of colorful history, including a fleeting aphrodisiacal reputation: It was described by one 16th-century British writer as a lust-enhancing ‘venerous root.’ The potato is such a staple today that few who enjoy it realize that it was known only in Latin America until conquistadors returning to Spain introduced it to their countrymen.”

“We are quite taken with the short but engagingly readable Edibles series of handsome little books on basic, well, edibles, as in the cultural and global history of one type of food or beverage. Originating in England from Reaktion Books but written by foodie journalists or food science academics on both sides of the Atlantic, these spritely, much-illustrated books are a peruser’s delight.”

“A fun, smartly written series appropriate for a popular audience that likes to eat . . . the Edible series books provide level-headed and enjoyable overviews of food culture . . . These will create a little library that any foodie will be proud to show off . . . aesthetically pleasing volumes with decent content that would make good presents.”
—Winterthur Portfolio, on the Edible series

1. The Wild and Domesticated Potato
2. The Potato Diaspora
3. The European Potato Famine
4. The Culinary Potato
5. The Commercial Potato
6. The Cultural Potato
7. The Global Potato Today and Tomorrow