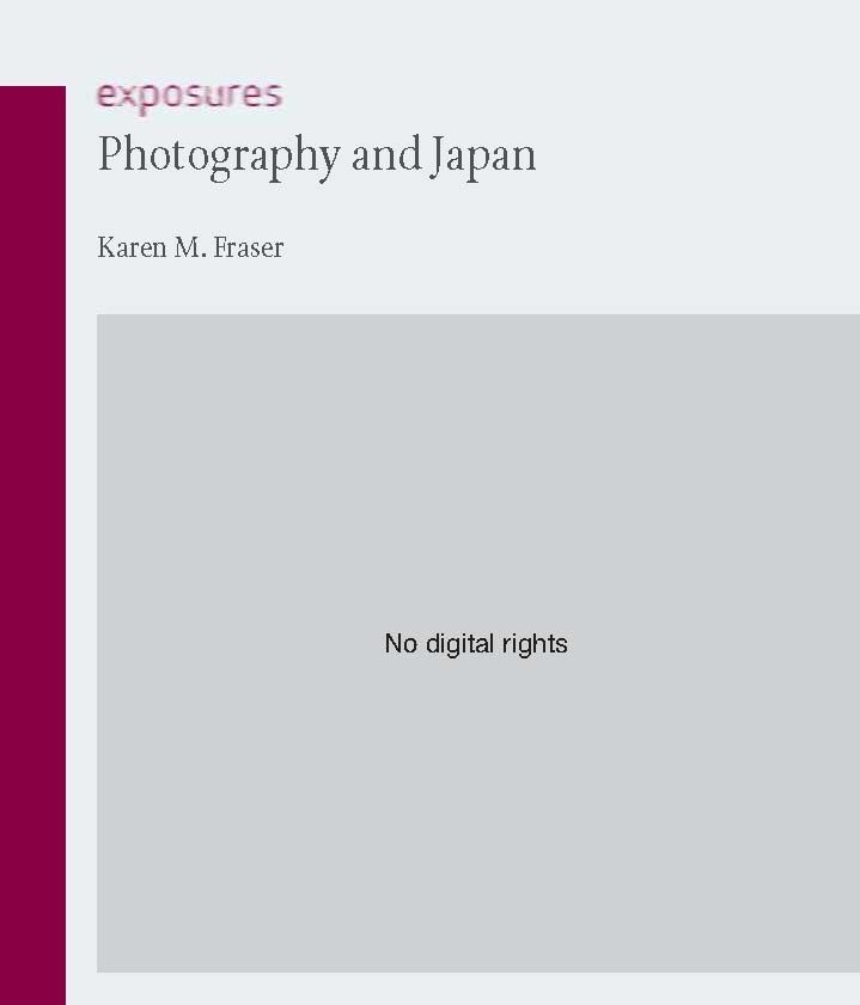 In Photography and Japan, Karen Fraser argues that the diversity of styles, subjects, and functions of Japanese photography precludes easy categorization along nationalized lines. Instead, she shows that the development of photography within Japan is best understood by examining its close relationship with the country’s dramatic cultural, political, and social history.

Photography and Japan covers 150 years of photography, a period in which Japan has experienced some of the most significant events in modern history and made a remarkable transformation from an isolated, feudal country into an industrialized, modern world power—a transformation that included a striking rise and fall as an imperial power during the first half of the twentieth century and a miraculous economic recovery in the decades following the devastation of World War II. The history of photography has paralleled these events, becoming inextricably linked with notions of modernity and cultural change.

Through thematic chapters that focus on photography’s role in negotiating cultural identity, war, and the documentation of urban life, Photography and Japan introduces many images that will be unfamiliar to Western viewers and provides a broadened context for those photos that are better known.

Introduction: Photography in Japan
One: Representation and Identity
Two: Visions of War
Three: Picturing the City