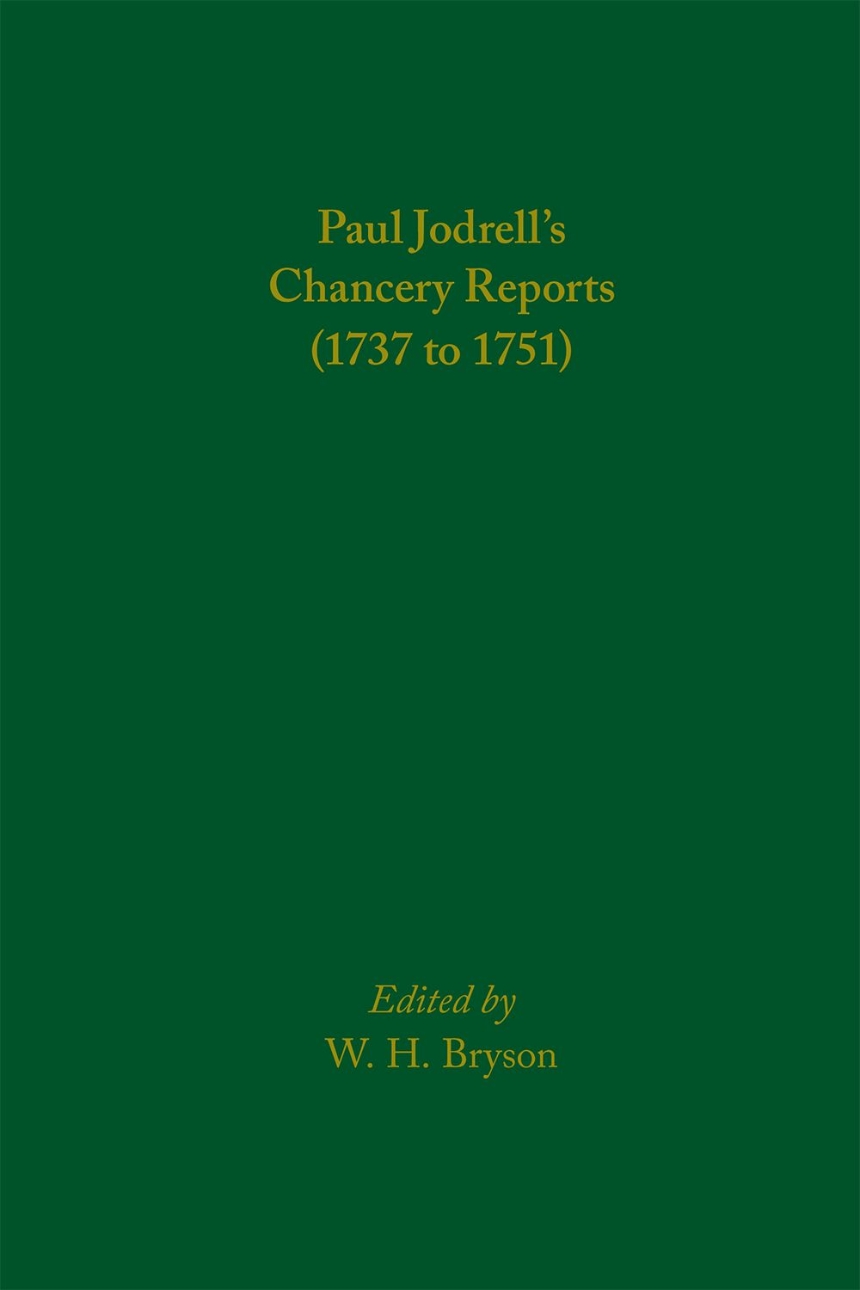 Paul Jodrell’s Chancery Reports cover the tenure one of the most famous of all English judges, Philip Yorke, Lord Hardwicke (1690-1764). These reports were well known and well respected in their original manuscript form by Lord Eldon and by Lord Campbell, who were themselves Hardwicke’s successors on the Chancery bench a century later. The manuscript was generally known to the lawyers of the late eighteenth century and they were widely cited. The cases reported here cover a wide range of the law, concentrating on the law of real property, wills and trusts, marriage settlements, commercial law and bankruptcy, and the law of debtor and creditor. The editor has added headnotes and footnotes that identify the cases cited by the court and the reporter in order to make them more useful to the modern user.