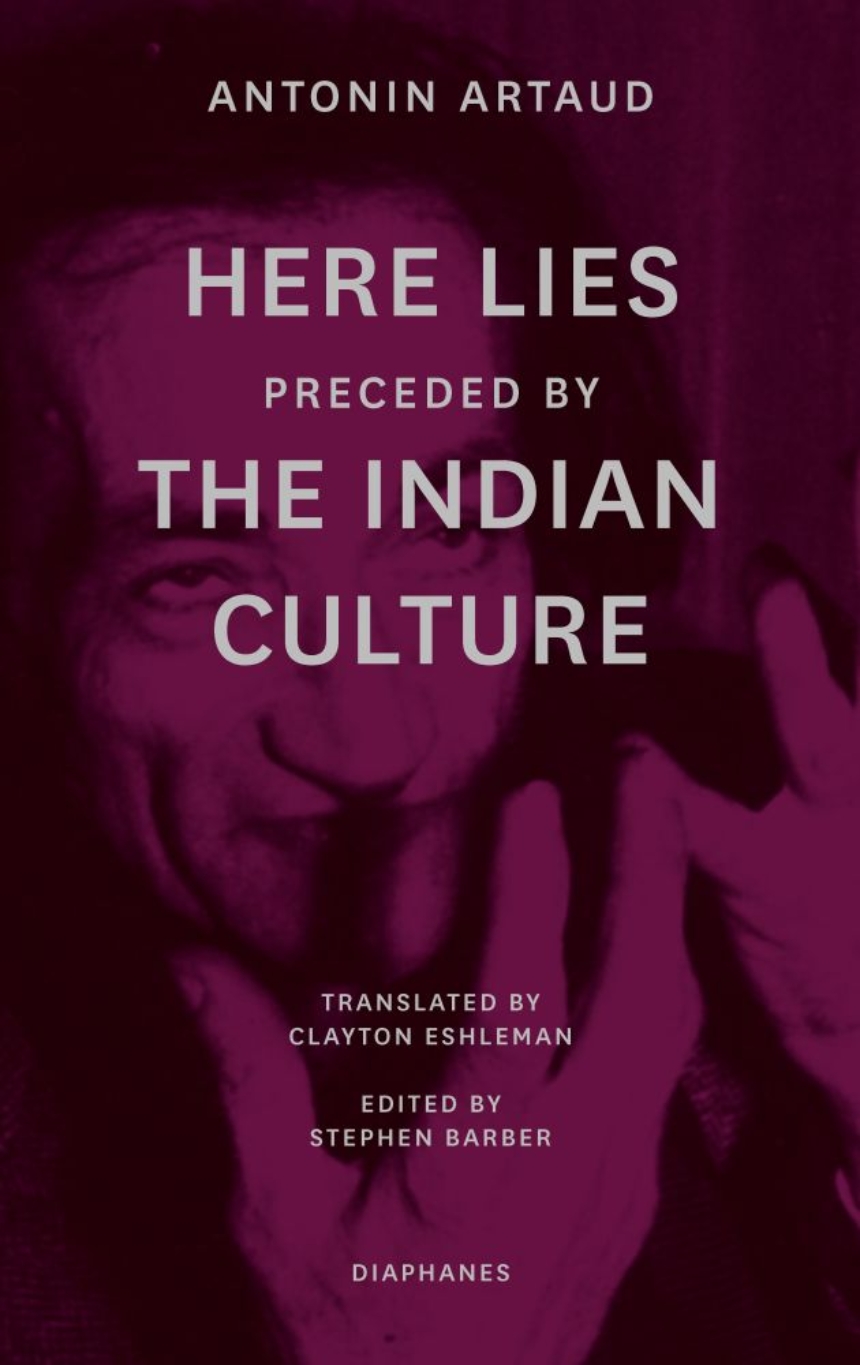 Edited by Stephen Barber
Translated by Clayton Eshleman
“Here Lies” preceded by “The Indian Culture” collects two of Antonin Artaud’s foremost poetic works from the last period of his life. He wrote both works soon after his release from the psychiatric hospital of Rodez and his return to Paris, and they were published during the flurry of intensive activity and protests against his work’s censorship. The Indian Culture is the first and most ambitious work of Artaud’s last period. It deals with his travels in Mexico in 1936 where Artaud sets aside his usual preoccupations with peyote and the Tarahumara people’s sorcerers to directly anatomize his obsessions with gods, corporeality, and sexuality. Here Lies is Artaud’s final declaration of autonomy for his own body from its birth to its imminent death, won at the cost of multiple battles against the infiltrating powers amassed to steal that birth and death away from him. Both works demonstrate Artaud’s final poetry as a unique amalgam of delicate linguistic invention and ferociously obscene invective.

“Here Lies” preceded by “The Indian Culture” was translated by the award-winning translator Clayton Eshleman, widely seen as the preeminent translator into English of Artaud’s work, with its profound intensity and multiply nuanced language. For the first time since its first publication, this bilingual edition presents the two works in one volume, as Artaud originally intended. This edition also features a contextual afterword by Stephen Barber as well as new material, previously untranslated into English.