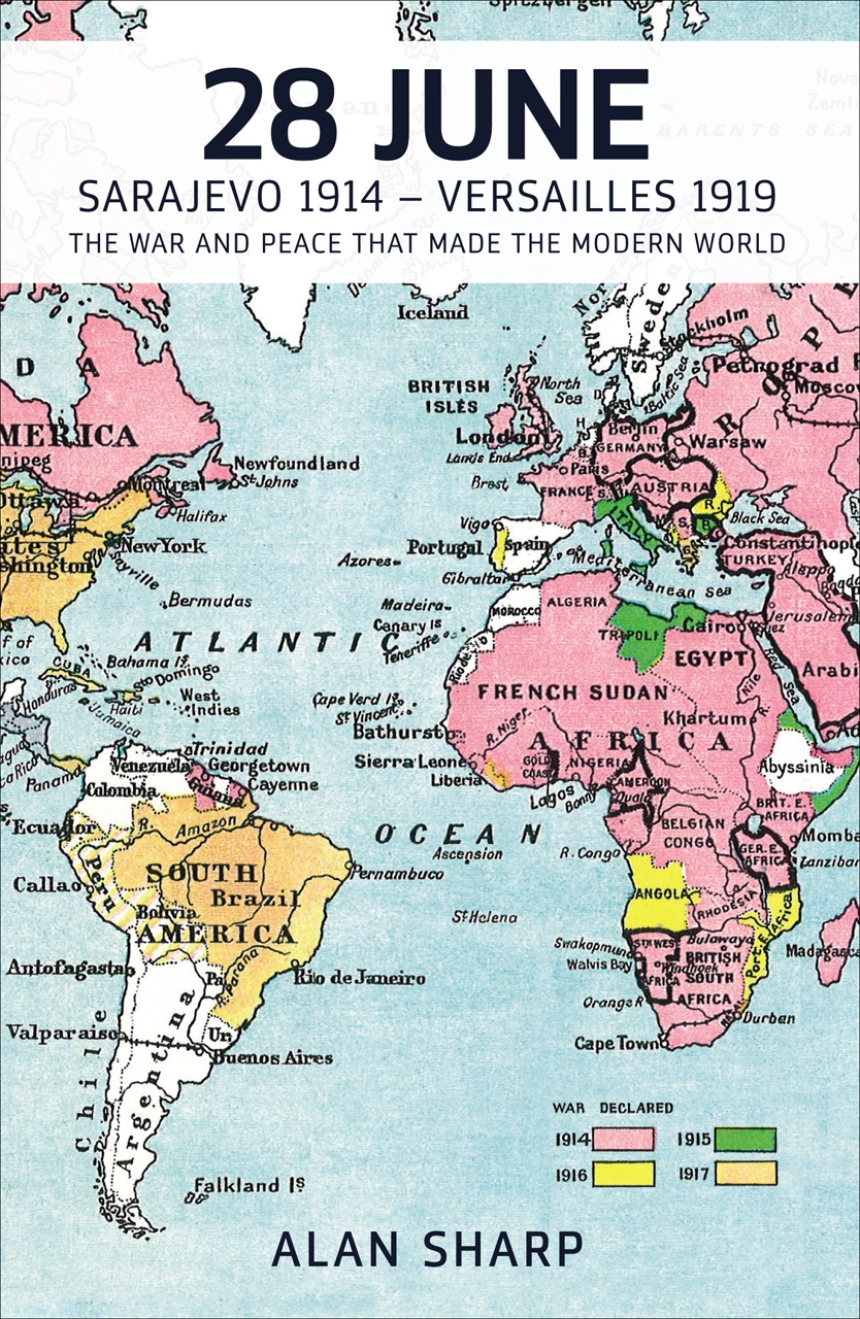 Sarajevo 1914 - Versailles 1919: The War and Peace That Made the Modern World

Sarajevo 1914 - Versailles 1919: The War and Peace That Made the Modern World

On June 28, 1919, the Peace Treaty was signed in the Hall of Mirrors at Versailles, five years to the day after the assassination of Archduke Franz Ferdinand in Sarajevo triggered Europe’s precipitous descent into war. This war was the first conflict to be fought on a global scale. By its end in 1918, four empires had collapsed, and their minority populations, which had never before existed as independent entities, were encouraged to seek self-determination and nationhood.

Following on from Haus’s monumental thirty-two Volume series on the signatories of the Versailles peace treaty, The Makers of the Modern World, 28 June looks in greater depth at the smaller nations that are often ignored in general histories, and in doing so seeks to understand the conflict from a global perspective, asking not only how each of the signatories came to join the conflict but also giving an overview of the long-term consequences of their having done so.

"28 June offers undergraduates and general readers a superb one-stop-shop book for the causes, influences on entry, and diplomatic finale of the First World War."

28 June 1914: Assassination of Franz Ferdinand in Sarajevo
2. Serbia, Sarajevo and the Start of Conflict
By Dejan Djokic

1 August 1914: Germany declares war on Russia – part I
4. The Problem of Germany
By Alan Sharp

4 August 1914: Britain (and its empire) declare war on Germany – part I
8. Britain and the Outbreak of War
By Alan Sharp

23 August 1914: Japan declares war on Germany
10. The Chance of a Millennium
By Jonathan Clements

5 June 1916: Arab revolt against the Ottomans begins
15. The Hejaz: On the Road to the Arab Rebellion
By Robert McNamara
Map 5: The Arab Revolt and its aftermath

7 April 1917: Cuba and Panama declare war on Germany
18. Central America, the Caribbean and the First World War
By Irene Fattacciu

13 April to 7 December 1917: South America and the First World War
19. In the Grasp of the United States
By Edoardo Braschi

22 July 1917: Siam declares war on Austria-Hungary and Germany
21. Why on Earth Was Siam a Participant in the First World War?
By Andrew Dalby

14 August 1917: China declares war on Austria-Hungary and Germany
22. Labourers in Place of Soldiers
By Jonathan Clements

12 January 1918: Liberia joins the war
24. Why Did Liberia Enter the First World War?
By Mariella Hudson

5 November 1918: Poland declares Independence
25. From Fighting in Three Armies to the Proclamation of an Independent Poland
By Anita Prazmowska

28: The Peace Settlement Reviewed
By Alan Sharp
Map 7: Turkey and the Near East 1923