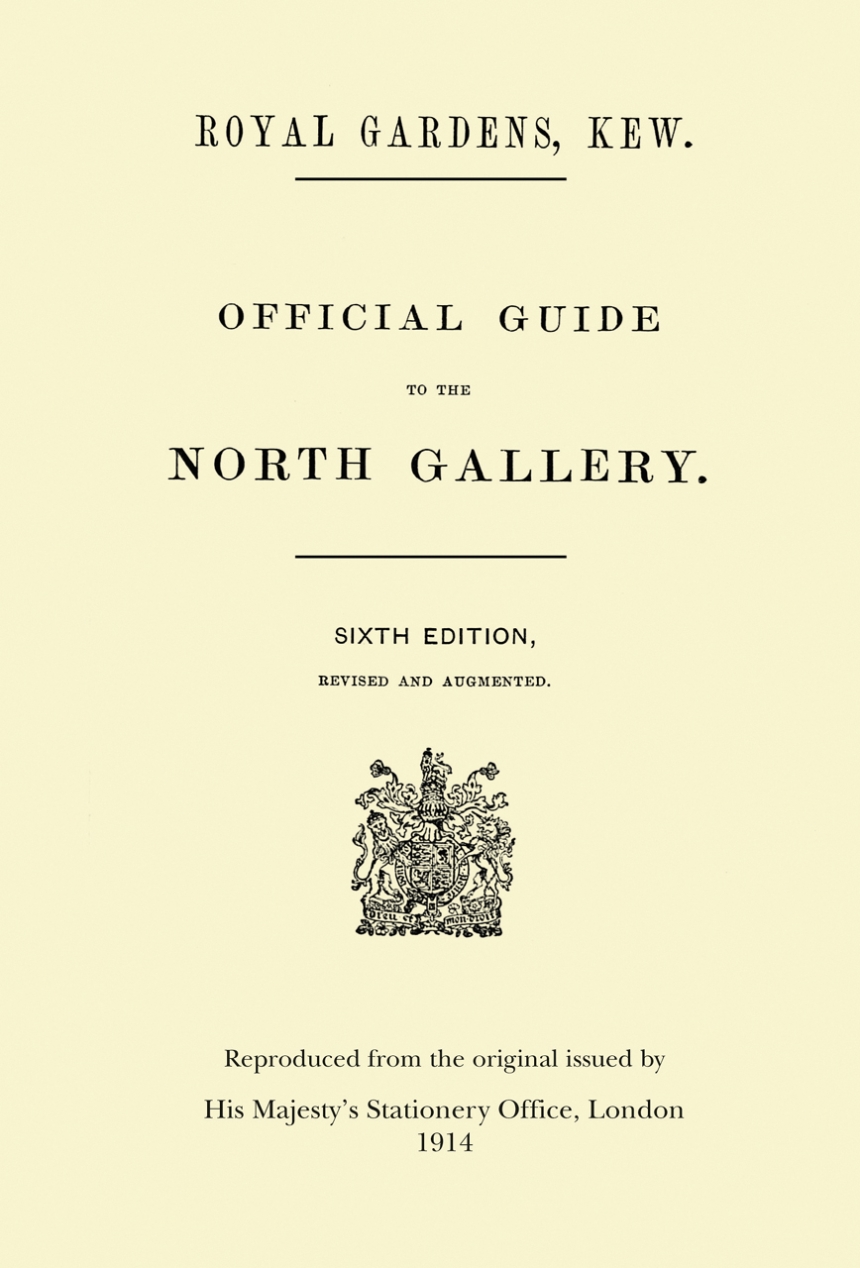 Marianne North, a Victorian adventuress, set out in 1871 on an ambitious expedition to make a pictorial record of the tropical and exotic plants of the world. In the course of her travels, Marianne North produced more than eight hundred paintings of plants, which are now housed in the gallery she had built at Kew Gardens. Republished after 85 years, the sixth edition of the official guide to the Marianne North gallery remains an instructive guide to the unique collection of paintings by Marianne North and her gallery in which they are placed.