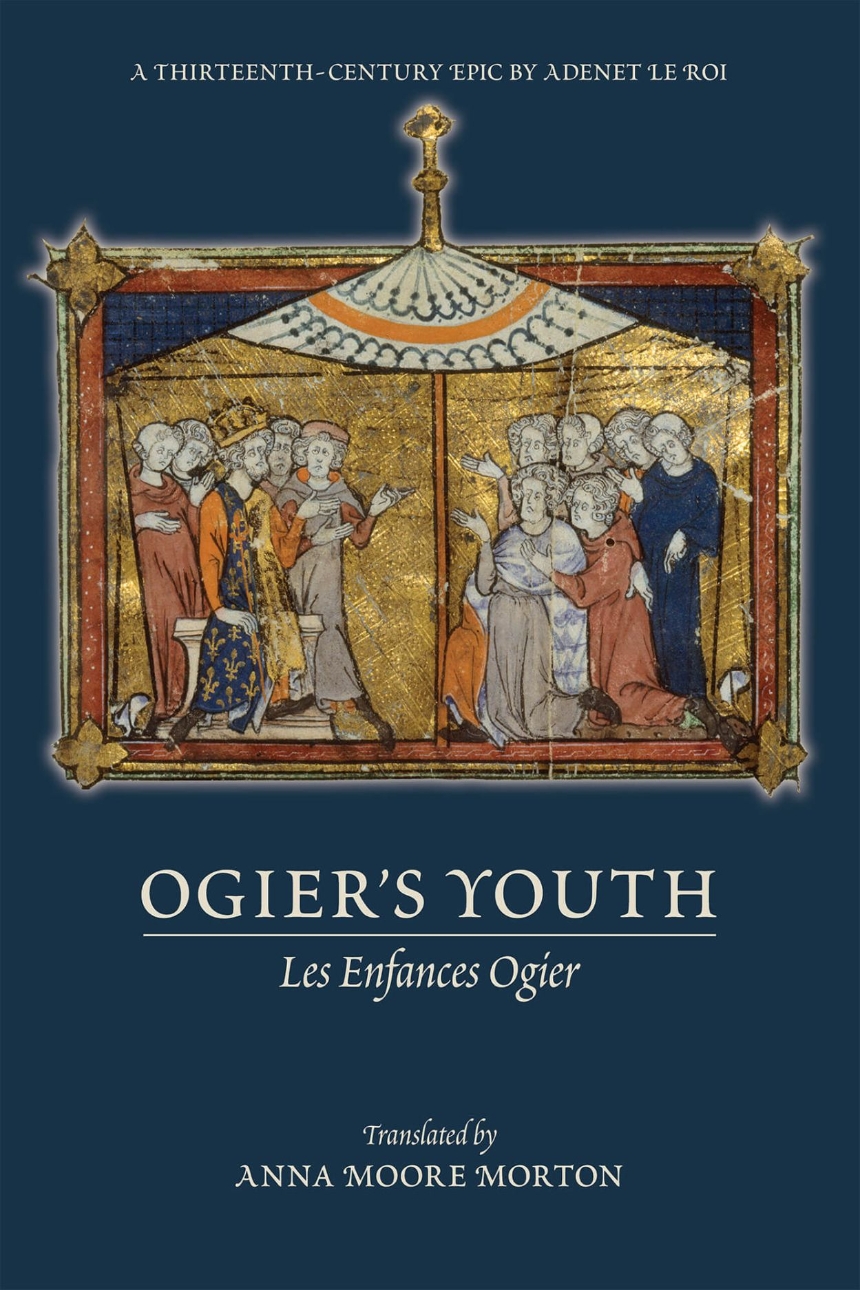 Ogier’s Youth is the first English prose translation of Les Enfances Ogier, an epic poem written in Old French in the late thirteenth century by Adenet le Roi, who lived in Brabant and Flanders. It concerns the exploits of a young knight, Ogier, who rose from his status as Charlemagne’s captive to become the hero of Charlemagne’s army in the latter’s campaign to recover Rome from a pagan army and restore the Pope to his holy seat. Ogier came to symbolize the hero who saves the city, the land from monstrous enemies. His legend as conquering hero persisted for centuries; versions of his story were written in many forms and many European languages. Reminders of Ogier’s fame are found from Belgium to Italy even today in such events as processions and puppet shows. Adenet’s version of the Ogier story is considered the most important and influential in the development of the enduring Ogier legend. Throughout Adenet’s story, we witness the development of a strong friendship between Ogier and Carahuel, a noble Saracen (Muslim) knight of the opposing army. The two warriors save one another’s lives when treachery threatens. We get a full and constant picture of Carahuel as a human being of complete integrity, honor and loyalty—qualities which also characterize Ogier. In addition, Carahuel’s faithful fiancée Gloriande, a strong, influential woman whose efforts are also crucial to the safety of both Ogier and Carahuel, plays an important part.