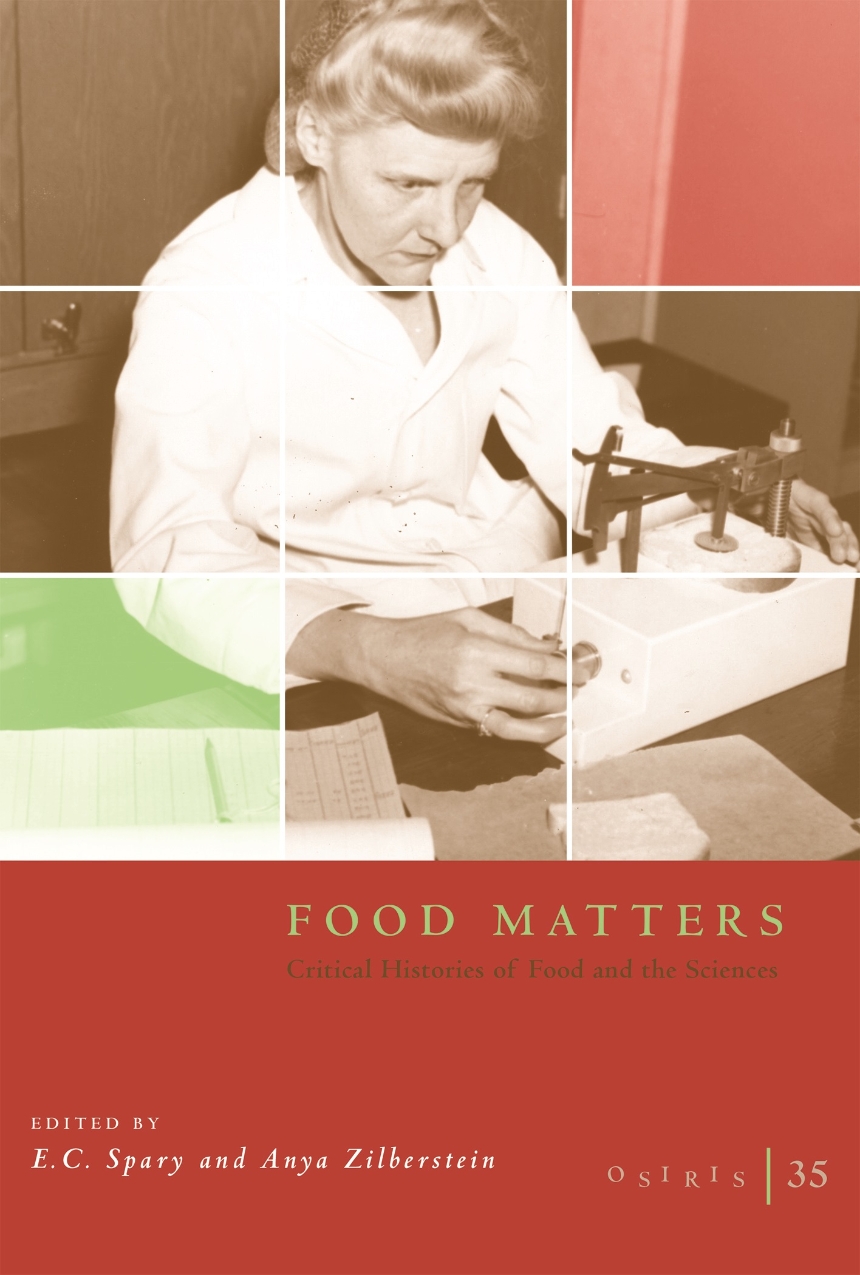 Food Matters: Critical Histories of Food and the Sciences

Food Matters: Critical Histories of Food and the Sciences

Since the early modern period, science has played an ever-growing role in healthcare, agriculture, the regulation of food and drink trades, and the standardization of nutrition guidelines. Yet until now, few studies had explored the historical processes through which scientific claims of knowledge gained the power to shape food supply chains and consumer choices. This volume of Osiris reveals how sciences of food have been informed by, and helped to shape in turn, an array of institutions, labor regimes, cultural practices, and ethical commitments.

The essays delve into a range of topics, from early modern dietetics and debates about cannibalism to modern ready-to-eat rations and Ayurvedic recipes, from analyses of hungry model organisms to the dining rituals of Silicon Valley entrepreneurs and their patrons. As Food Matters shows, the history of knowledge about food has always raised debates about the shifting definition and boundaries of expertise: between traditional recipes and experimental protocols; between domestic craft skill and laboratory procedure; between the management and redistribution of resources for the social body on the one hand, and the subjective experiences of individual bodies on the other. At a moment when the authority of science is being questioned by a variety of publics, Food Matters is a timely reminder that such tensions, always present in food-related domains, reflect broader historical developments through which science became a prevalent force in shaping all aspects of public and private life.

On the Virtues of Historical Entomophagy
E. C. Spary and Anya Zilberstein

A Natural History of the Kitchen
Anita Guerrini

Food, Population, and Empire in the Hartlib Circle, 1639–1660
Ted McCormick

The Technopolitics of Food: The Case of German Prison Food from the Late Eighteenth to the Early Twentieth Centuries
Ulrike Thoms

The Scientific Lives of Chicha: The Production of a Fermented Beverage and the Making of Expert Knowledge in Bogotá, 1889–1939
Stefan Pohl-Valero

Hungry, Thinking with Animals: Psychology and Violence at the Turn of the Twentieth Century
Dana Simmons