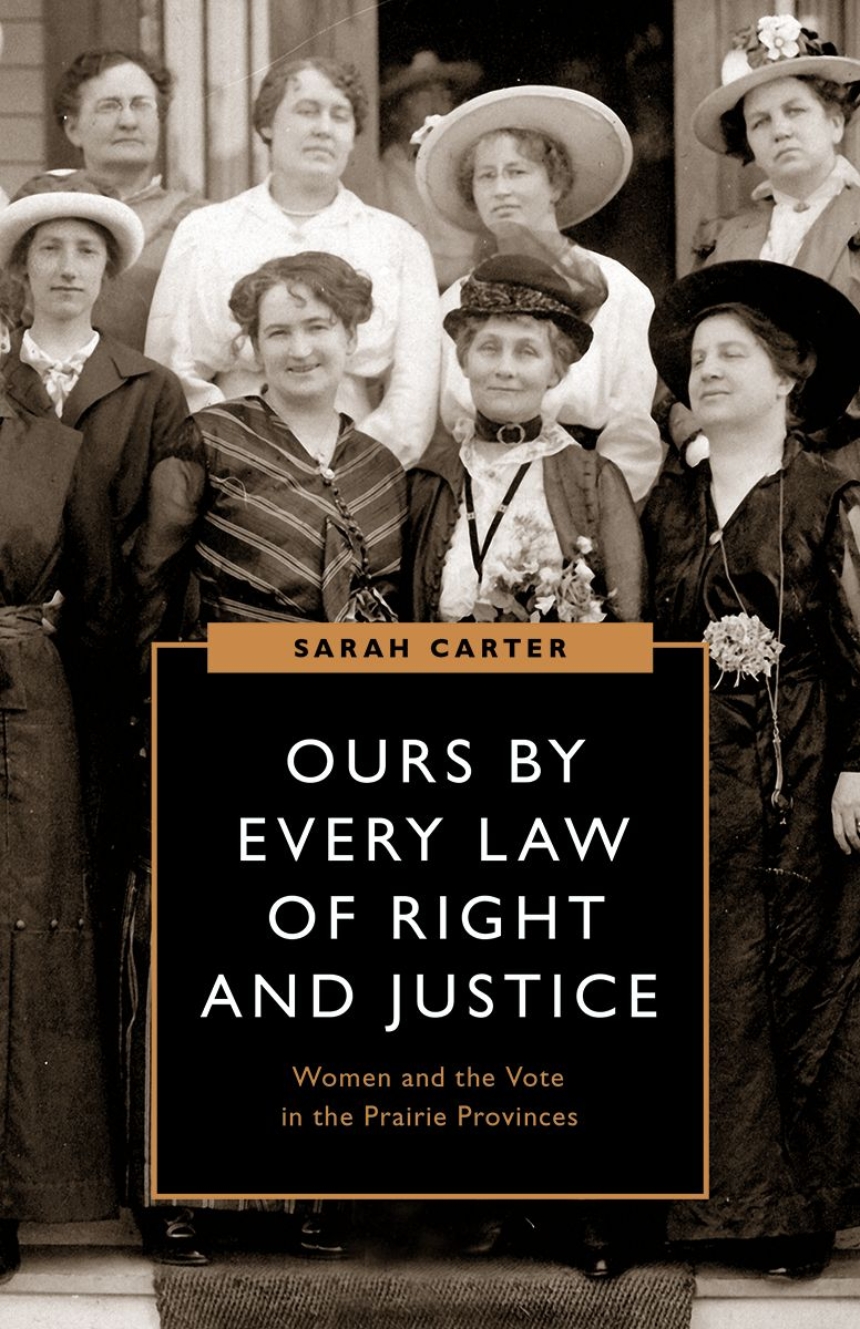 Ours by Every Law of Right and Justice

Women and the Vote in the Prairie Provinces

Ours by Every Law of Right and Justice

Women and the Vote in the Prairie Provinces

Many of Canada’s most famous suffragists—from Nellie McClung and Cora Hind to Emily Murphy and Henrietta Muir Edwards—lived and campaigned in the Prairie provinces, the region that led the way in granting women the right to vote and hold office. In Ours by Every Right and Justice, Sarah Carter challenges the surprisingly resilient myth that grateful male legislators simply handed western women the vote in recognition that they were equal partners in the pioneering process. Rather, she shows, suffragists worked long and hard to overcome obstacles, persuade doubters, and build allies. Yet their work also had a dark side. Even as settler suffragists pressured legislatures to grant their sisters the vote, they often approved of that same right being denied to “foreigners” and Indigenous men and women. By situating the suffragists’ struggle in the colonial history of Prairie Canada, this powerful and passionate book shows that the right to vote meant different things to different people—political rights and emancipation for some, domination and democracy denied for others.

Women’s Suffrage and the Struggle for Democracy