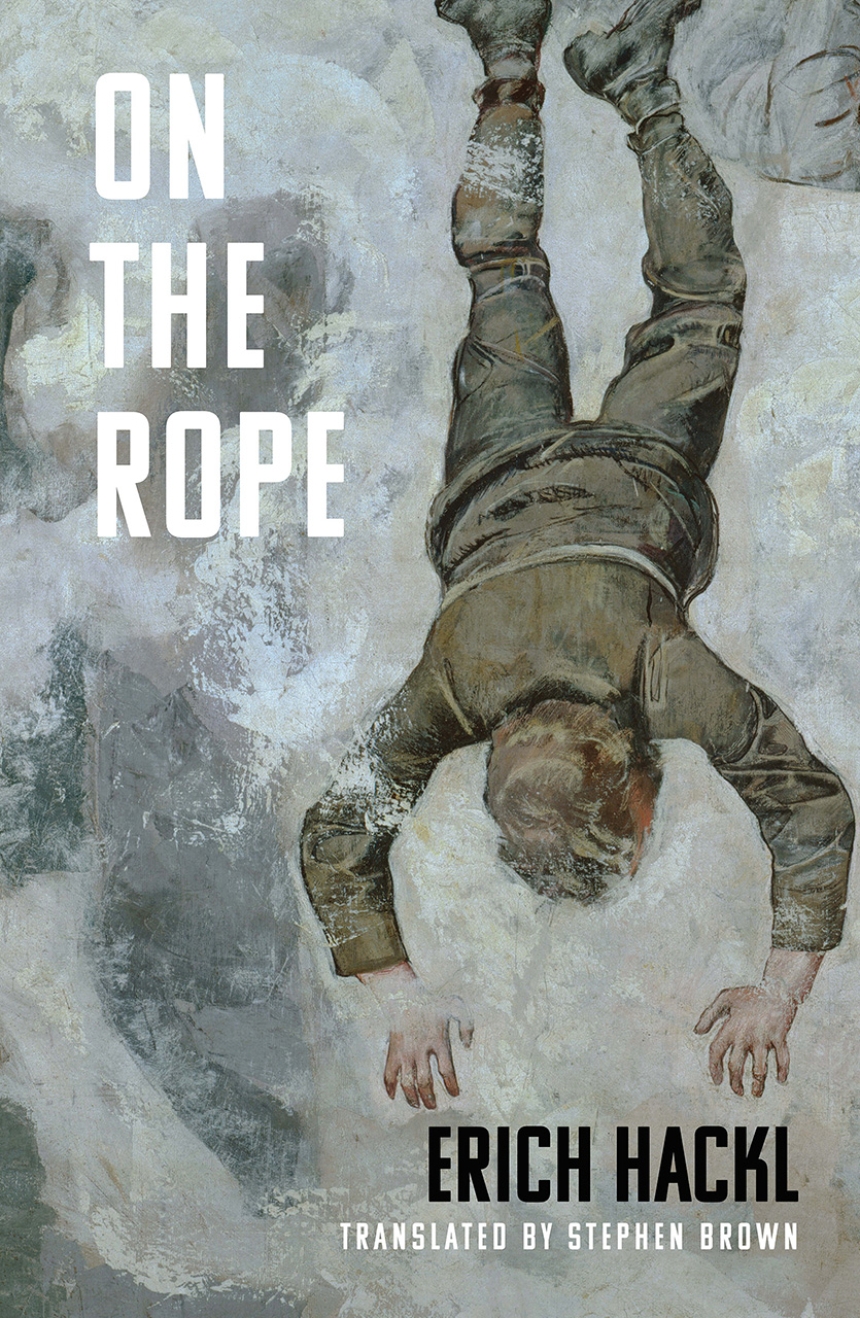 Translated by Stephen Brown
As German Jews, Regina Steinig and her daughter Lucia are forced into hiding during the Second World War. Finding refuge in the workshop of a local beltmaker, they hold on to each other as they live in constant fear of discovery by his neighbors and customers. When their hideaway is damaged in an air raid in the closing months of the war, the women are forced on the run and are locked in a desperate battle for survival.

Based on a true story, On the Rope is an account of extreme courage in the face of danger, violence, and hatred. Exploring themes of displacement and survival, friendship and family, it ends with the women’s efforts to bring recognition the selfless heroism of those who faced tremendous personal risk in order to protect them. A novella by one of Europe’s most prominent literary novelists, On the Rope layers deeply personal stories in a grounded historical account of life before, during, and after the Second World War. It paints a vivid picture of the hardships forced upon people by conflict and separation, depicting the forming and unravelling of relationships as a fact of life.

“Hackl's definition of truth looks different. His novel is truthful, it captures what stories people tell him and how they were told to him.”

"Nothing brings home more starkly the contingencies of living in hiding than the instruction fever-ridden Regina gives to her young daughter, Lucia. Lucia and Reinhold (the humble, gentile Berliner who courageously shelters these fugitive Jews in wartime Vienna) must dismember her corpse and bury it secretly in an allotment. This moving, gripping account of survival over a terrifying four years is based on interviews with Lucia by the well-known Austrian author. The good-souled Reinhold Duschka baulked at any mention of his deeds or the risks he’d taken. But at 90, and before he died, he was honoured by Israel as one of the 'Righteous Among the Nations' on a proposal from Lucia, the young girl – and her mother – whom he had saved from the gas chamber."

"Hackl's On the Rope is a compelling story of unheralded courage and survival. With prose stripped to the bone, it reminds us that humanity in the middle of great inhumanity is still a possibility."

(Andrew Williams, author of A Passing Fury: Searching for Justice at the end of WWII

"This book is written with immense modesty, which befits its hero, Reinhold Duschka. Yet the story it tells is one of immense moral grandeur, involving a simple gesture of humanity in a world of appalling evil. It gives one what I imagine is that terrifying, but sublime, sensation of being on the edge of a mountainous precipice, looking out at what appear infinite heights and depths, where any moment a small slip, or a misplaced step, could lead to disaster, were you not tied, 'on the rope,' to your fellow climbers. They are literally your lifeline, and, you hope, will have the strength, should you fall, to haul you to safety. The way in which Hackl takes this moving true story of one man’s heroic act to hide the Jewish wife and daughter of his friend from the Nazis and ties it to the culture and social context of mountaineering is beautifully done. It shows, in a chilling and gripping manner, how even over the moral abyss of wartime Vienna the links of friendship and camaraderie inspired--and also enabled--a man like Reinhold Duschka to perform his act of grace, and not to fall."

Steven Beller, author of A Concise History of Austria

"A story about motherhood, friendship, resilience, survival, and solidarity."