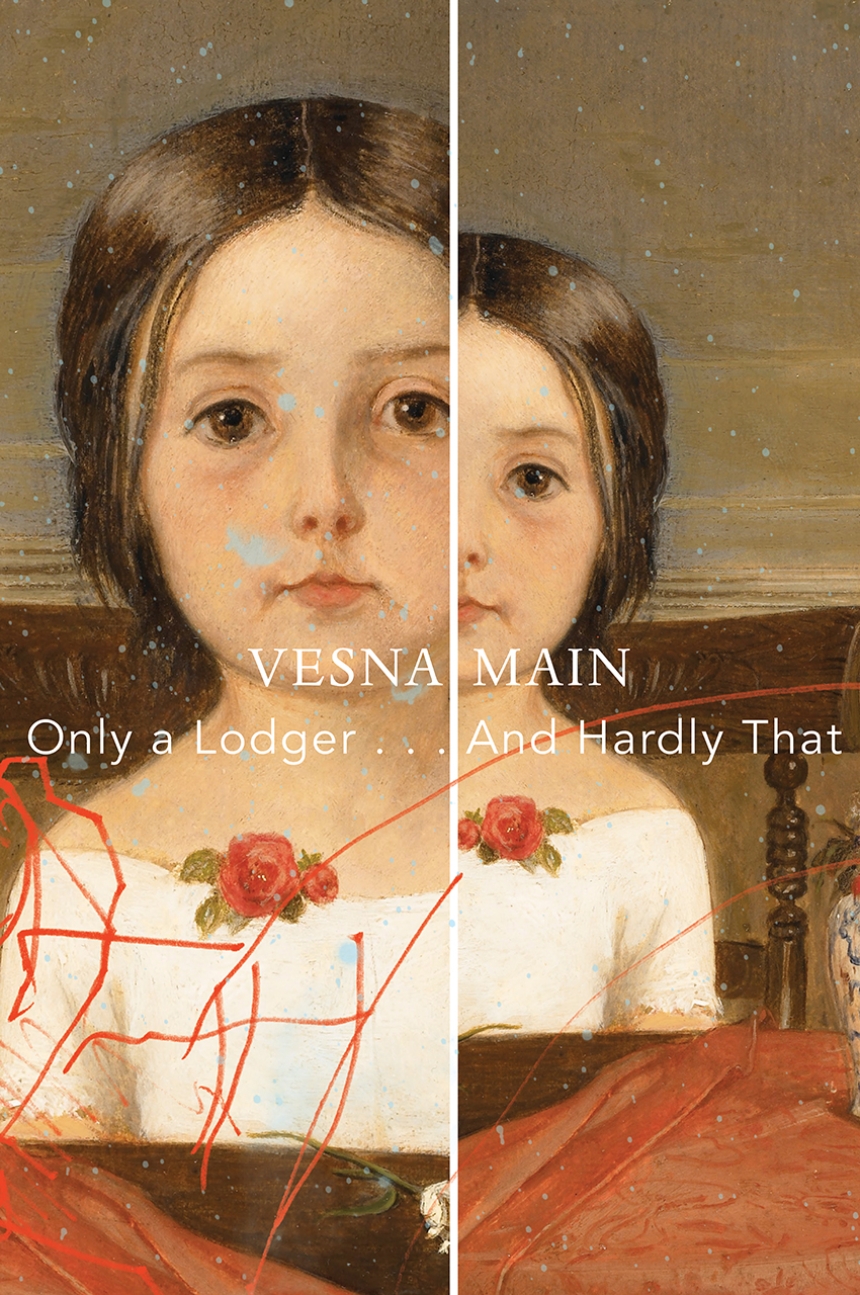 A novel in five parts, Only a Lodger . . . And Hardly That puts Vesna Main’s power of beautiful observation on full display as she explores how writing stories about one’s ancestors is key route to learning about and fashioning one’s own identity. While the stories are self-contained, together they form a narrative whole that approaches this age-old idea from five unique perspectives.

In “The Eye/I,” we meet someone called She, who obsessively tells the story of her childhood and adolescence to an unnamed narrator. “The Acrobat” is a sequence of prose poems, written in the style of magic realism, which tell the story of Maria and her life-changing adolescent encounter with a flying circus performer. The female protagonist of the first section narrates “The Dead,” describing the secret life of a grandfather she never truly knew and his unusual habit of sending family members anonymous parcels of carefully chosen books. In “The Poet,” she examines four family photographs in order to piece together a story of her other grandfather, the husband of Maria. The final section, “The Suitor,” is a first-person narrative told by Mr. Gustav Otto Wagner, an older man who hoped to marry Maria but was ultimately turned down.

"Croatian-born novelist Vesna Main writes unusual and formally ambitious fiction. . . . Only a Lodger… And Hardly That is subtitled 'a fictional autobiography' and hovers somewhere between memoir and novel, also playing with perspective and style. Main writes about a difficult upbringing in a compelling, continuous monologue before switching to sparser, more fragmentary prose, while later sections narrate the histories of her grandparents."

The language is playful, sometimes dense, but always intelligent and original as Main dips in and out of the authorial voice, subject and observer. The stories can be enjoyed in their own right, but sequentially, they form a substantial work; a book which travels far beyond nineteeth-century Mitteleuropa to probe the meaning of our place in the world today; the fragile foundations that shape identity, whether chosen or inherited.

"Across five stylistically diverse chapters, Vesna Mian tells us stories about those whose actions and decisions, loves and deficiencies, fantasies and hardships led to her becoming a person who can write a book in which memory is challenged to reveal fractured, imperfect truths. Through a complexity of voices and perspectives, she has created a deep and beautiful work of speculative autobiography, one which always acknowledges the essential fiction of our own memories."

"I read this book in a few hours and absorbing it, is like a long digestion because of the thematic treated, the characters introduced to us, readers. . . . This book is a gem, trust me. You'll love it and you'll treasure forever."

"Only a Lodger… And Hardly That leaves us with a different way to consider the past and our ancestors and encourages us to look for new ways to tell their stories, as well as our own."