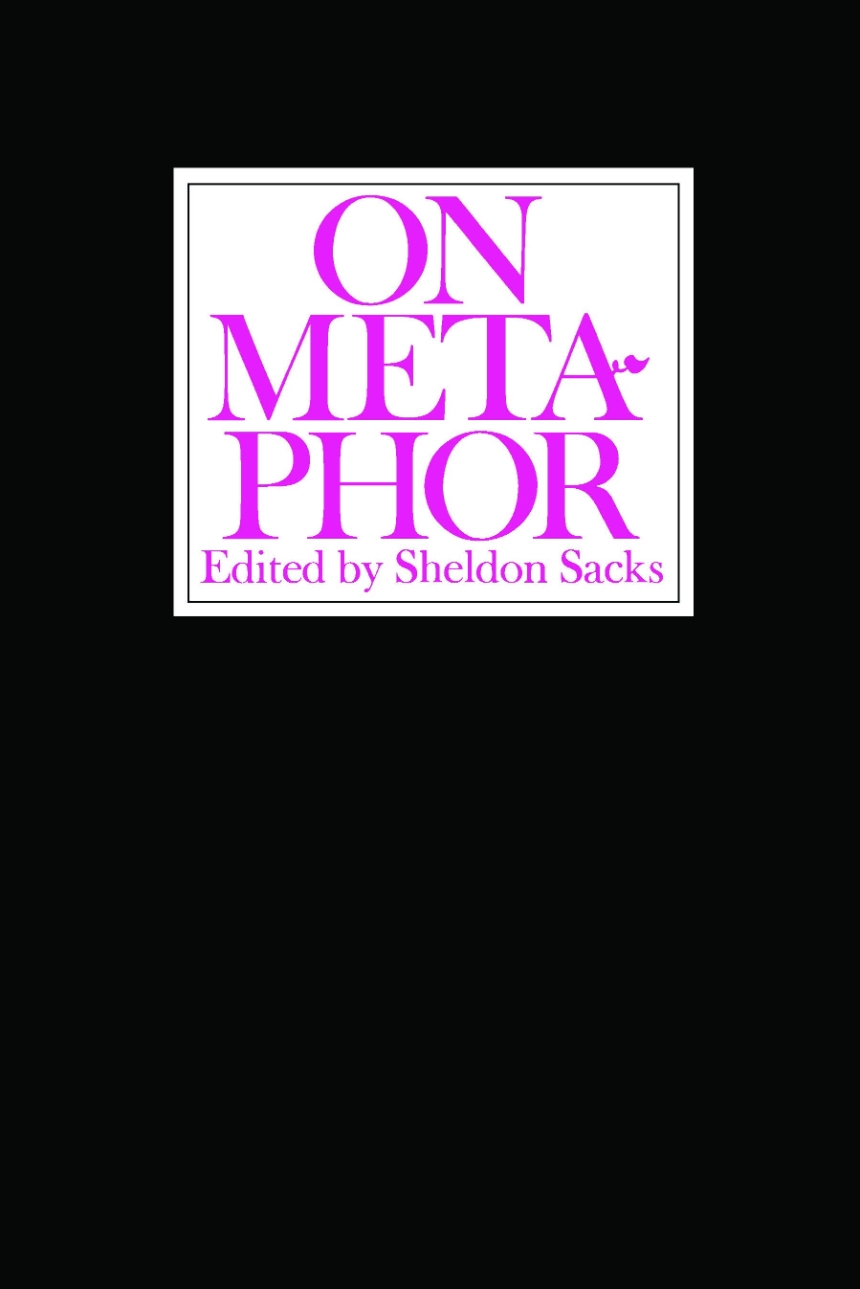 On Metaphor, a collection of fourteen essays by eminent philosophers, literary critics, theologians, art historians, and psychologists, illustrates and explores a striking phenomenon in modern intellectual history: the transformation of metaphor from a specialized concern of rhetoricians and literary critics to a central concept in the study of human understanding. These lively and provocative essays probe the nature, function, and meaning of metaphor and collectively demonstrate the multidisciplinary implications of the concept.

Because of its comprehensive scope, the volume is useful both as a resource for those interested in contemporary philosophy and theories of language and as a text for courses in such areas as the philosophy of language, critical theory, and the philosophy of knowledge. Originally published as a special issue of Critical Inquiry, the present collection includes two new contributions by Max Black and Nelson Goodman, along with a comprehensive index to the work.

Foreword
Metaphor and the Cultivation of Intimacy by Ted Cohen
The Epistemology of Metaphor by Paul de Man
What Metaphors Mean by Donald Davidson
Metaphor as Rhetoric: The Problem of Evaluation by Wayne C. Booth
Metaphor and Transcendence by Karsten Harries
Metaphor and Religion: The Test Case of Christian Texts by David Tracy
Art and Life: A Metaphoric Relationship by Richard Shiff
The Development of Metaphoric Competence: Implications for Humanistic Disciplines by Howard Gardner and Ellen Winner
The Metaphorical Process as Cognition, Imagination, and Feeling by Paul Ricoeur
Afterthoughts on Metaphor
I. A Postscript on Metaphor by W. V. Quine
II. Toward a Psychology of Metaphor by Don R. Swanson
III. The Many Uses of Metaphor by Karsten Harries
IV. Ten Literal "Theses" by Wayne C. Booth
V. Metaphor as Moonlighting
VI. How Metaphors Work: A Reply to Donald Davidson by Max Black
Index