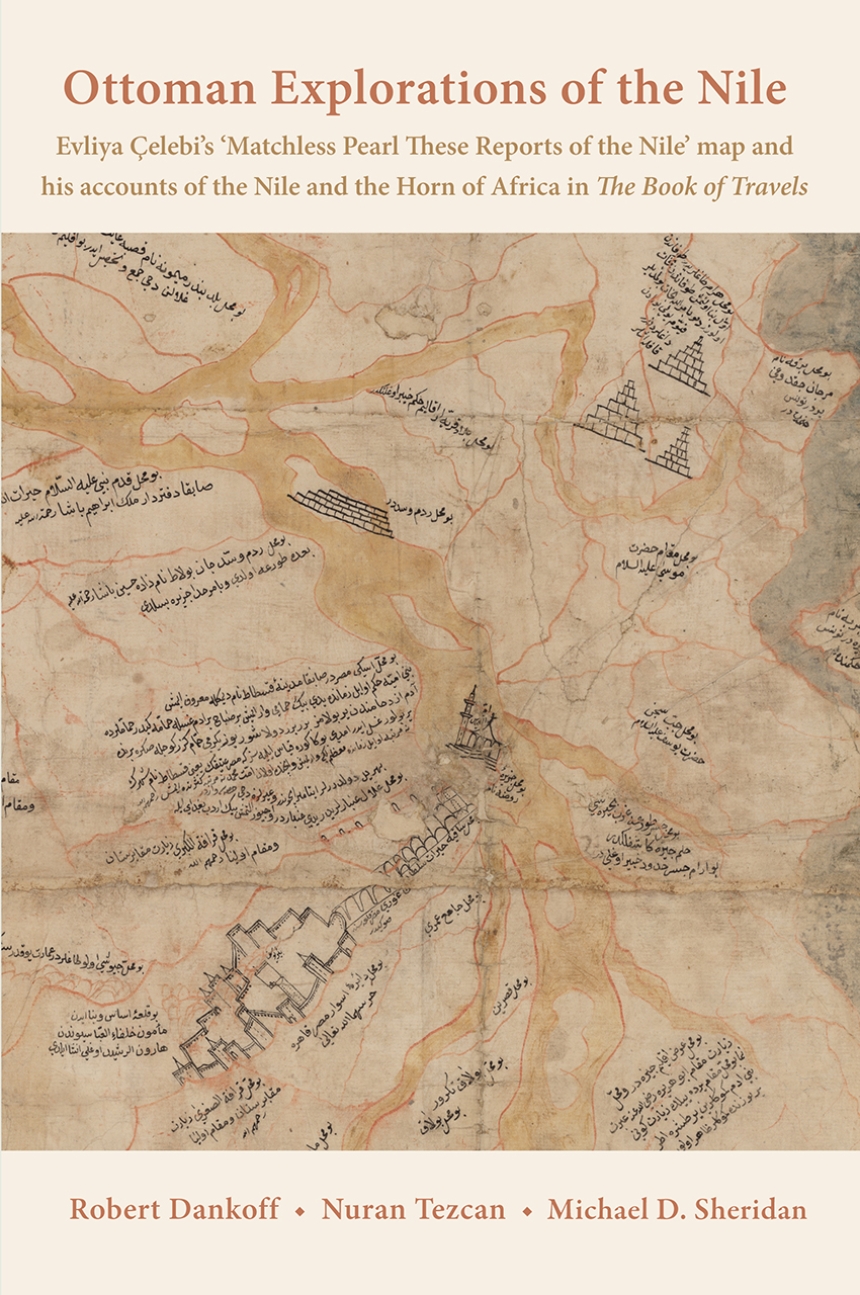 Ottoman Explorations of the Nile

Ottoman Explorations of the Nile

Before the time of Napoleon, the most ambitious effort to explore and map the Nile was undertaken by the Ottomans, as attested by two monumental documents: an elaborate map, with 475 rubrics, and a lengthy travel account. Both were achieved at about the same time—c. 1685—and both by the same man.

Evliya Çelebi’s account of his Nile journeys, in the tenth volume of his Book of Travels (Seyahatname), has been known to the scholarly world since 1938, when that volume was first published. The map, held in the Vatican Library, has been studied since at least 1949. Numerous new critical editions of both the map and the text have been published over the years, each expounding upon the last in an attempt to reach a definitive version. The Ottoman Explorations of the Nile provides a more accurate translation of the original travel account. Furthermore, the maps themselves are reproduced in greater detail and vivid color, and there are more cross-references to the text than in any previous edition. This volume gives equal weight and attention to the two parts that make up this extraordinary historical document, allowing readers to study the map or the text independently, while also using each to elucidate and accentuate the details of the other.

"This book is a useful resource for those interested in the ‘earliest’ of travellers . . . and provides an important addition to the observations, experiences, and perspective provided by other 17th century travellers. Put simply, a manuscript of incredible significance is now available at your finger-tips for easy perusal, and one of the most charming features of this work? The authors provide a beautiful pull-out printed copy (in full colour) of the Vatican map at the back (the equal length of ten pages of the book). A ‘splendid volume,’ as a previous reviewer of the work put it, and well-worth owning."