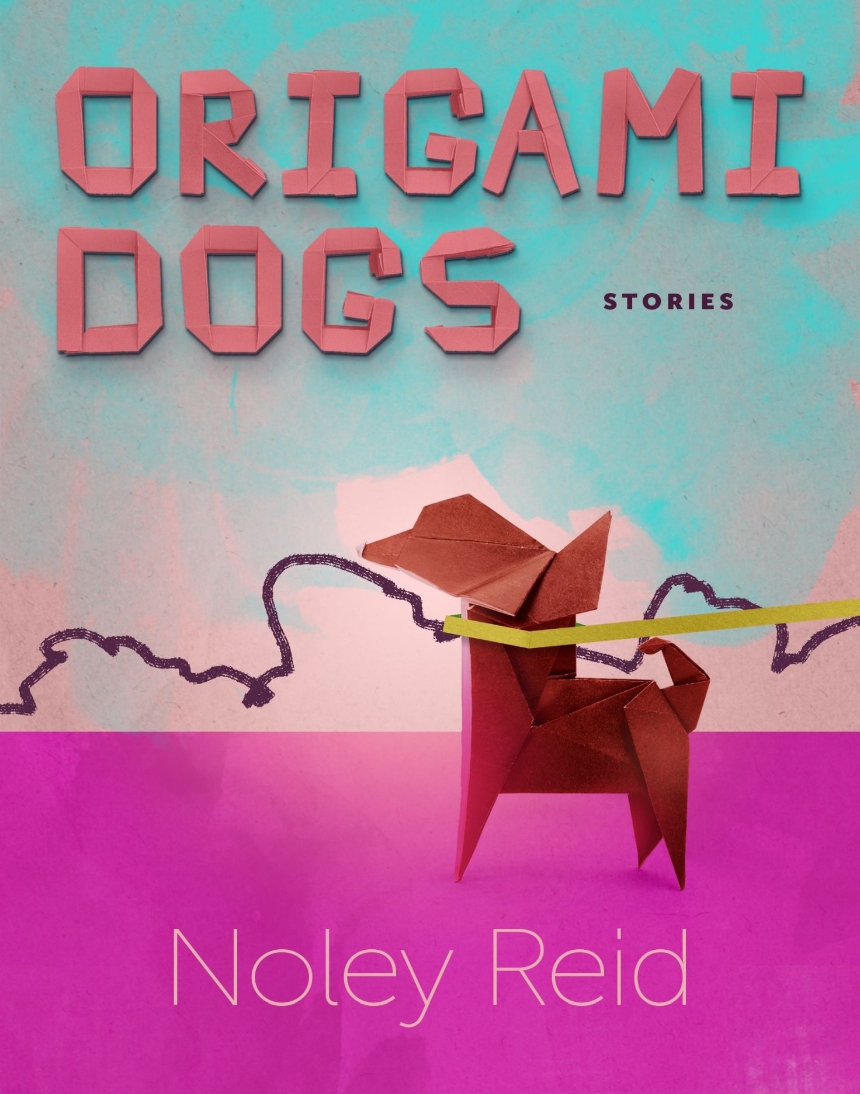 Stories of characters who face tragedies alongside their canine companions.

Noley Reid’s fourth book, Origami Dogs, is a testament to her mastery of the form. Here, dogs rove the grounds of their companions’ emotions. The creatures in this short story collection often act subtly, serving as witnesses without language, exacerbating tension and providing relief to the human characters. Sometimes they are central to the stories’ plots, such as in the lead story, “Origami Dogs,” which focuses on Iris Garr, a dog breeder’s teenage daughter, as she begins noticing odd birth defects in new litters and realizes she must confront her mother, whom she loves yet cannot help but resent. In some stories, teens struggle toward womanhood or wrestle with sexuality and queerness, confronting parents who are unable to provide the care or support they need. In other stories, Reid’s characters are adults striving to be better spouses, parents, or both, and are often grappling with life-changing events—like a new disability or the loss of a child. Despite the gravitas of these tragedies, with Reid’s touch, they feel alive, present, and painfully close. Reid brings us to her characters in the fierce damp aftermath of calamity and asks us to dwell with them until new possibilities arrive.

At these tipping points, the characters of Origami Dogs stand ready with their dogs (or memories of them), to take the next step. By turns tender, moving, and devastating, this story collection is a celebration of the bond of devotion possible between humans and dogs, and it presents an intimate rendering of the lives we share.

"In every story of Origami Dogs, Reid’s tenderness for her characters shines through, illuminating their beautiful yearning for connection, love, and acknowledgment. I read with my heart in my throat, eager to follow wherever Reid took me, and eager to linger with each character before they were gone."

David James Poissant, author of Lake Life and The Heaven of Animals

"Origami Dogs folded my mind into a quivering heart. Within its pages, Reid captures contemporary society's terrible turbulence and grace-filled consolations like no one else. To borrow from one of Reid's own gems, these fierce stories are the bubbling, fiery, terrifying, gorgeous “innards of a volcano."

Ethel Rohan, author of In the Event of Contact

"Reid's compassionate collection doesn’t shy away from the violent and grotesque, nor the intimate and beautiful. These stories are about pets, yes, but they’re also about people—about all of us, really—and how we navigate traumas created by ourselves and inflicted upon others, all while the animals in our lives watch with bewilderment. Always engaging and often harrowing, Origami Dogs delivers powerful stories that will stay with you long after you’ve read them."

"These tales highlight morally complex situations that don’t have easy solutions, and they don’t hide from the unpleasant truths of the characters. Reid allows them to make mistakes and bad decisions without losing sympathy or compassion for them. Most of all, these relatable stories manage to get to the heart of what it means to love, to be part of a family, and to continue on after tragedy... An earnest and often affecting set of tales."