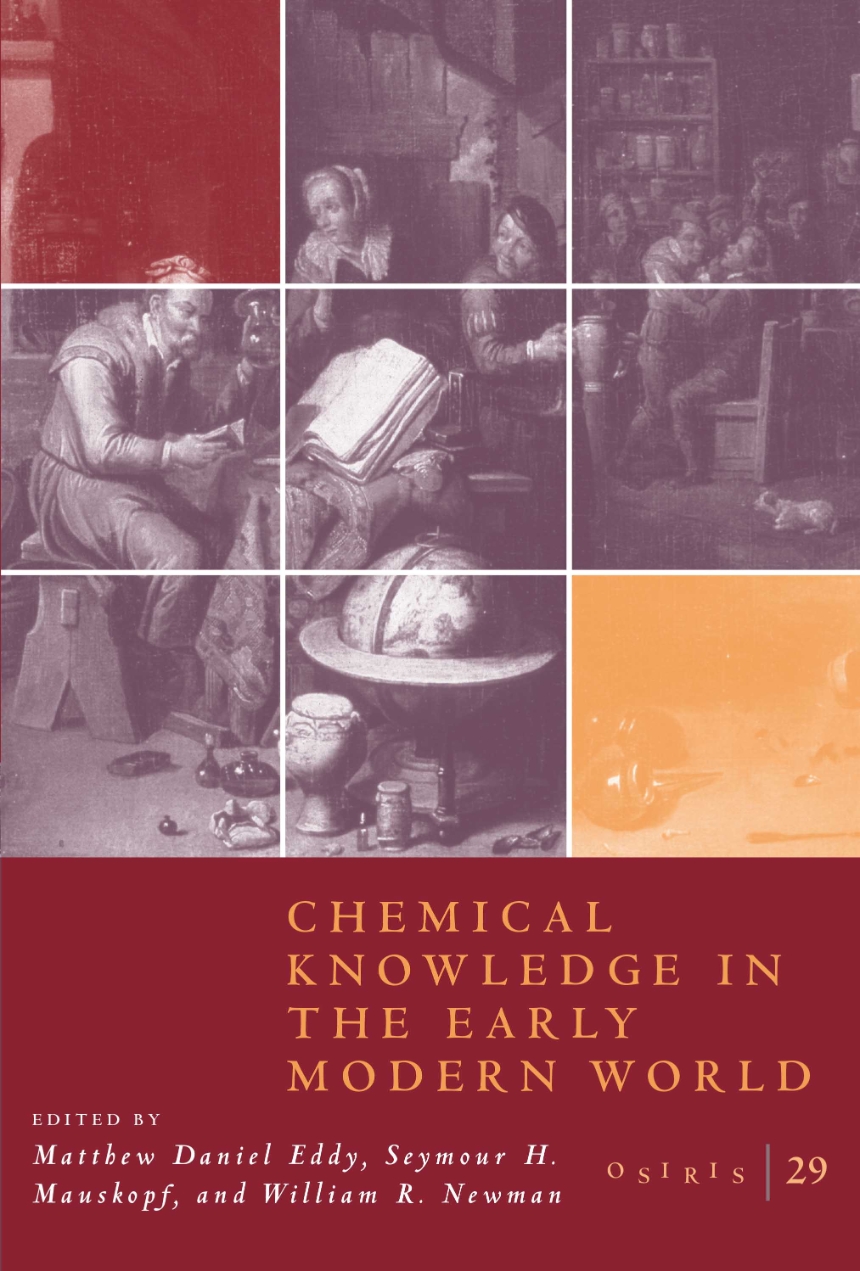 The last twenty-five years have witnessed some provocative transmutations in our understanding of early modern chemistry.  The alchemist, once marginalized as a quack, now joins the apothecary, miner, humanist, and natural historian as a practitioner of “chymistry.”  In a similar vein, the Chemical Revolution of the eighteenth century, with its focus on phlogiston and airs, has been expanded to include artisanal, medical, and industrial practices.  This collection of essays builds on these reappraisals and excavates the affinities between alchemy, chymistry, and chemistry from the sixteenth to the eighteenth centuries.  It reveals a rich world of theory and practice in which instruments, institutions, inscriptions and ideas were used to make material knowledge.  More generally, the volume will catalyze wide-ranging discussions of material and visual cultures, the role of expertise, and the religious and practical contexts of scientific inquiry.

Eloquence in the Marketplace: Erudition and Pragmatic Humanism in the Restoration of Chymia
Bruce T. Moran

Robert Boyle, Transmutation, and the History of Chemistry before Lavoisier: A Response to Kuhn
William R. Newman

The End of Alchemy?: The Repudiation and Persistence of Chrysopoeia at the Académie Royale des Sciences in the Eighteenth Century
Lawrence M. Principe

Etienne-François Geoffroy (1672–1731), a Chemist on the Frontiers
Bernard Joly

CHEMISTRY IN THE 18TH CENTURY
Communications of Chemical Knowledge: Georg Ernst Stahl and the Chemists at the French Academy of Sciences in the First Half of the Eighteenth Century
Ku-ming (Kevin) Chang

How to See a Diagram: A Visual Anthropology of Chemical Affinity
Matthew Daniel Eddy

Between the Workshop and the Laboratory: Lavoisier’s Network of Instrument Makers
Marco Beretta

Pharmacy and Chemistry in the Eighteenth Century: What Lessons for the History of Science?
Jonathan Simon

Concluding Remarks: A View of the Past through the Lens of the Present
Bernadette Bensaude-Vincent