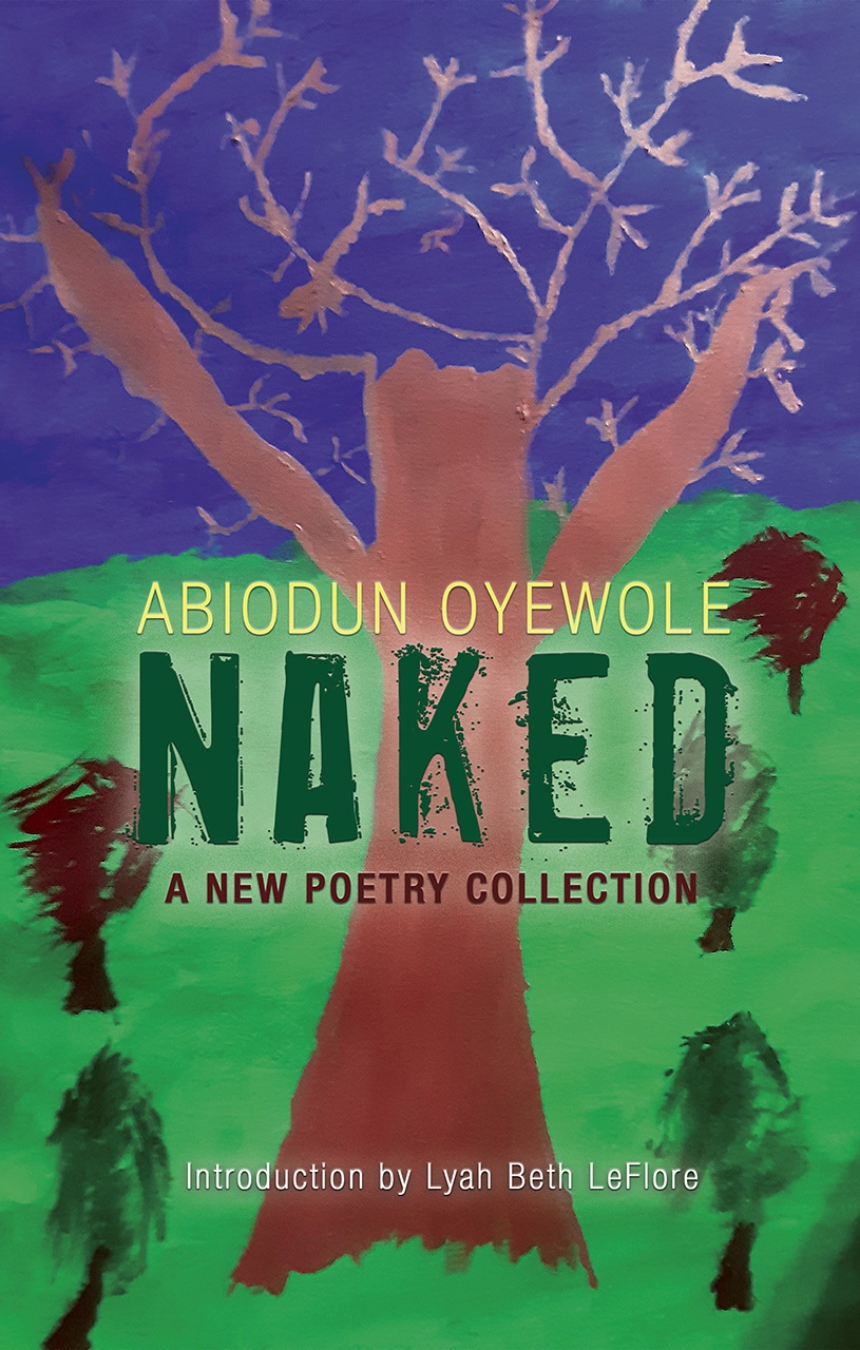 With an Introduction by Lyah Beth Leflore
In his new collection of poetry, Naked, Abiodun Oyewole unveils his thoughts on self-love, forgiveness, lost love, survival, and cultural identity. Known as a founding member of The Last Poets, a spoken word performance group that arose out of the black nationalism movement in East Harlem in the late 1960’s, Oyewole brings his revolutionary voice to this collection. His writing is straight-forward, engaging, and intense, with the poems taking on the shape of various emotions. Inspired by the “naked poetry” of Juan Ramón Jiménez, Naked is rooted in a striving for freedom, for an essential natural state devoid of all external adornment, turning sensations into concepts that express the concrete realization of nature itself. Written in free form, the brief transcendental poems of Naked convey the character of Oyewole, who has evolved into a master poet of his generation.

"Founding member of the seminal spoken-word initiative the Last Poets, thought by many critics to be the first hip hop group, Oyewole is a sublime force of scholarship and creativity. A born storyteller, he has infused his newest collection with a powerful sense of humanity. . . . With an exuberant and informative introduction by Lyah Beth LeFlore, Naked is a solid and universal volume by a masterful poet."