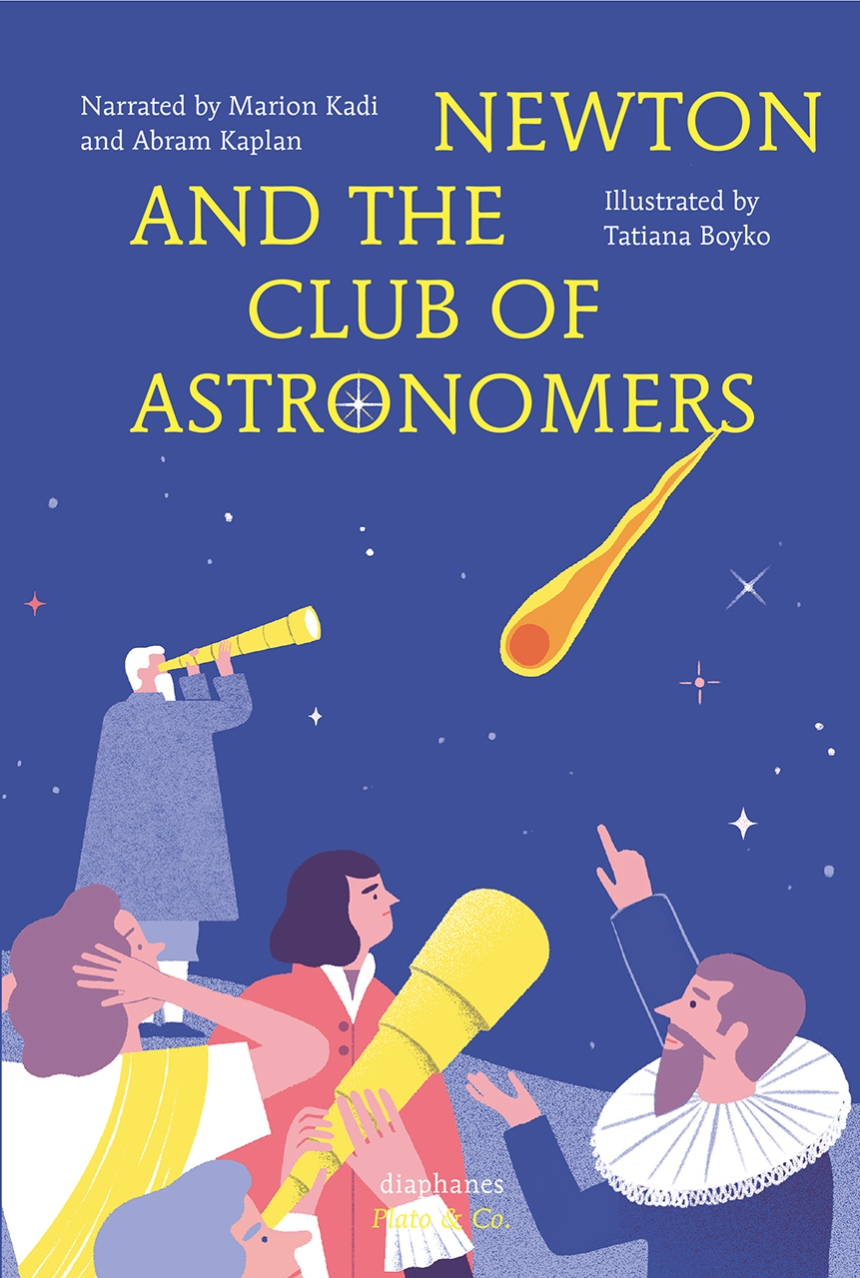 Newton and the Club of Astronomers

Newton and the Club of Astronomers

Illustrated by Tatiana Boyko
Translated by Jordan Lee Schnee
We know Isaac Newton as a brilliant polymath, inventor of the calculus and the person who first began to suss out the fundamental laws of physics. But in this delightful account of his life and thought aimed at young readers, we learn oh, so much more about Newton and his secret life . . . on the dark side of the moon.