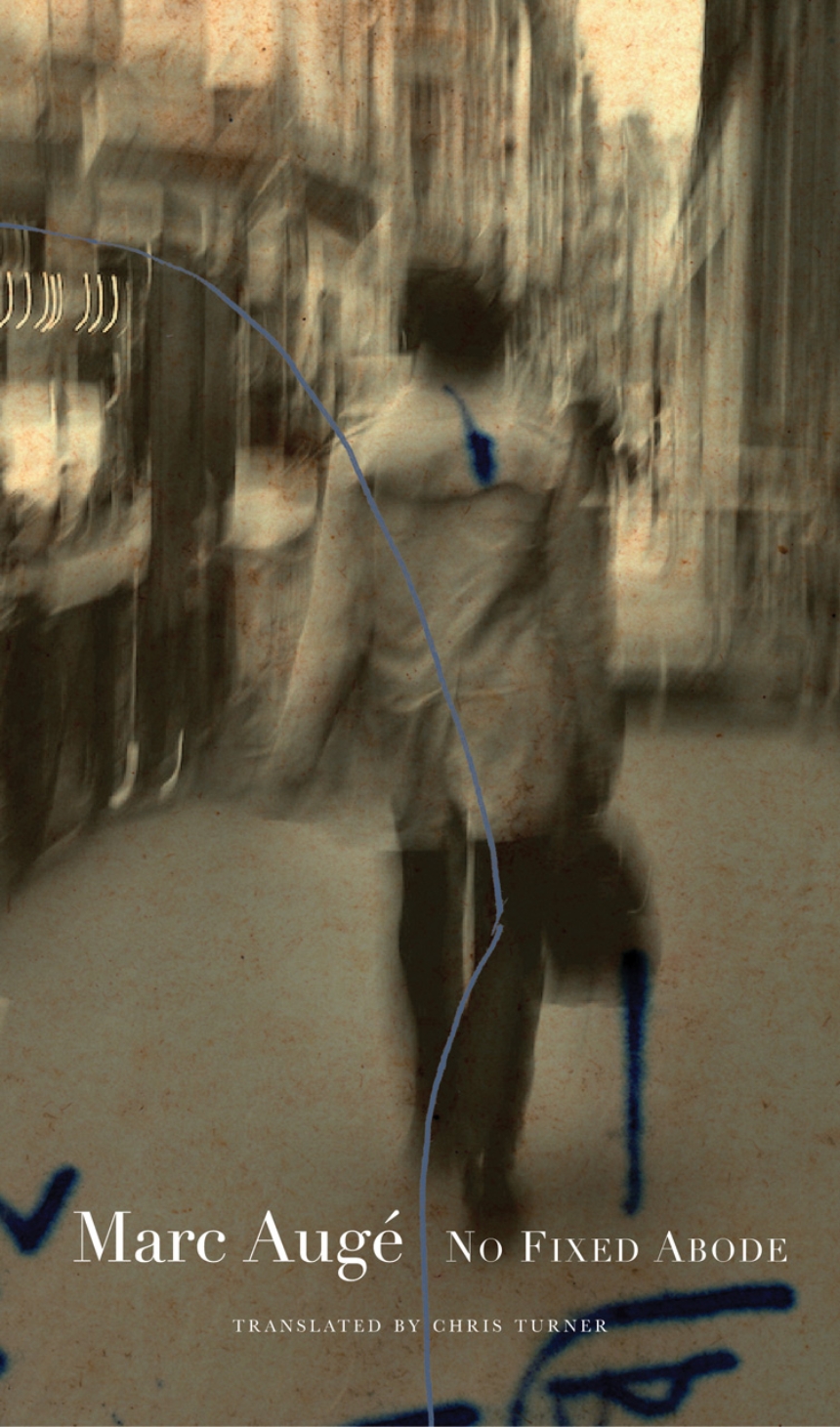 Translated by Chris Turner
In recent years, social workers have raised a new concern about the appearance of a new category among the working poor. Even employed, there are people so overburdened by the cost of living and so under compensated that they cannot afford a place to sleep. Contrary to popular opinion, according to the website for the Coalition for the Homeless, forty-four percent of the homeless in first world countries actually have jobs.
In No Fixed Abode, Marc Augé’s pathbreaking ethnofiction—a fictional ethnography—a man named Henri narrates his strange existence in the margins of Paris. By day he walks the streets, lingers in conversation with the local shopkeepers, and sits writing in cafés, but at night he takes shelter in an abandoned house. From here, we see a progressive erosion of Henri’s identity, a loss of bearings, and a slow degeneration of his ability to relate to others. But then he meets the artist Dominique, whose willingness to share her life with him raises questions about who he has become and about what a person needs in order to be a part of society.
This is a book about how we live in geographical space and how work and patterns of domicile affect our status and our inner being. Despite the apparent simplicity of the fictional premise, Augé’s book asks serious questions about the nature of our culture.

“With No Fixed Abode, anthropologist Marc Augé uses the form of the novel to explore the emergence of a new class of poor: those who work, but are left homeless, unable to afford rent. . . . In this book, Augé explores the need for place, writing that without this point of reference, man loses his identity. And this is especially easy when, like Augé’s hero, we find ourselves facing the vertigo of absolute isolation. A bitter and chilling story of the present day.”