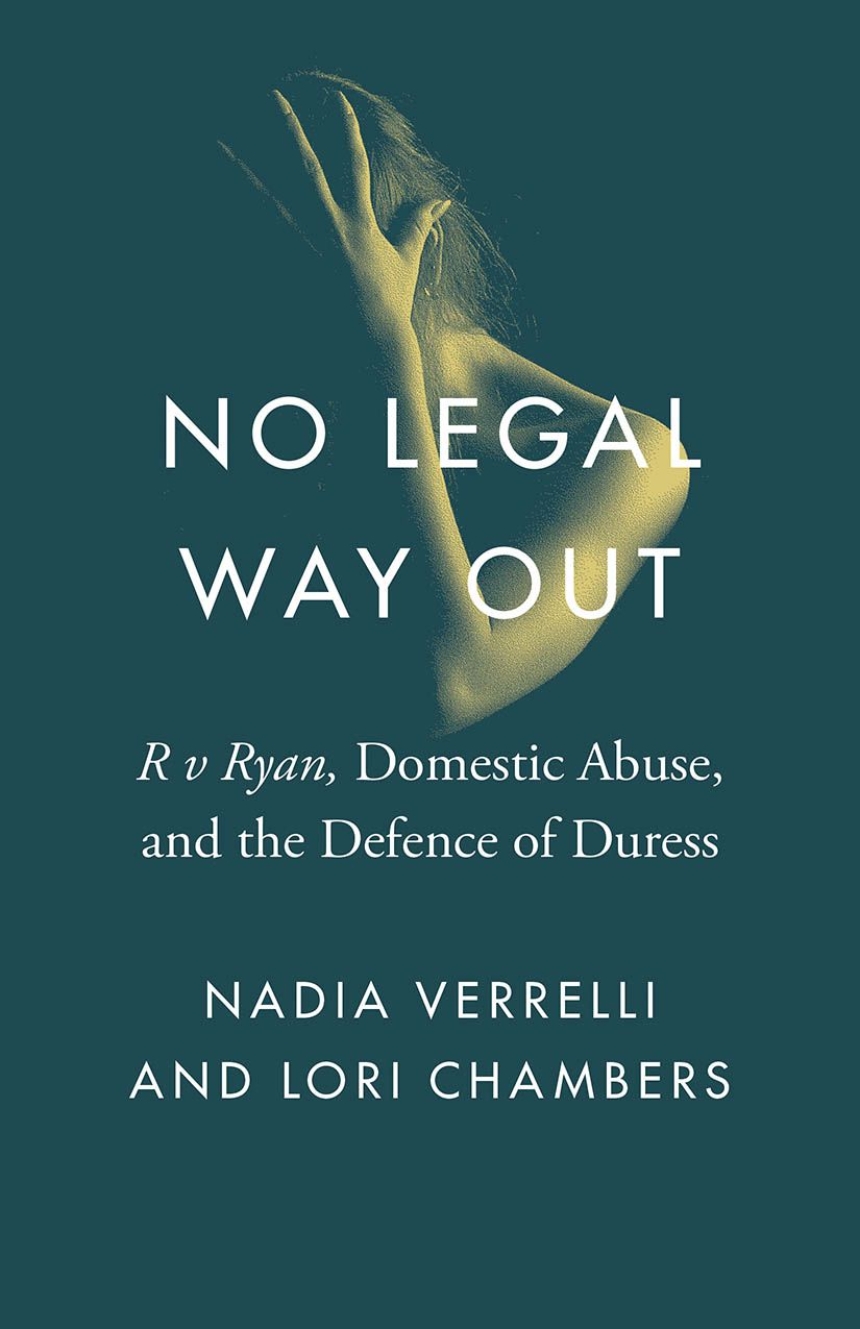 No Legal Way Out

"R v Ryan," Domestic Abuse, and the Defence of Duress

No Legal Way Out

"R v Ryan," Domestic Abuse, and the Defence of Duress

A feminist analysis of the R v Ryan decision’s lasting impact on domestic abuse in Canada.

In 2013, a Canadian sting operation caught Nicole Doucet hiring a hitman to murder her husband. What was supposed to be a slam-dunk case spiraled into two contentious, highly publicized trials that limited the legal options for women seeking to escape abuse. In the first trail, Doucet was acquitted on the basis of duress in the context of abuse. The case was appealed to the Supreme Court, where her acquittal was overturned. However, the court castigated the federal police for not protecting her, prompting a one-sided investigation that ultimately exonerated the force and garnered substantial critical media attention for Doucet. An unabashedly feminist analysis, No Legal Way Out explains how and why the court, police, and media failed all trapped by intimate partner terrorism.

“Verrelli and Chambers provide readers with a marvelously compelling version of a case with great public importance. This is an important and impressive work.”

“The R v Ryan case is extremely novel in legal terms, at all levels of court, and the paucity of study about it makes No Legal Way Out particularly important.”

Elizabeth A. Sheehy, University of Ottawa