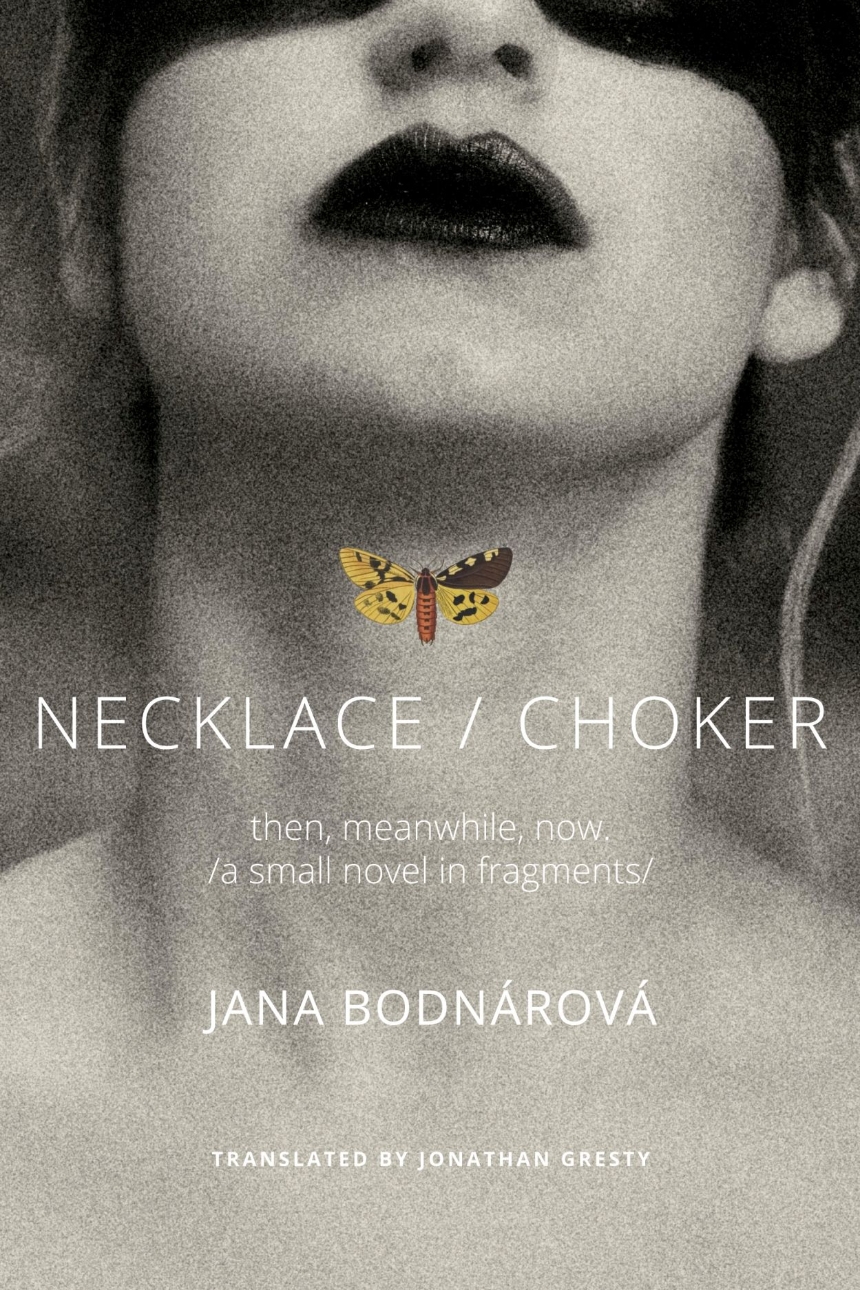 Translated by Jonathan Gresty
An engrossing novel about the lives in a small Slovak town during the tumultuous twentieth century.

In this highly acclaimed novel, Jana Bodnárová offers an engrossing portrayal of a small Slovak town and its inhabitants in the north of the country against the backdrop of the tumultuous history of the twentieth century. As Sara, the protagonist of Necklace/Choker, returns to her native town after many years in exile to sell the old family house and garden, she begins to piece together her family’s history from snippets and fragments of her own memory and the diaries of her artist father, Imro. A talented painter, he survived the Holocaust only to be crushed by the constraints imposed on his art by Stalinist censorship, and Sara herself was later driven into exile after dreams of socialism with a human face were shattered by the Soviet-led invasion of Czechoslovakia in 1968.

Through their stories, and that of Sara’s friend, Iboja, the daughter of a hotelier, readers will be immersed in key moments of Slovak history and their bearing on the people in this less familiar part of Central Europe.

“By creating a complex composition of fragments depicting various periods in the stories of two friends, Sára and Iboja, and their loved ones, and by blending several stories and gradually revealing their secrets in a sophisticated way, the author paints an almost seamless fresco of a town grappling with the demands and cruelties of its epoch while trying to cling to their dignity.”

She sat on the rickety old bench and looked at the dilapidated   summer house, or ‘garden   parlour’,  as   Sára’s   mother used   to   call   it.   Sára   would   be   so   happy   to   see   her   mother again: drying her hair after washing it with egg shampoo, tilting her head so that her long blonde mane could almost touch the ground, running her fingers through it and listening to a song on the radio coming through the open window:
Turn off the lanterns, I want to see the dark. He hasn’t come, he hasn’t come . . . .
Let the fireflies lead me home . . . .

Mama sang in the summer house together with the high-pitched female voice on the radio. There was a smell of pea soup and freshly cut parsley, mixed in with the scent of lilac and exhaust fumes from the road.

Sára would like to sit like that for a long time on the old bench. Someone had stolen its snake-shaped metal armrests and one of the wooden planks forming the backrest was also missing but she could still sit there for hours in the swirling breeze of the summer night. The moon was like a burnished crystal   bowl, greenish   in   color. A   black-green   beetle   was making its way up the leg of her pyjamas and it occurred to her how much life, miniature and alert, there was in an abandoned garden. It was not a dead place at all. She had woken up just one of those tiny sleeping creatures!

She would breathe in those opiate fragrances and think of nothing in the abandoned garden. She used to scatter all her toys amongst those flowers and bushes, coddling, threatening and even shouting at them. She was not afraid of frogs or lizards on rocks, nor of mice emerging from their hide away sin late autumn. She would catch them by their tails and when they started screeching and swinging from side to side, would let them go. She remembered how a man, probably her father, lifted her up high and she was afraid he would drop her and break her bones. It would be like when she threw a stone at her chubby little doll which always rolled over onto its belly and   for   a   moment   would   go   on   rocking   comically.   Sára wanted to know the reason why it rocked like that but could only do it by smashing open the round belly of the green doll with its wide eyes and cheeks and lips painted a bright pink.

A curtain patterned with birds fluttered out from an open window. Sára hadn’t closed the door behind her and there must be a draught because something was banging inside, per-haps the door she had left open. But she had no reason to be alarmed: there was no girl sleeping there, no cheap prostitute from the railway station used to men’s hands rather than the spiders and other insects that would now be exploring her. No dock leaves, the fans of geishas, would be fanning her. A thin cloud filtered out the brightness of the moon; Sára imagined it had, at that moment, the same color as a lake she could see to the bottom of, a place deep down where things went on which no one had yet discovered. She had come back to that place, her father and grandparents’ house after many years, like a diver going down to the very bottom of that lake to dis-cover submerged things hidden amongst the algae, soft and indistinct.