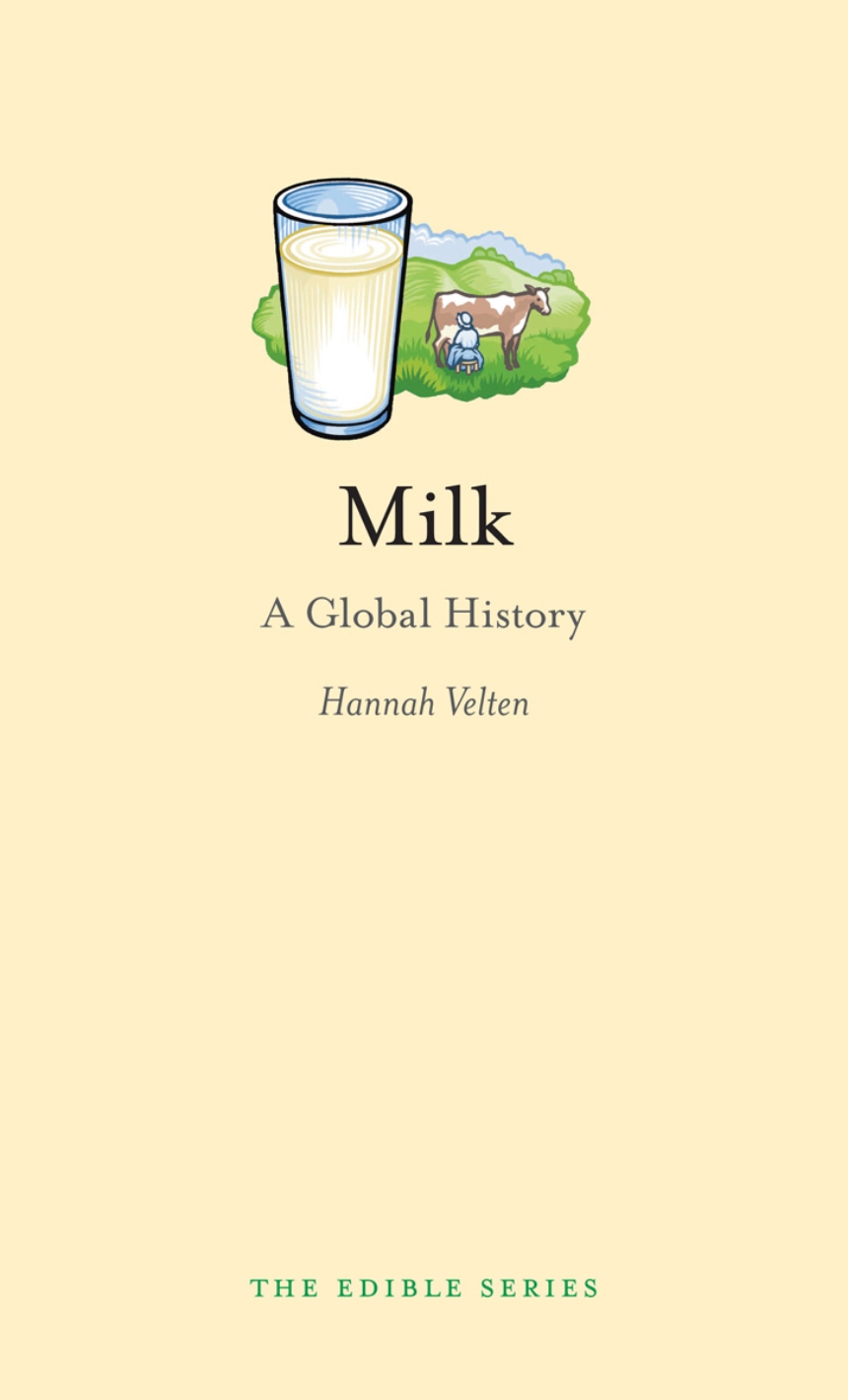 Milk—“It does a body good.” It’s difficult to deny the truth of the American Dairy Council’s former advertising campaign. From birth milk is the sustaining and essential food of all mammals. It is the first food we ever taste. And yet, despite that natural relationship to milk, the majority of the world’s population cannot digest it in the form most often available to adults—cow’s milk.

In Milk, Hannah Velten explores the myths and misconceptions surrounding the ubiquitous drink. Modern milk processing produces a safe, clean beverage that is very different from pure milk straight from the cow. Nonetheless, there are many advocates of raw milk that long for the days before pasteurization, homogenization, and standardization. Yet milk in the time before these scientific processes was even less natural than today—known then as the white poison, it was bacteria-ridden, mixed with additives to make it look like milk after the cream was removed, filled with chemicals to promote its shelf life, and extremely watered down.

Now that milk is considered a staple of a healthy and balanced diet, Velten investigates how and why conceptions of milk have shifted in the public consciousness, from the science of nutrition to the dairy industry’s advertising campaigns. This highly illustrated exploration of one of the most fundamental foods and drinks also includes recipes for ice-cream, milkshakes, and even milk paint.  Milk will surprise and entertain in equal measure.

"Each book in the Edible Series describes a food or drink—its history, how it has evolved and how it has figured in various cultures across civilization. . . . Printed on heavy, rich stock with drawings and color photos, they are an appetizing bunch."