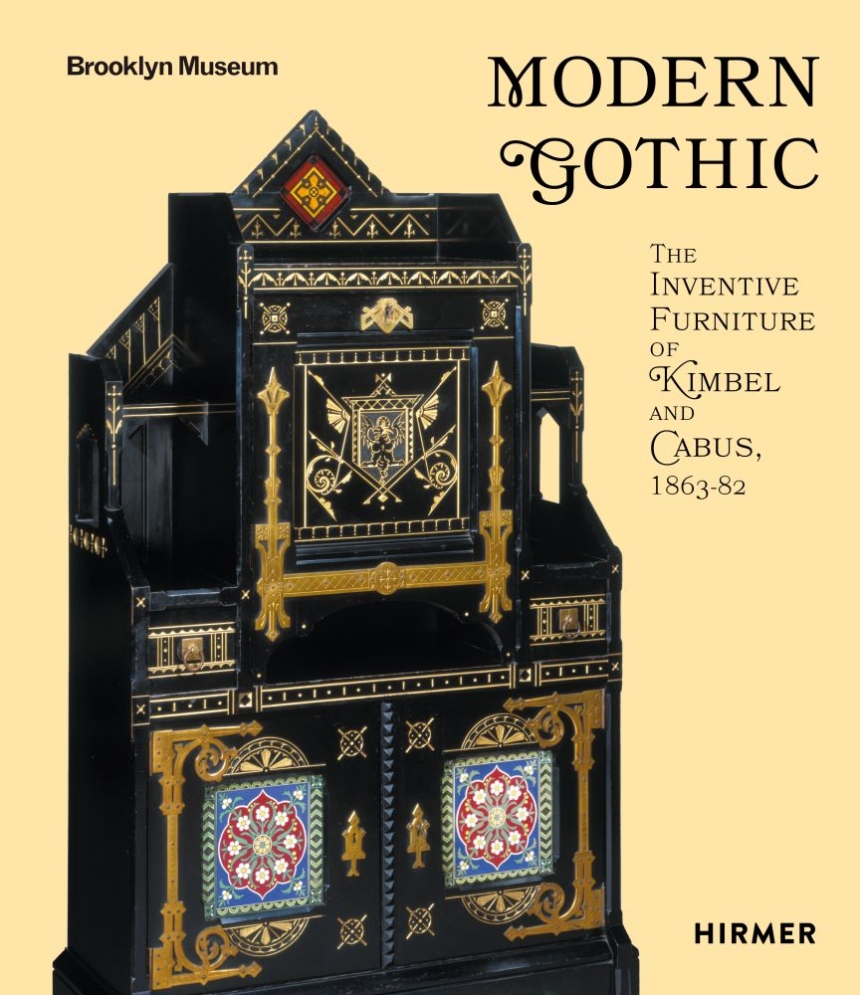 Kimbel and Cabus were among the most progressive design reformers of their time. Modern Gothic is the first publication to explore the timeless American immigrant success story of the trailblazing New York City design team who captured national attention with their imaginative furniture forms and defined a significant aesthetic in the United States.

Kimbel and Cabus produced an amazing variety of modern gothic furniture and worked in a panoply of styles to satisfy the broadest range of markets. They also produced one of the first photographic catalogues for use as a selling tool. Their remarkable story is painstakingly reconstructed using primary sources to illuminate the importance of this progressive company as illustrated through period documents including advertisements, city directories, census and credit reports, and other printed materials alongside new photography.

"A captivating exhibition of mixed-media design, the Brooklyn Museum’s Modern Gothic: The Inventive Furniture of Kimbel and Cabus, 1863-82 comes with a catalog from Hirmer Publishers. Edited by Barbara Veith and Medill Higgins Harvey, the book is the first in-depth study of the partnership of Anton Kimbel and Joseph Cabus, European-born craftsmen who founded a furniture-making dynasty in New York."