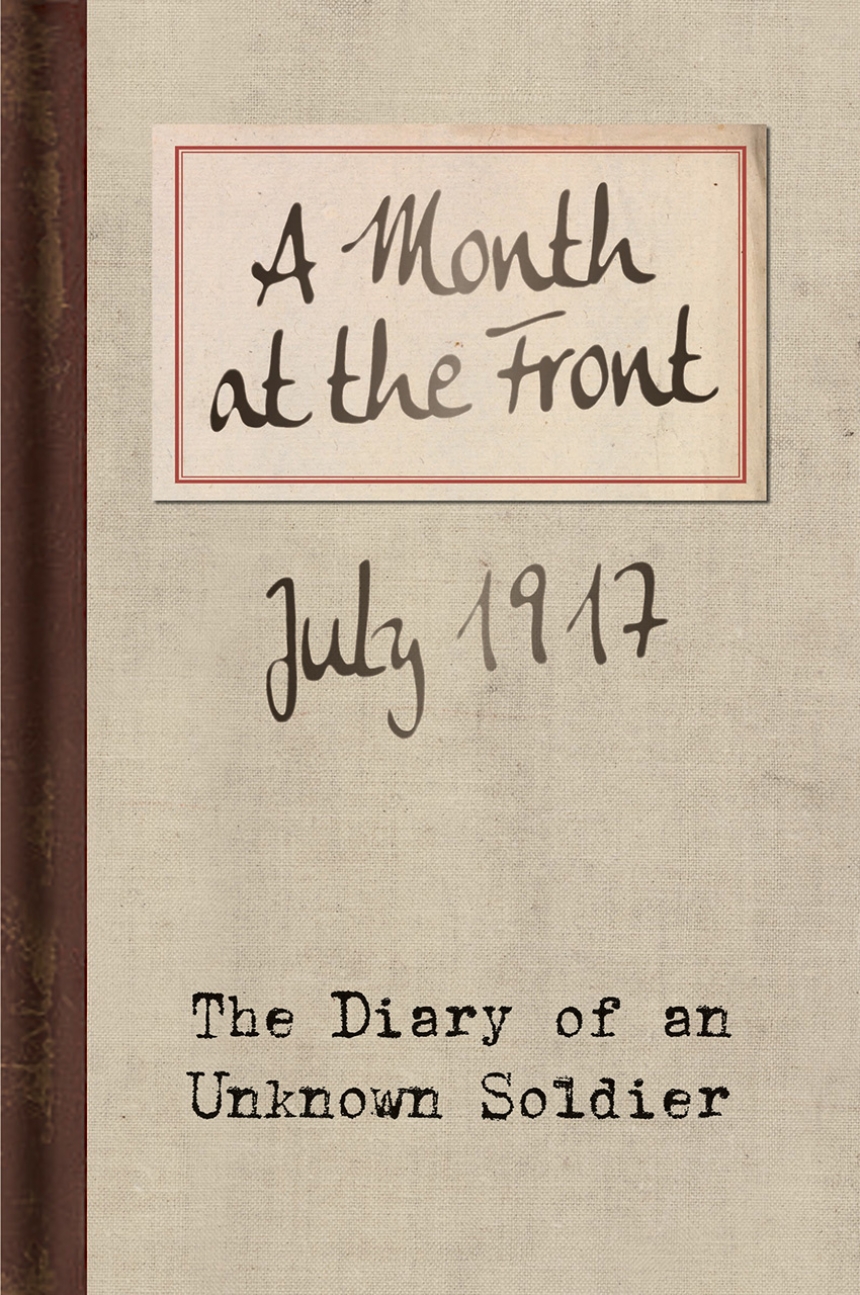 A Month at the Front

The Diary of an Unknown Soldier

A Month at the Front

The Diary of an Unknown Soldier

In July 1917, a young man in the 12th East Surrey Regiment kept a journal of his experiences at the front. This account is narrated with a keen sense of observation, bringing to life the sights, sounds, smells, and horrors of war. The anonymous author candidly describes his daily life: dodging shells to fetch meals from the rations cart; his regiment lost on a march, straying perilously near enemy lines; the selfishness of his commanding officer; the daily distribution of rum; the soar of shells above his head; communicating by sign language with a captured German soldier living in his trench; catching sleep in snatches of ten or fifteen minutes; and always, the endless mud. The young soldier describes how his comrades gradually fall one by one, until he and three remaining fellow soldiers are captured by the enemy, an event that abruptly ends the narrative.A Month at the Front offers a fresh and personal perspective on war. The manuscript, acquired by the Bodleian Library, is an authentic firsthand account from a young, anonymous soldier. It is a poignant and moving story of a young man thrust into fatal circumstances.