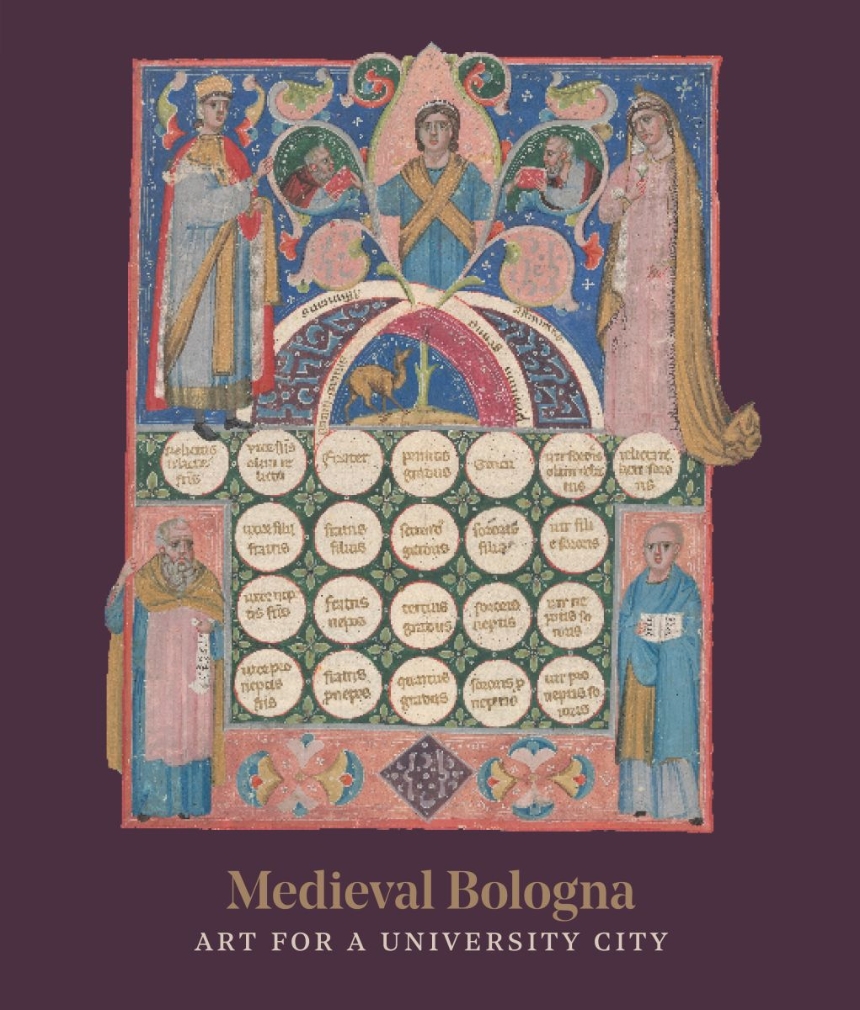 Art for a University City

Art for a University City

Richly illustrated, this is the first major study in English to explore the art made during the late Middle Ages in Bologna, home to the oldest university in Europe.

Beginning in the late eleventh century, masters and students flocked to Bologna to study Roman law, creating the academic setting that gave rise to the city’s unique artistic culture. Professors enjoyed high social status, tombs carved with classroom scenes made for impressive lecture halls, and, most important, teachers and students created a tremendous demand for books. By the mid-thirteenth century, the city had become the preeminent center for manuscript production in Italy.

Accompanying a major exhibition at Nashville’s Frist Art Museum, the essays by academics, curators, and educators in Medieval Bologna create a rich context for the nearly seventy works of art in the exhibition. Drawn primarily from American libraries, museums, and private collections, many of the works have never been studied or published before. The authors discuss the illustrious foreign artists called to work in the city, most notably Cimabue and Giotto; the devastating wake of the Black Death; and the political resurgence of Bologna at the end of the fourteenth century. This captivating illustrated tour of medieval Bologna—its porticoed streets, stunning piazzas, mendicant churches, and more—shows us how the city became a center for higher learning and expands our understanding of art in the medieval world.

"Medieval Bologna is the first comprehensive study of the art of medieval Bologna….This volume addresses [this history] along with questions of attribution and dating, showing the close connection among artists, friars, and the university in creating a vibrant intellectual culture that weathered the bubonic plague through the 1400s."

"Ultimately, through Kennedy’s careful editing and curating, Medieval Bologna provides readers with a beautiful view of a thriving 13th—and 14th—century Italian hub of creativity. The high production value of the catalog reinforces the logical that a book about books should be so luxurious. Every detail has clearly been thought through from the dusty rose flyleaf to the glossy gold lettering on the front cover to the elegant typeface used. The quality of the essays is also a shining feature of this catalog, at times offering new insights into the methodology of art history as it relates to books and at other times probing deeply the style and aesthetics of these objects as a means of better understanding the sociopolitical and religious contexts in which they were made. This collection of words and images does justice to the rich historical tradition of book production and use in medieval Bologna and makes fresh an area of art history that promises exciting new intellectual pathways for scholars to explore."